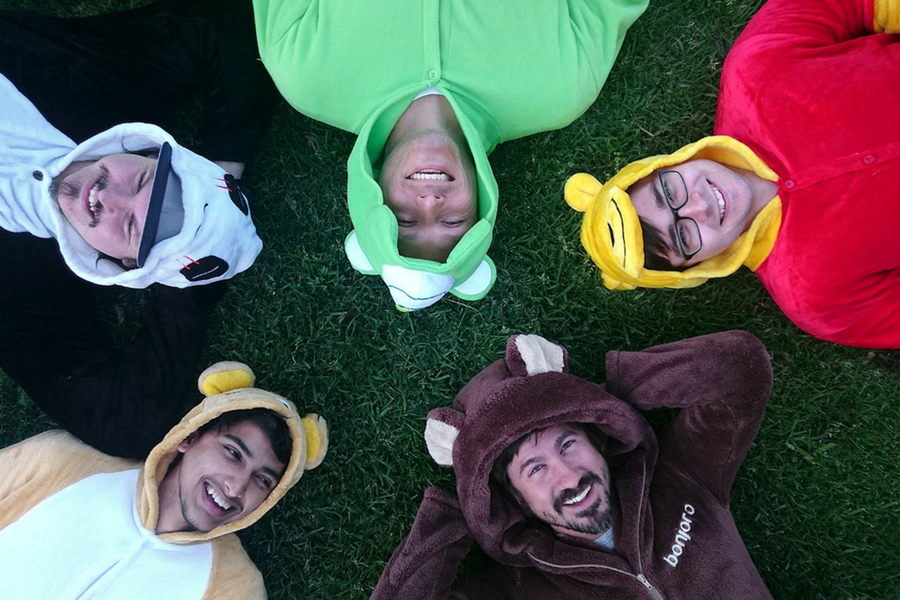 Regardless of industry, connecting with customers is one of the greatest challenges that businesses face. This is particularly difficult within a competitive market, where it can be difficult for a consumer to separate each brand beyond their logo and tagline.

To help make their mark on a customer, it’s become the norm for businesses to send direct emails out thanking patrons for their time, signup, or purchase. More often than not, however, these ‘personal’ emails are nothing more than an automated block of text which end up at the bottom of a customer’s third email address amongst a pile of dozens of others just like it.

Bonjoro is a mobile app looking to renew the way businesses tackle engagement by allowing them to send quick, personal video messages directly to their customers.

The Sydney-based startup wants to be the driving force behind replacing text emails as the formal method businesses use to connect with customers, instead helping them create a more engaging experience.

Considering personalised videos are undoubtedly a more engaging medium for a customer to view than text, Bonjoro allows businesses to record a personal video message addressing a client or customer before sending it to their email address.

Speaking on the relevance of the video medium in forming a strong relationship between brand and customer, Bonjoro’s founder Matthew Barnett explained that consumers are past the lack of personalisation within automated text emails.

“People are moving beyond automation while the online space is getting to the stage where anything you buy or do comes with competitors. So it’s all about personalisation and building a relationship with a team or brand, because that’s something that sticks,” said Barnett.

“People love relationships, so taking the time to engage with them on video goes a long way.”

Barnett’s ideas on personalising the business-to-consumer (B2C) relationship comes from experience, as the entrepreneur ran into obstacles when attempting to engage clients within his first startup, Verbate.

The business, which provides an online platform where users can conduct video surveys, has attracted an international user base since its launch in 2012. Barnett said that when users would sign up for the platform he would send them a “thank you and welcome” email, but found these messages weren’t pulling in high response rates.

Using a hack inbuilt into Slack, the Verbate team developed a private method of receiving a notification when a new customer signed up and responding to them with a short video.

“It was something we only used internally, but it tripled our response rates overnight. It got to a stage where every week a customer expressed interest in using the service itself, so we went on to built a closed beta,” said Barnett

Bonjoro launched its open beta app on the Android and iOS store during December last year, allowing users to connect any CRM software to the platform after they’ve created an account under a business’ email address.

Whenever a new customer signs up to the business, the user will receive a notification on the app which will display as much information on the customer as the app can find, typically consisting of their full name, place of work and age.

To send a video message, a business simply selects a customer, records the video using their phone’s camera, selects a thumbnail and sends the video away as a link on an email. The customer who receives the email gets a preview of the thumbnail and is able to follow the link to an external page with the video on it.

In order to reduce data usage, videos feature in only 480p, similar to other video connection apps such as Snapchat. Unlike Snapchat, however, there’s no limit on how long the videos can be.

By logging into the Bonjoro website, businesses are also able to customise the external page where their videos preview, although this feature is bundled within the app’s premium package of US$15 (AUD$20) per user each month.

According to Barnett, Bonjoro has gained 40 paying users and, of course, is now looking to boost its user base.

Skipping past the difficulties of bootstrapping, Barnett was able to fund the app’s development off the back of his previous company. He will look to raise funding this year to further develop the app,  as a slew of new features wait in the pipeline, including the ability to send video messages to customers on Facebook, Twitter and SMS.

“We’ve also just added a feature to integrate Gmail, so you don’t have to use a CRM to send emails to customers,” Barnett said.

With many catching on to the value of video as a marketing tool, there is competition on the space: Melbourne’s Data Creative, for example, allows businesses to send personalised video messages based on various templates, on a large scale for any occasion, whether it be a sign up or email alerting them to a discount or deal.

The startup ran a campaign for Hawthorn Football Club with a simple video message saying, ‘renew your membership for the new premiership season, starting 2016.’ This message was sent out to all their previous members who hadn’t yet renewed, which was the core message, however from this 72 core variations spun from that core message to generate further tailored videos.

Despite the competition, Barnett is hoping to raise over $1 million to fund Bonjoro’s expansion into the UK and US.

“We want to smash expectations and grow the platform to change the way businesses interact with customers and look to replace how email’s used,” said Barnett.