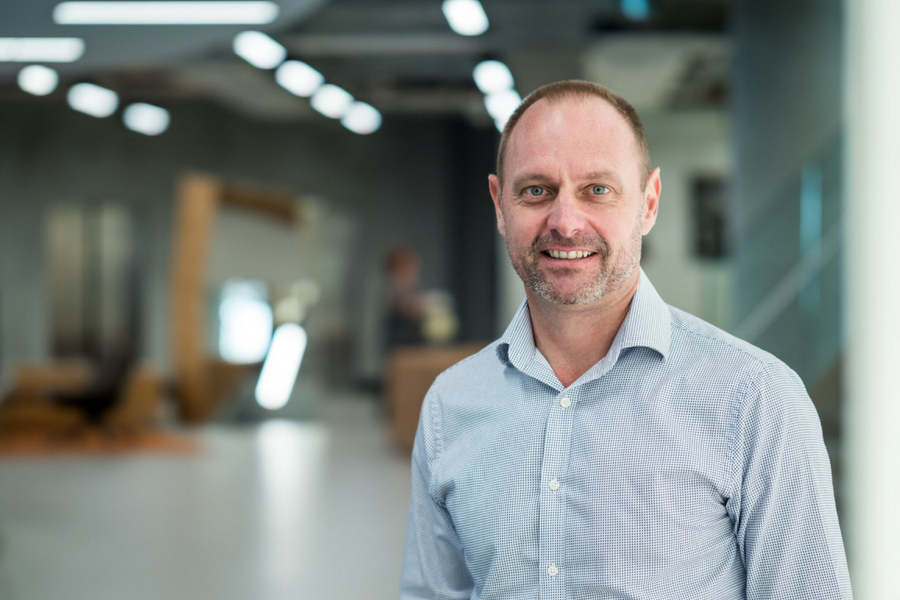 The Adelaide-based company built a hardware device with sensors that clips into exercise resistance bands or testing equipment which then connects to your smartphone via Bluetooth. As soon as a person uses the band, data is captured and fed instantly to an app so they can measure how hard a person is going, how much they’re doing and how to progress effectively.

The device can be used in conjunction with physiotherapists and medical professionals to help treat patients. It’s the device’s potential that is the most exciting, with industries including sports, fitness, medical and healthcare a potential target.

We’ll start with the conception of the idea. As you’re a physiotherapist, what moments necessitated such an idea?

This story really started from my mother, she was on a caravan trip up the east coast of Australia with my father and she tripped and fell on a footpath and landed face first, and put her arm out and hurt her shoulder. Through the course of time she was having a lot of problems with her shoulder, and with the physiotherapist she was seeing. She rang me up and asked ‘can I have some free treatment? I’m not doing too well, I’m struggling to sleeping well at night, I can’t manage.’

I got her to come over to Adelaide, had a quick look at what was going on and in that moment I rang my brother and said to him, ‘mum’s doing the right things but I think she’s doing too much. She should only do very small amounts and do it in a particular way without aggravating her shoulder to help her progress.’ It’s what we call static contraction (strengthening the shoulder muscles without moving the joint), so there’s no aggravating movement in her shoulder.

My brother and I put together a really rough prototype, what we called The Brick, and that allowed us to just measure and quantify how much force our mum could put on an exercise band to help her shoulder. And it actually worked.

The interesting thing that came out of it was my dad was using it. He didn’t tell anyone he had a sore shoulder for over 12 months. My parents lived on a golf course and my dad thought if he told mum he had a sore shoulder she wouldn’t let him play golf, so he kept it all quiet. But he was using this device in his shed and measuring it, and he started to write down all of the data behind what he was doing and he said to me, ‘you need to do something about this because this thing works’.

Your dad encourages you to go with this idea, how did it progress from there?

I spoke to someone in Adelaide about what my brother and I had done, then through speaking to various people I ended up meeting someone at Flinders University who wanted to build it due to its value and potential. It snowballed ever since.

And they helped you develop the first prototype and the iterations of the product since?

We had initial discussions and they were interested. I put together a lot of prototypes myself, really rough ones, and the Medical Device Partnering Program (MDPP) headed up by Karen Reynolds at Flinders University was the driving force behind it. She got her team to look at the feasibility of it, determine if it could it be built, assess the technical and commercial risk, obviously bringing a lot of expertise to the table. Through that we built a lot of relationships and some of those relationships are still ongoing which has allowed us to be placed within the university to access researchers and professors.

That’s one of the things that we’re solving. But there’s other things still to come which we won’t publicly release just yet. We’re holding off on giving the full product suite as we’re heavy in R&D.

We‘re tackling sport first because everyone understands sport, they’re early adopters with clinicians. The sports market has 4000 professional sporting clubs globally that we could sell to but the big picture is we could sell to the multibillion dollar healthcare market and that’s the really exciting one.

There’s also the baby boomers that need to do rehab for a particular reason. For example, at 40 years of age your power starts to drop off and at 50 your strength starts to drop off significantly. Therefore making sure we can assist a person’s ‘general functional strength is important for them.’ The bigger picture we see is improving healthcare, wellness and awareness.

When you were trialing the product over the last 12 months, were there any findings that were surprising?

The big thing that really surprised us was the usability. Initially we had to show people how to use the product, be quite demonstrative. We then made a slight change to the design and software to create an educational component. When someone picked up a device and first turned it on we allowed them to start playing with it straight away because what we worked out pretty quickly was people don’t hook it up to a band, they hold the device in their hand and want to see real life data straight away.

We did move away from our initial offering which was very data-centric to more of a design experience where people can understand what to do and that was critical.

We have athletes using it independent of us and the feedback we’re getting is that users are really receptive to the real time feedback.

They’re the administrator of their own data and have the power to share it with their physio or health practitioner as they choose. They can see their results in real time.

We can allow for a sharing model where the owner has complete control and can decide whether to share their data with practitioners.

The bigger picture is that we want to improve healthcare. We want to help people’s health and for them to lead a healthier and happier life and to do that we need evidence in the form of data.

How close is the product ready to be launched into the wider market?

The feedback loop is very important for us as we develop strong relationships which allow us to focus on building better products and servicing people much better. Our initial offering will be somewhat selected towards foundation partners to people who can provide value back into building better products. We care about serving our clients.

We’ve got a working product now internally, our launch was at the 2018 Commonwealth Games and we have taken pre-orders from there.