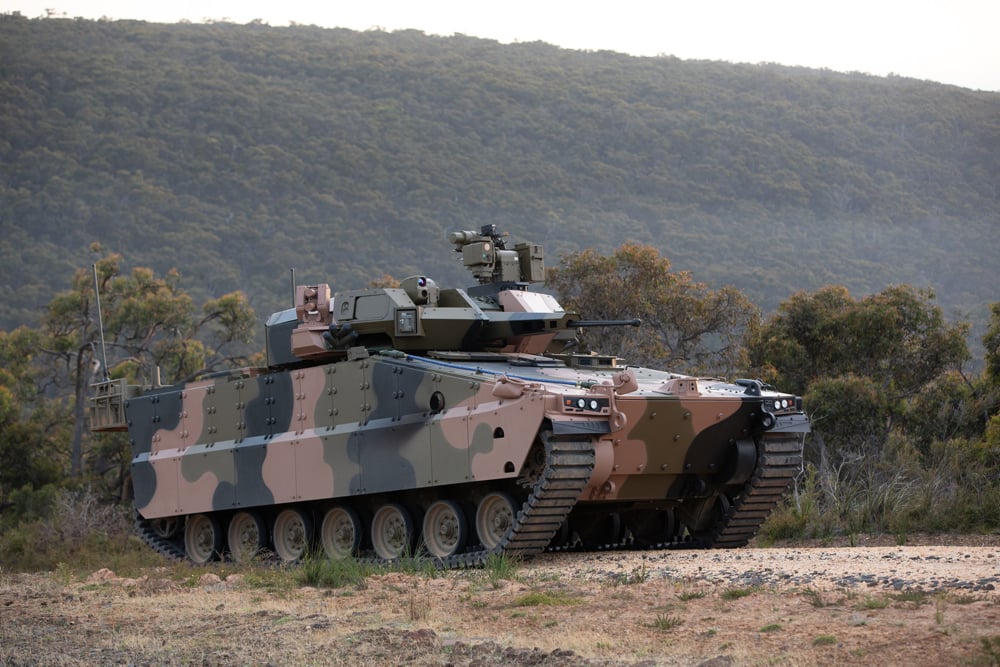 A prototype Hanwha Redback Infantry Fighting Vehicle being put through its paces at the Australian Automotive Research Centre, in Anglesea, Victoria. Photo: ADF

Here’s today’s news, and don’t forget to tune in for the Startup Daily show on Ausbiz.com.au  every weekday, 2-3pm. Our guests today include Ignition Lane’s Gavin Appel with his weekly wrap of all the big tech news.

Watch online, download the ausbiz app or via 7Plus.

A Senate inquiry into the Australian government’s news media bargaining code has backed the plan in full and it seems  Google and Facebook have seen the writing on the wall, with the legislation’s chief advocate, Treasurer Josh Frydenberg, saying he’d had “very promising” conversations with the tech giants over the weekend and “made real progress”.

“I think we are going to see some significant commercial deals, which could be of real benefit to the domestic media landscape,” Frydenberg told Today on Monday morning.

Google, and to a lesser extent, Facebook, have been running a vociferous campaign against the proposed laws to force the tech giants to pay media companies.

The Treasurer said “it has been a difficult process… but the discussions to date have been very promising indeed.”

With the EU looking at similar laws and Microsoft calling for the Australian model to be introduced in the US and Canada, it seems like cutting a better deal, rather than hoping to sink the proposal, is now Plan B for the tech giants.

The biggest tech show in town, the military, is looking to spend up to $27.1 billion – yes, you read that number right – on a new tracked armoured vehicle and over the weekend Defence Minister Linda Reynolds announced that six prototypes from the LAND 400 Phase 3 Program’s two shortlisted tenderers, Hanwha Defense Australia and Rheinmetall Defence Australia, are ready to roll as part of the two-year Risk Mitigation Activity.

Alongside two for test and evaluation activities, both have supplied a vehicle for blast testing.

“The Infantry Fighting Vehicle will be a state-of-the-art tracked armoured vehicle, capable of carrying six soldiers in addition to a crew of three. These advanced vehicles will provide increased protection, mobility, and firepower for the ADF,” Senator Reynolds said.

“When delivered, the Infantry Fighting Vehicle will allow Army to successfully sustain mounted close combat operations against emerging and future threats as part of the joint force.”

The project will acquire up to 450 Infantry Fighting Vehicles and a Manoeuvre Support Vehicle capability comprising up to 17 vehicles. It’s part of a 10-year $270 billion program to upgrade the capability and potency of the ADF.

Bumble, the female-centred and founded dating app used by around 42 million people globally turned its creator and CEO, Whitney Wolfe Herd, 31, into a billionaire when it listed on the Nasdaq last week in a US.$2.2 billion IPO that saw the share price surge 85%, giving the company a market cap of $US8 billion.

It’s a remarkable achievement for Herd, the youngest of the handful (around 20 in the US) female CEOs/founders who’ve listed their companies.

The former Tinder exec launched her app in 2014 with the clever option of letting women make the first move on any potential date. (She filed a sexual harassment case against Tinder after her departure, which was settled confidentially.)

The company has a female-heavy C-suite and board, and counts actress-model Priyanka Chopra Jonas and tennis legend Serena Williams among its investors.

And Herd appears to have smashed the glass ceiling when it comes to exec pay. One report says her total annual remuneration, including salary and stock, is around US$19 million. That’s a lot of love. Het worth is estimated at US$1.5 billion.

There’s a good piece by Josh Taylor in The Guardian on the battle between Tim Apple and Mark Facebook over data privacy, which is about to really heat up.

As Taylor explains iPhone users will soon receive a message from Apple soon asking them if they want the Facebook app to collect their data. Say no and Apple will block the ‘Book. The roll out will also apply to apps collecting data for ads.

In response, Facebook is planning a pop-up screen pleading with users to say yes. More here.

M8Ventures founder and entrepreneur Alan Jones joined us on the Startup Daily show last week to take us through the pros and cons of signing up for a startup accelerator. You can watch the interview here.