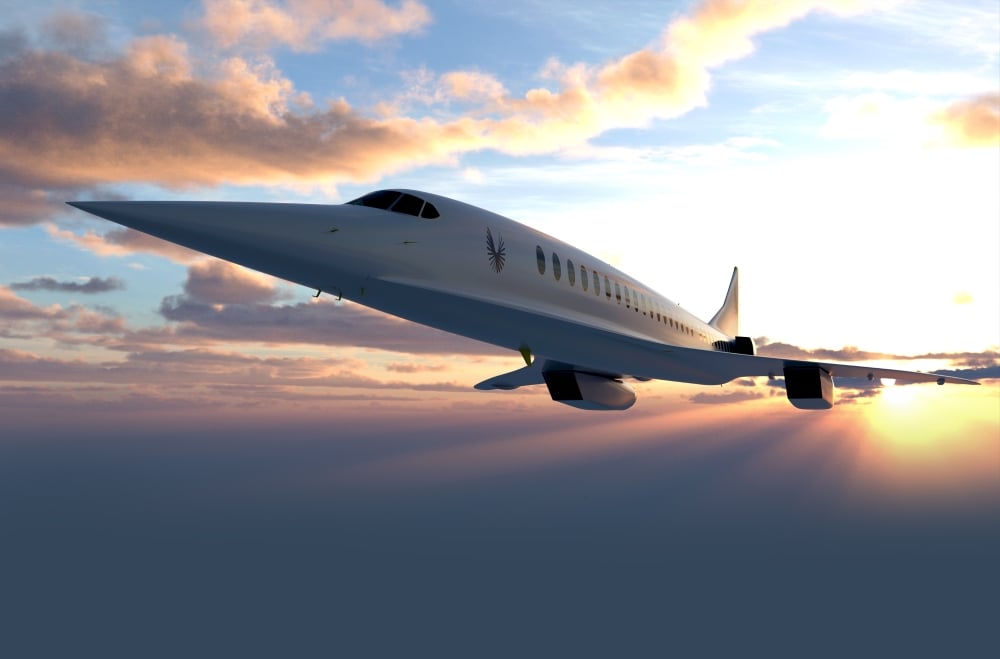 We can’t travel beyond 5km for the next few days thanks to lockdowns. To celebrate, we thought we’d explore the question on no one’s lips: “What does the future of travel entail?” Here are the latest developments in transportation from the dreamers, schemers and car dealers.

Almost 20 years after Concorde was grounded, supersonic passenger planes might be making a comeback.

Aerion announced it has landed a new partnership with NASA for supersonic point-to-point travel. Aerion’s AS2 private jet for business customers are expected to enter production in 2023.

Denver-based Boom is preparing to begin flight testing of a supersonic demonstrator called XB-1. The XB-1 jet is a step toward developing Overture, a conceptual supersonic passenger aircraft expected to be ready in 2030 and designed to carry 65-88 passengers with a range of 7,870km.

United Airlines announced it will invest millions in Archer Aviation, while also becoming its biggest customer. The 95-year-old airline has placed an order for $1 billion of Archer’s vertical take-off and landing (VTOL) aircraft, which is designed to travel up to 100kms on a single charge at 240km/h – great for “cross town” urban commuting. Like Aerion, Archer expects to enter mass production in 2023. The company also announced it will go public via a reverse listing on the NYSE soon with an equity valuation of US$3.8 billion.

The robot has a leg and wheel locomotion system, 360-degree directional control, a storage bay that can carry goods and a range of sensors for remote observation. It’s also designed to connect to a drone, which can charge the robot while flying it to its destination.

The Tiger has two modes that are deployed depending on the terrain. On smoother, less complex surfaces, the robot’s legs retract and the vehicle uses all four wheels to move. If the vehicle gets stuck or faces an obstacle like a small wall, berm or log, it can stand up, lock the wheels and then walk.

Meanwhile back on Earth, Audi is continuing its mission to launch more than 30 electric vehicles and plug-in hybrids by 2025. This week it showcased new Porsche-powered performance sedans: the Audi E-Tron GT and RS. The top-spec RS version can sprint to 100km/h in 3.3 seconds.

For the record, Tesla claims its Model S Plaid+ can do the same in <2.1 seconds, making it the world’s quickest car.

Toyota—which has committed to providing electrified options for all of its Toyota and Lexus models by 2025—also announced it will debut its first mass market electric vehicles in the U.S. this year.

Finally, Apple’s autonomous automotive project, codenamed Project Titan, has gained momentum in recent weeks. A recent Bloomberg report suggests that Apple’s electric car team is “filled with dozens” of ex-Tesla engineers and it has “several hundred” engineers currently working on the project. Then, rumours of a manufacturing deal with Kia surfaced last week.

If Apple does to cars what the iPhone did to mobile phones, then things are certainly about to get a lot more interesting.

A Sydney-based law firm has made the first step in launching a potential class action against Tyro on behalf of small businesses affected by a system outage, which caused card payment terminals to be down for up to three weeks.

NZ-founded Crimson Education will acquire online business education platform Unfiltered for an undisclosed sum. Unfiltered was founded by then 20-year-old Jake Millar in 2015. Interesting piece by The Spinoff on Millar and Unfiltered’s rise to local fame.

Eucalyptus dropped its 4th brand, Normal – a suite of sex toys. Backed by VCs including Blackbird (investment notes here) and Woolworths, Eucalyptus is building out a series of direct-to-consumer healthcare brands. Founded in 2018, its other brands include Pilot – men’s telehealth; Kin – started as a subscription contraceptive pill service, but has expanded into prenatal vitamins; and Software – personalised, prescription skincare subscription service. That’s an impressive pace of execution!

Fleet is launching its 5th nano satellite in mid-March as part of Rocket Lab’s latest mission, taking off from Māhia Peninsula in NZ. The nano satellite, Centauri 3, weighs less than 10kg and is the size of a shoe box and has 119 times the data capacity of its predecessor.

Happenings around the world (USD)

Another SEC vs Musk battle? On Monday, Tesla announced that it had bought $1.5 billion worth of Bitcoin at some point this year and that it will soon accept Bitcoin as a form of payment. Bitcoin jumped as high as AU$60,000 following the announcement. Eyebrows are being raised. The announcement coincides with some very vocal, explicit Twitter activity by Elon Musk pumping up Bitcoin and other cryptocurrencies. Of course, the more he “supports”, the higher the prices climb. Two weeks ago Musk went so far as to change his Twitter bio to #Bitcoin, sending social media and the price of Bitcoin into a frenzy—it surged up to 20%.

Depending on when it bought shares, Tesla and Musk could be in trouble with the US securities regulators. Linklaters partner and former branch chief of the SEC’s division of enforcement explained:

It would not be surprising—given the focus on the chief executive’s tweets, bitcoin pricing and recent dramatic market moves—for the SEC to ask questions about the facts and circumstances here.

Here come the clones. Facebook is reportedly copying *ahem* we mean “taking inspiration from” Clubhouse. The New York Times reported that the product is in the “early stages of development”. Not really surprising given Facebook’s history of taking ideas from competitors: Stories, Reels, the list goes on.

Oh and, Twitter is also working on a Clubhouse competitor called Spaces.

While we’re on the topic of Clubhouse, join us live at 8.30am on Tuesday for our CH debut! Keep an eye out on our socials for more details.

Carta wants to build the world’s largest private/secondary market exchange – think NYSE/Nasdaq for private markets. Last week nearly $100 million worth of its stock traded on the platform, CartaX, at a $6.9 billion valuation – roughly 2x its $3.1B Series F nine months ago. Investor Andreessen Horowitz on why this is a much needed service in the world of startups.

Age of Empires, Stripe edition. Stripe has been active investing in businesses around the world recently, including in the Philippines (PayMongo), Israel (Balance), U.S. (Step, Fast, Check, Pilot, Pulley, Stedi, Pico), U.K. (Monzo) along with acquisitions in Nigeria (Paystack) and Ireland (Touchtech Payments). This week it added Pakistan to that list, with an investment in Y-Combinator alum Safepay.

Reddit nailed its Super Bowl ad and closed a $250 million capital raising round. GameStop is the gift that keeps on giving.

Online cycling marketplace BikeExchange hit the ASX this week under the ticker code BEX. We like it.*

*The ticker code. This is not investment advice.

Future ASX listings: Pet services marketplace Mad Paws is gearing up to list on the ASX. As is Vinomofo, which has had a change of leadership in January – Chairman Paul Edginton stepped in as CEO. Former CEO and Cofounder Justin Dry is now Chief Entrepreneur. From the AFR:

It is understood the company would seek to raise between $100 million and $150 million for the IPO, which would imply a $250 million-odd market capitalisation.

If you’re a woman reading this wrap feeling inspired by all these dollar signs and founding stories, wanting to break into the startup world but stuck in a corporate or non-tech job (motherhood included) then check out The Startmate Fellowship: a two month program helping ambitious women to enter the startup world.

Applications are now open for anyone who identifies as a woman – all professions, ages, races and cultural backgrounds. Applications close on Sunday 22 Feb at midnight. Apply now.

Just in case you haven’t seen this or are having a sad day, we’ll leave this here:

Tune into Clubhouse at 8.30am on Tuesday. More details to come.