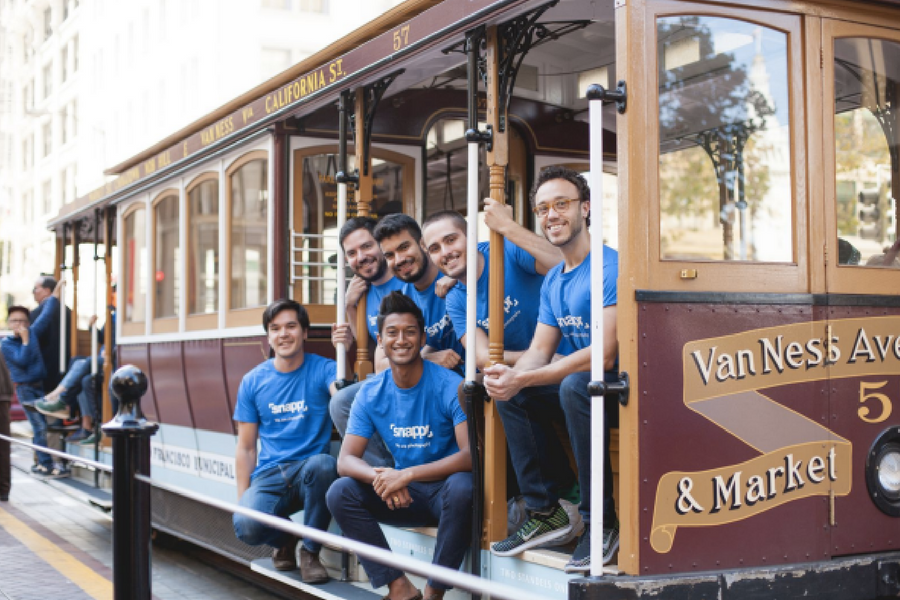 On-demand photography startup Snappr has announced the closing of a $2.5 million seed funding round led by a combination of Silicon Valley and local venture capital firms, with the funds set to help accelerate the startup’s expansion across the US.

According to the startup, the amount raised exceeded the set target for the round, and has potential to grow further as the business generates more interest from both US and Australian strategic investors.

Marking the second round for Snappr this year after it wrapped up an initial $1.1 million round earlier on, the fresh funding will go towards helping the startup expand its footprint across the US.

Snappr announced that it was expanding to the US in February this year, with the opening of a San Francisco office and US$120,000 backing from Y Combinator.

Fufilling a long term goal for the startup since launching mid last year, the startup also announced at the time the launch of an updated version of its platform, which would be released exclusively into the US.

Aiming to mend the “fragmented” photography industry, the Snappr platform provides a simple way for customers to book a photoshoot. The platform matches customers with suitable photographers, while its sibling photo analyser tool is able to rate a user’s LinkedIn profile using image recognition and machine learning.

The startup added that the seed funding will also be used to build out the Snappr platform, with plans to release a new photo analysis tool for “dating photos” in the near future.

“We are very excited about the amazing names who have decided to back our mission of making stunning professional photography accessible for everyone”, he said.

Targeting the electronic sports, or esports, industry, which is predicted to grow to $1.23 billion by 2019, the startup began as an online esports media platform providing content and social-media like connection services for players worldwide.

Cofounded by Riad Chikhani, an avid gamer himself, last year saw the startup acquire media site Dot Esports, merging the platform with the existing Gamurs content together under the Dot Esports brand.

The connection service arm was then split into a separate platform, TeamFind, a space where players of popular esports titles such as Counter Strike: Global Offensive and League of Legends are able to connect to form a team.

In addition to launching a data arm which hosts stats and player information from the competitive esports tournaments of each game, Gamurs also partnered with social betting app Puntaa to develop a regulated esports betting platform, Skrilla.

Chikani told the AFR that the funds will be used to bolster the startup’s media coverage and expand its offerings internationally, a move which will follow alongside the growing esports scene.

“The market has seen rapid growth and every year the projections are well below what actually happens,” said Chikani.

“The basic eSports games like League of Legends, Counter Strike and Dota are starting to hit their maximum viewership, but more game publishers are focusing on bringing an eSports side to the games they’re developing.

“More fans will be created organically because the games they love will become eSports titles and we think there will be between 700-800 million viewers in the next few years.”

Launched in 2014 by Aaron Ward and John Ballinger, AskNicely’s SaaS platform allows businesses to collect customer feedback, including retention, reviews and referrals, in real time, reflecting the feedback as a total score out of 100.

Speaking about the investment, Black Ventures’ Community head Joel Connolly said the firm, which scouts out its own NPS score each year, was impressed by AskNicely’s product, which pushes companies to check their NPS on a regular basis.

“If you boil it all down, the definition of business is a set of happy, repeat customers. Without that, there is nothing. It’s simply too expensive and inefficient to keep acquiring new customers to replace old ones. And NPS is a single number that gives you a sense of how you are tracking towards that goal,” he said.

“The problem with NPS is that most companies measure it once or twice a year and put it in a slide deck for the board meeting. Nothing is actually done about it.”

“[It’s] the mission of AskNicely to help companies listen and take action on feedback that led us to believe a software platform of great, durable quality can be built.”