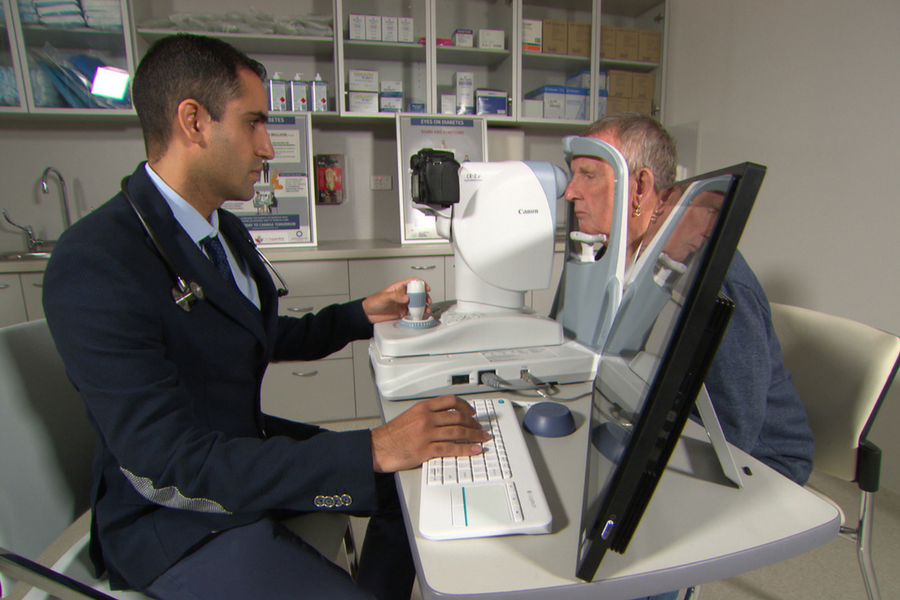 The CSIRO has unveiled a new artificial intelligence-powered eye screening solution that enables general practitioners (GPs) to test diabetic patients for diabetic retinopathy, a condition which affects one in three diabetics and can lead to blindness.

Dubbed ‘Dr Grader’, the test functions through a grading software backed by AI, which was developed by a team of researchers at CSIRO. By analysing ophthalmologists’ data, the AI was able to boost its ability to detect various signs of the disease.

Undergoing clinical trials at the GP Superclinic at Midland Railway Workshops in Perth, with funding from an NHMRC grant and both WA Health and CSIRO under the Australian Telehealth Research and Development Group, GPs were able to successfully screen 187 diabetic patients.

The AI was found to be as effective at detecting signs of diabetic retinopathy and grading its severity as specialists, who are currently the only medical professionals who are able to screen for the condition.

With the technology, GPs will be able to reliably screen patients for signs of the condition while determining its severity, enabling them to refer patients to an ophthalmologist for further procedure.

According to the technology’s creator, CSIRO’s Professor Yogi Kanagasingam, Dr Grader could allow GPs to screen for the condition within a 30 minute period.

“Patients at risk of this condition would usually be referred to a specialist for screening, waiting six weeks or more – now it can potentially be done in a single 30-minute visit to a GP,” he said.

Kanagasingam added that the technology could also hold a number of economic benefits for Australia.

“It could help avoid unnecessary referrals to public hospitals, potentially reduce waiting periods for patients and enable ophthalmologists to focus on patients needing treatment and surgery,” he said.

“It could also help reduce the financial impact of diabetes on the Australian economy, which is estimated to cost up to $14 billion a year.”

Approximately 1 million Australians have been diagnosed with diabetes, according to the latest data from Diabetes Australia, with 130,000 patients suffering from type 1.

Dr Grader has been licenced by pharmaceutical company TeleMedC, which will be aiming to make the technology commercially available and installed in 20 GP clinics across Western Australia over the next few months.

The announcement follows CSIRO announcing earlier this month a partnership with Monash University and the Monash Health Translation Precinct (MHTP) to launch M2, a new Melbourne-based facility that will help emerging medical technology companies and researchers commercialise their ideas.