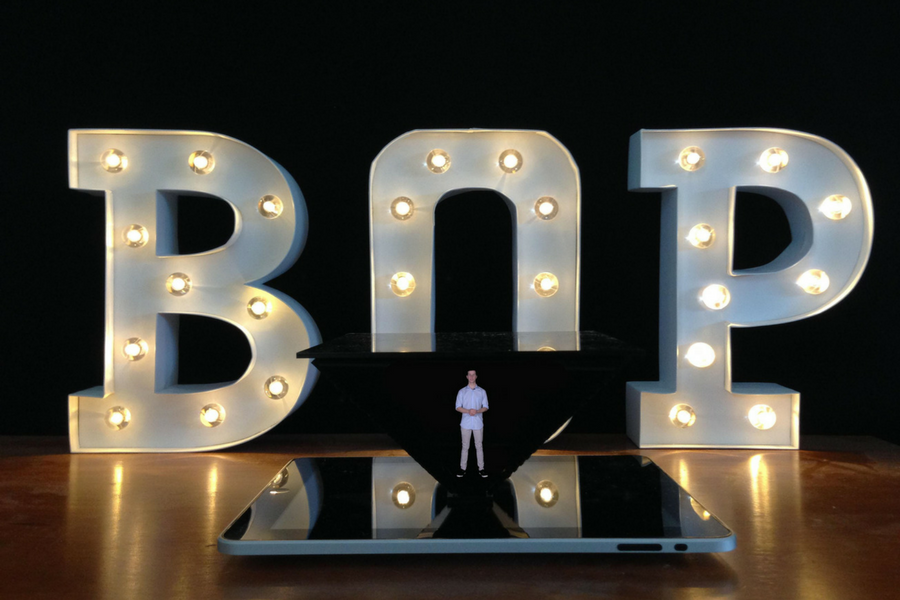 An immersive new way to view content, virtual reality (VR) is currently a darling of the tech world, as an increasing number of startups and corporates look to VR as a tool to help everything from phobias to marketing campaigns.

Meanwhile, a significantly less talked about technology, likely due to its infancy, is the hologram. While we’re still many years away from having our own R2-D2 flashing up holographic distress messages asking us to find an old hermit, various hologram-based products are currently being built by research institutions and companies across the globe.

Projecting the rise of this technology, the latest Hologram Market report from Markets and Markets estimates that the hologram display market will be worth US$3.57 (AU$4.45) billion globally by 2020.

Describing holographic displays as still being in the “nascent” stage, the report accounts the expected growth of the technology to the increased demand for holograms in medical imaging, as well as the rising use of holograms within the events and advertising industry.

Working to supply holograms to the events and marketing industry is Brisbane-based startup BOP Industries.

Founded by high school entrepreneur Scott Millar, the “entertainment” startup creates holographic content specially tailored to a client for use at an event or space, supplying them with projection devices to visualise the content through.

Extending the reach of the startup, BOP also runs science, technology, engineering and mathematics (STEM) workshops to teach both kids and adults about how hologram technology works.

Tasked with the activity of coming up with a product and business plan while in year 9, Millar worked in a group to incept a business idea that would lead to the the early model for BOP Industries.

The team developed a range of laser-cut “hash-tag” designed key rings, which were sold at a local market.

“I learned a lot and enjoyed it so much that I decided to sign the business over from the school to myself in the following summer holiday period. From there I kept selling the key rings, developed some new products in the form or rulers and chokers, and learnt a lot about the basics of business with managing things like orders, finances and marketing,” recounted Millar.

Finding an interest in holograms and learning how easily the display technology could be projected, a process which involved cutting CD cases together to replicate the popular pyramid model used in holo-projectors, Millar looked to push his startup in a new direction in 2015.

“I am a big believer that any technology grows by getting it into the hands of consumers and seeing what they want to do with it, so I started by selling these online for personal use and found we had a great response,” said Millar.

“Very quickly I found that there was a lot of interest from the events sector, looking for ways to improve user experience and set their events apart from the rest. After getting contacted by a number of events and marketing companies enquiring about our holograms I started to develop the technology further, making bigger holograms for the events.”

Moving into the hologram industry with little background in the space, Millar said it took a while to “wrap his head” around how the technology worked. The startup builds the hologram projectors “in-house”, selling small variations of the device to fit both tablets and phones.

Working beside a client, holographic content for an event is also developed by BOP Industries, who later help with setting the technology up at an event or space.

Millar said the startup has received interest from a range of clients, including startups looking to host a launch event for their product, marketing teams running campaigns, corporates hosting events, and larger conferences.

“One client of ours is the QUT Creative3 Conference and they have a fantastic fusion of our displays on show. With a life-sized holographic MC as you walk in welcoming guests and giving a run-down of the day and the event, you then meet one of our hologram stand alone units with Creative3 animations, holographic headshots, and previews of the speakers, and some sample content,” Millar added.

“Finally, when you enter the room you will see 40 of our holographic centrepieces being used to project speaker headshots, sponsor logos, promotional material, and more.”

Asked by the Queensland Museum to help in a series of workshops teaching participants about holograms as part of the World Science Festival earlier this year, BOP Industries found that a large number of people had interest in learning about the technology.

Four thousand people attended the workshops across four days, while Millar was contacted by a number of universities, groups and schools following the event asking for BOP Industries to host additional workshops.

“After learning about these technologies, we also give them the opportunity to think about how these technologies can be used in their local community, school, or even in a real life business solution, and develop the idea a bit further to show them how simple it can be to implement them into their everyday lives,” said Millar.

The workshops are currently run all across Australia, with 1,500 people attending the workshops run across the last month.

Also taking an interest in promoting STEM with a focus on younger students is Adelaide-based startup Makers Empire. Using an app that allows kids to create printable 3D designs, the business sells a guided education program for schools to use, while offering in-person workshops to help get kids excited about the technology.

Set to wrap up his schooling with his final year 12 exams in the coming months, Millar said graduating will see him able to “pour” more time into the business.

The startup wants to develop an app which will allow users to easily learn about the technologies covered in the STEM workshops, increasing the visibility of each amongst a wider public audience.

“I [also] have plans to start incorporating some new technologies into our hologram displays that will help broaden their uses to work with voice interaction and gesture control,” added Millar.

With plans to broaden the hologram offering, Millar said the startup will be “winding down” its laser cutting service while looking at expanding the BOP team.