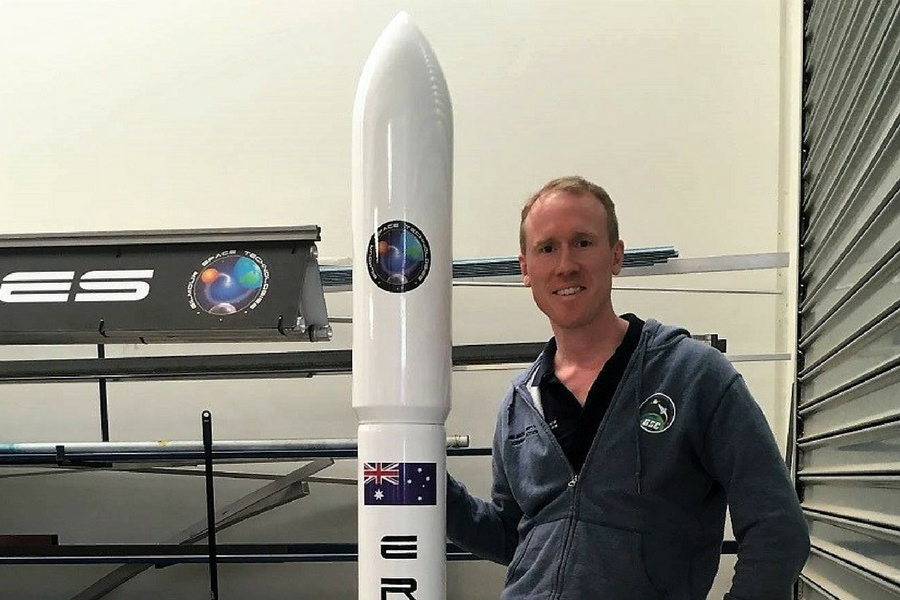 Gilmour Space Technologies has raised $5 million in a Series A funding round led by Blackbird Ventures, with participation from 500 Startups.

The company, founded by brothers Adam and James Gilmour in Queensland in 2013, looks to provide an affordable path to space launches with its hybrid-engine rockets, which use 3D printed – or “additively manufactured” – fuel. The startup has also been awarded a grant by Singapore’s National Additive Manufacturing Innovation Cluster to develop aerospace-related 3D printing with Singapore’s University o Technology and Design.

The rise of the company, which also operates in Singapore, comes along with the rise of the smallsat and cubesat market, which is where fellow Australian space startups Fleet and Cuberider operate.

Adelaide’s Fleet, which also raised $5 million in a round led by Blackbird Ventures earlier this year, is working to launch a network of more than 100 nanosatellites to create a global network enabling low-bandwidth connectivity for Internet of Things (IoT) devices; its aim is to connect the 75 billion devices expected to be online by 2025 for free.

While these smallsats are getting smaller, cheaper, and a lot more capable, Adam Gilmour said getting them to space remains an expensive, time-consuming task – Cuberider has to gain government approval to send a payload to the International Space Station through NASA – and that’s where Gilmour Space Technologies is looking to operate.

“We have innovative technology that overcomes the big legacy problems associated with hybrid rockets in the past, and our proprietary multi-material 3D printed fuel allows us to launch rockets at a fraction of the cost, a benefit that we plan to pass on to our clients,” Gilmour said.

According to data from SpaceWork’s 2017 Market Forcast on nano and microsatellites, limitations on launches in spaces caused by technological and financial barriers are reducing the market’s potential to bloom and causing a backlog of satellite awaiting to make their mark in space.

“You have to deal with high launch costs of around USD$30,000 (AU$40,000) to $60,000 ($80,500) per kilogram, multi year waiting lists and the vagaries of being a secondary payload. All these add to the challenges faced by businesses seeking to leverage new technologies,” Gilmour said.

“We’ve been very impressed by the way they have aggressively built their rocket engine technology. And with this capital round, we believe they could ramp up to become a leading launch provider based in Australia,” he said.

Vishal Harnal of 500 Startups added, “The rapidity with which they have been able to develop their technology is making their vision of accessible and affordable small satellite launches a reality.”

Currently, according to Gilmour, the space industry is short of innovative solutions to help bring technologies such as smallsats to space; a gap which Gilmour Space is looking to fill.

The global small satellite industry is still predicted to experience significant growth, with a report by Allied Market Research predicting the global market to reach US$7.2 (AU$9.7) million by 2022, with the US pinned to be the leading contributor. Helping underpin this growth, according to the report, are cubesats, which are being used increasingly used for academic and research purposes.

With the Series A funding, Gilmour Space Technologies will look to continue the development of its low-cost rocket technology towards the first commercial launch into suborbital space, slated for the end of 2018. The startup is also aiming to have its rockets capable of entering Low Earth Orbit (LEO), the altitude that most satellites orbit at, by 2020.

“Our Eris orbital launch vehicle will be able to take up to 380kg to LEO, and more dedicated and low-cost small payload launches would enable even smaller players to make a business case for space. Eventually, we also plan to build low-cost vehicles for human spaceflight and exploration,” said Gilmour.