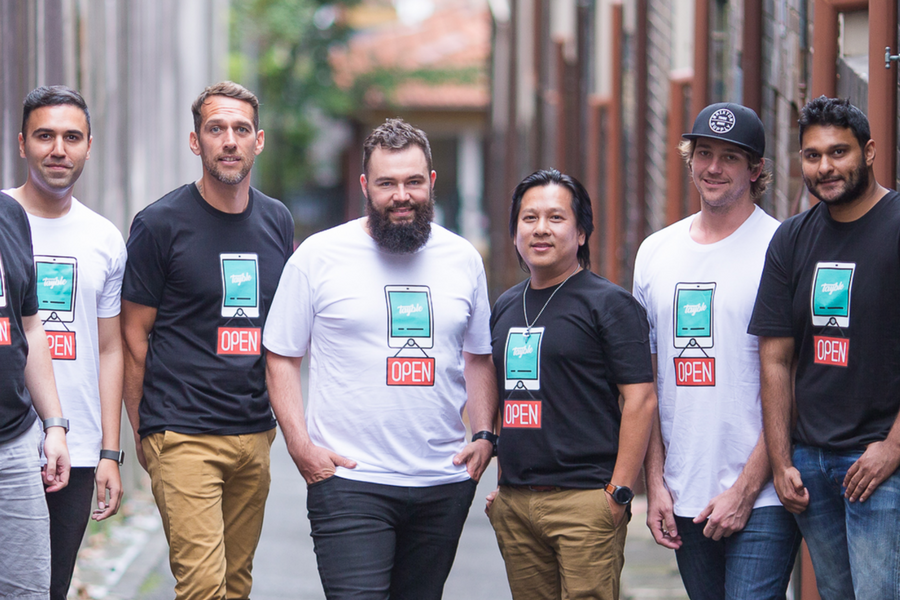 Many Australians nowadays are bombarded by ‘foodtech’, perhaps most easily represented by food ordering apps; there’s an inescapable pleasure that calls us to eat more than we probably need thanks to the tap-friendly simplicity of ordering food on a smartphone. If we aren’t using it ourselves, there’s always that one (or many) coworker prepared to order from either Deliveroo, Foodora, Menulog, or Uber Eats at 12pm, and tempt us into grabbing a takeaway meal despite our pre-prepared lunches sitting in the fridge.

Even if out of the office at a restaurant or cafe, there’s technology available to help us skip the queue, and order food before we even arrive. Filling this space are platforms such as Skip, MyPreOrder and Boppl, a Brisbane app allowing users to pre-order their food and drinks from their phones even before they’re seated at their table.

According to Chris McCarney, cofounder of Tayble, a new foodtech app looking to try its hand at the market, there’s an innate problem with the “table-ahead” process, one that the startup is looking to avoid with its new app.

“We didn’t go with the table-ahead process, since they have to rely on someone remembering to pre-order a table and food prior to entering, and relying on someone to actually reserve the table and prepare the food in time,” he said.

Instead, McCarney and his cofounders would work to ensure Tayble zeroed in on the in-restaurant experience, allowing hungry customers to look at a restaurant menu and order as soon they take a seat. The mobile app also acts as a discovery platform, providing users with a map interface where they can see the registered restaurants, bars, and clubs in their nearby area.

Prior to developing Tayble, McCarney and his team had begun working on another project dubbed ‘DealzTap’, which McCarney described as a “hyper-local version of Groupon”. The group worked on the project for roughly 12 months, before realising that the issue they wanted to tackle didn’t present a large enough market.

“We did our research and discovered that the real problem restaurants were having was getting table turnover to move over faster, untrained staff taking wrong or inaccurate orders, stuff like that,” he said.

“From a user’s perspective, people wanted to speed up order time. We found one stat that absolutely blew my mind, that it takes roughly seven minutes on average just to receive your bill. Then you’ve got to get through the bill, pay. This app allows you to get up and out the door easily.”

Tayble users “check-in” to the venue they’re in, view the available menu and place an order. Payments are made once the order is placed and a table number is selected, before the order’s sent to the restaurant’s existing point-of-sale (PoS) system. If the customer wants any extra food or drinks, they simply take out their phone, look at the menu, and repeat the ordering process.

The idea isn’t totally new; while also allowing users to order before arriving at the restaurant, Boppl too enables diners to order once seated. It also holds a feature allowing customers to see the wait time on their orders, similar to the online order process used by global pizza chain Domino’s. Meanwhile, Brisbane app Street Eat focuses on allowing customers to order street food without having to queue up for the line, while also showing users the preparation progress of their meal.

Discussing how Tayble differentiates itself from its competitors, McCarney had a number of elements to point out, beginning with the platform’s focus on an attractive and simplified interface, developed by ex-lead UX designer at Apple in San Francisco, Sid Parihar.

McCarney described the influence of this team member as a “big eye opener”, as Parihar worked to trim down the number of screens and design features on the app, to instead focus on a seamless experience.

“He had his hand in everything, working on things like the Apple Watch. He took all of our plans and really brought them to life in a vision that we didn’t see at the time,” said McCarney.

Planned for the app’s full release, the startup will also look to develop a number of new features, including adding order modifiers to allow customers to remove certain items off their, say, burgers (like those pesky gherkins), as well as a design modifier for brands.

“So if you’re at a venue the colours and logos will change to the restaurant’s, so it’s like they have their own brand page. This is because lot of brands are saying they want their own app, but the problem with that is users don’t care enough to install numerous apps for every new restaurant, unless they’re the most loyal customers,” explained McCarney.

“Our research here, in the US, and throughout the UK has shown that doesn’t really work, because that real estate on your phone is so valuable.”

McCarney added that being able to scale will be important for the startup going forward, as the business has begun working on features to support this. One will be an initiative to support venues that still operate on old school “paper” systems or cash registers, in which Tayble will provide the venue with a free iPad to run a PoS system developed by the startup.

Access to the app will also be free of charge to restaurants, who will be charged a small percentage of the order total. McCarney said Tayble currently has 68 venues pre-registered for the app within Sydney, with each to receive training to teach staff how the app works and to inform customers that it’s an option for orders.

With a $550,000 seed investment supporting the business, McCarney said Tayble will look to raise again towards the end of this year, as the app prepares to exit its beta stage and enter the market.

“By the end of this year we want to have 400 venues in Sydney live, and we’ll be setting up in Melbourne as well. We also plan to set up shop in Chicago going into early next year,” he said.