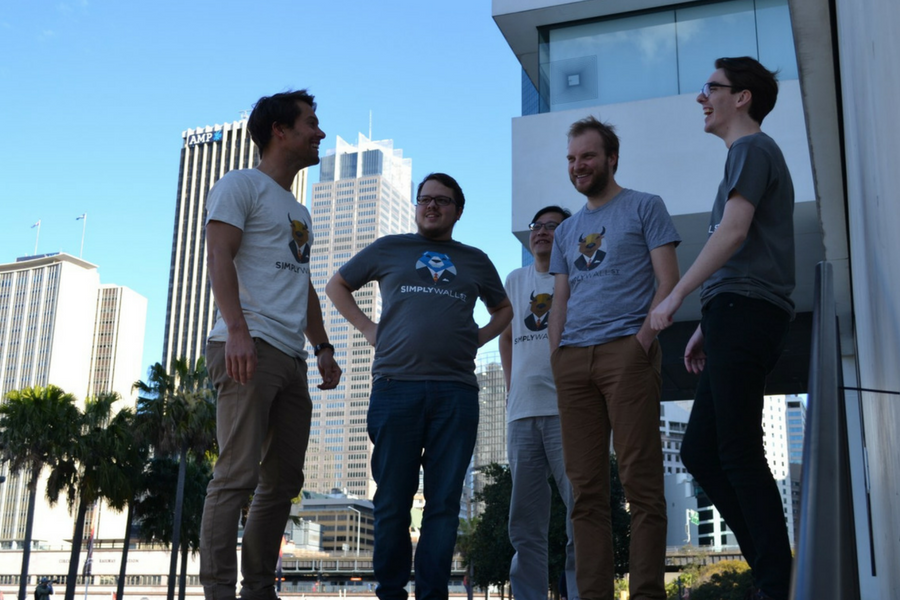 Sydney fintech startup Simply Wall St has announced the raising of $2.4 million in funding from its user base, which has now grown to 100,000 users across five global markets. The funding came from 11 investors, all themselves users of the platform, with each investing a minimum of $50,000.

The fresh funding for the startup, which looks to help retail investors make more informed decisions about where they direct their investments, follows a $600,000 seed round raised in mid-2015, which fueled the acquisition of Atlanta startup Capp.io last year. The acquisition saw Simply Wall St add Capp.io’s 5,000 users to its own 30,000.

Simply Wall St Founder and CEO, Alistair Bentley said the startup had approached a number of local venture capital firms in looking to raise, but soon decided that raising from users would be a better fit.

“We were actually pretty disappointed with [the VCs’] lack of understanding of global consumer businesses; a lot of them, even after we pitched to them and explained how we acquire customers and how we do growth, still didn’t seem to get it, and that was a bit of a surprise to us,” Bentley said.

“We’re doing revenue, and the round closed in March, which was actually our first profitable month, so we’re close to being a profitable business and felt we were ticking a lot of the boxes. We could have found a VC to invest, but then thought our users were a good fit.”

According to Bentley, the interest from the platform’s users came after the startup did some media stating it was looking to raise. From there, rather than a crowdfunding platform, the fundraise was essentially conducted via an Excel spreadsheet.

“It was only 11 people, so I was meeting them all for lunch or coffee and it was all quite personal,” Bentley said.

“Because these people are using the platform already, that side of the due diligence was a lot easier; they already know it exists and know how it works, so you don’t need to do that all over again, whereas a lot of VCs have a long due diligence process you need to go through.”

The funding will go towards expanding the startup’s team to 13 people, with Simply Wall St set to sponsor a number of new staffers moving to Australia from overseas, while its offering will also be expanded to include more of a focus on portfolio management.

“Historically, Simply Wall St has been known for being good at stock research, but we want to be helping people improve their portfolios more and doing that on an automated basis,” Bentley said.

The startup will also be looking to expand its global footprint; currently active in five markets, with the US the biggest, Simply Wall St aims to cover every country by the end of the year.

“We believe there are a lot of very untapped markets where investors don’t have much choice or tools to help them.”