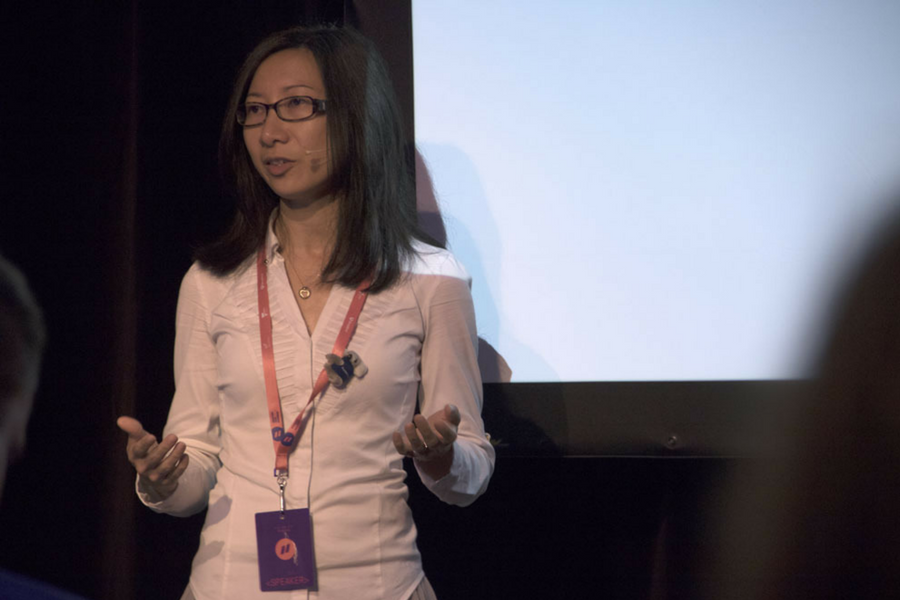 In the internet age, a business adding too much curve to the letter ‘S’ in their logo might expose them to a handful of frivolous lawsuits from other online brands using a similar font.

Not only is brand identity difficult to establish, but it’s difficult to protect too, especially when considering the thousands of businesses popping up online each day sporting their own ‘unique’ logo.

To help protect intellectual property (IP) and ensure a brand’s logo represents their individuality, TrademarkVision is an online platform allowing businesses to match their images against other brands using a detailed algorithm.

By connecting IP databases from global regions, the platform enables businesses to upload their brand logo and compare it against other trademarked logos. TrademarkVision will then generate a report on selected search results to inform the user about how similar an image is to their own.

Summarising the platform’s functionality, TrademarkVision’s COO, Cameron Mitchell, said, “We essentially bring together data from all these different national offices around the world and allow businesses to search through them.”

TrademarkVision is plugged into a number of global databases, including the European Union Intellectual Property Office and IP Australia, who the startup recently worked with to launch the first Australian Trademark Search Engine using the platform’s algorithm.

“We won the major tender with to completely rebuilt their IP search engine back in 2015,” said Mitchell.

Of course, reaching the point of working beside governments wasn’t straightforward, with Mitchell describing the journey for himself and the startup’s founder, Sandra Mau, as “slow moving”.

“We knew right from the beginning that it’s a legal industry and because of that it’s very slow moving,” said Mitchell.

Mau, who previously worked with facial recognition and security monitoring for National Information, Communication and Technology Australia, begun developing TrademarkVision in 2011, where she begun testing the application of recognition software to images.

Mitchell said the startup endeavoured until 2013 to develop a “viable” product, before working beside law firms to develop a comprehensive trademark search engine.

The engine would fill a substantial gap in the industry that, according to Mitchell, saw different countries coding their own systems to try and categorise images using keywords, a timing consuming and subjective process that “didn’t really work well”.

“Prior, brands would trademark images, but would never know for sure if anyone was copying their work, and there was no real way to see if there were other images or logos they would be infringing upon,” said Mitchell.

For any business, Mitchell described ensuring trademark protection and making sure they’re not infringing on another brand as “exceptionally important”, particularly if you’re an online business or looking to scale globally.

“This is going to be even more relevant in the digital age as the world gets smaller,” he added.

Using a pay-per-search model or a subscription fee for law firms, users are able to log into the platform and upload their image to begin a comparative search. To compare images, Mitchell explained the platform uses a combination of semantic meaning and mathematical data.

“When someone uploads an image, we have to recognise the mathematical data through the algorithm as well as the semantics meaning of the image. The algorithm combines image recognition with machine learning so the algorithm can learn when a new type of image is uploaded,” said Mitchell

“The more data that get, the more it can understand the frame better and notice which features are similar.”

Alongside the algorithm, users are also able to narrow their search results by using keywords that the algorithm suggests.

“So when someone uploads an image, we’ll combine that data to return a result and also say to the user hey, if this looks like a globe, would you like to see all the globes that look like this,” explained Mitchell.

From the search results, users can generate a report of the similar trademarked images, which displays data such as ranking the image based on how alike it is between three different categories; exact, similar, and other.

Continuing to scan the database, TrademarkVision will also notify a user if a new trademarked image comes along that looks similar to their own.

“Depending on the generated report, they’d then seek legal advice to discuss their intellectual property,” said Mitchell.

The startup has recently raised capital from Queensland’s QUT Creative Enterprise, in addition to investment from Scaling Investors and Sydney Seed Fund.

Mitchell said the funding will be used to help expand the startup’s international growth, with offices already established in Pittsburgh and San Francisco.

Mitchell said TrademarkVision also has plans to apply its technology in other areas, including industrial design and other commercial avenues, adding that a prototype has already been developed.