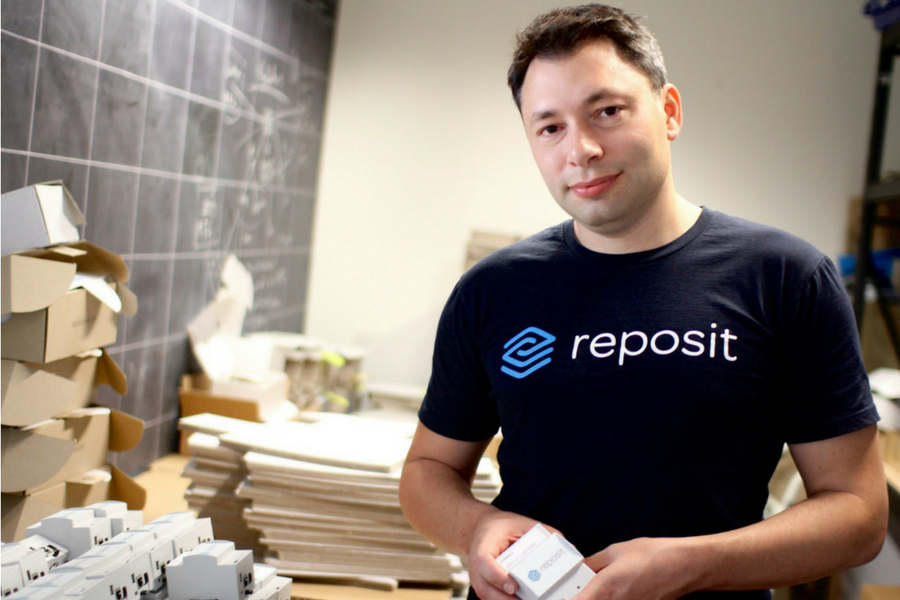 Despite living in one one of the warmest countries on earth, Australians still love to complain about the cold when it start to creep below 20 degrees. While a Canadian might walk around in a t-shirt on a 14 degree day, Aussies are stacking up electricity bills by sitting in front of the TV, encircling ourselves with six fan heaters.

Looking to help Australians save on their growing winter electricity bills is Reposit Power, a Canberra-based startup offering a device which allows homeowners to store energy from their solar panels on a battery and sell it back to their electricity provider for “GridCredits”.

For the startup’s cofounders Lachlan Blackhall and Dean Spaccavento, the concept was imagined back in 2011, a time before Elon Musk’s battery ideas were flooding the media and battery storage technologies were widely available.

“In 2011 and 2012 there wasn’t much battery storage technology in the market, so we estimated that they’d be available in the next few years. Our estimate was right, so it was good timing,” said Spaccavento.

With experience in software and electricity, Spaccavento helped conceive the economics of what would become the Reposit Power system, before both cofounders looked for a way to control the battery storage to try and get the most out of it as possible, while factoring in the fluctuating electricity market.

“The electricity market works by providing opportunities for cheap buying of electricity and cheap consumption, and likewise expensive times to buy and consume, based on a number of factors,” Spaccavento explained.

Supported by a combination of government grants, seed funding and a scaling round, the result was an ‘Internet of Energy’ (IoE) device that automates the entire storage and sell-back process for the user.

To ensure homeowners can capitalise on the varying energy market costs, Reposit Power intelligently calculates the best time to hold and send electricity based on factors such as weather, wholesale markets, network conditions, and temperature.

“You can consider it like a stockbroker for your power,” said Spaccavento.

“A homeowner doesn’t have the time in the day to select when to charge or discharge the battery, [so] it tries to find the best time to store and send off power.”

Homeowners, can, however, view a number of details about their IoE device and solar panel through the Reposit Power app and web platform, to allow them “visibility” into how the device is working and see how much money they’re saving.

The platform will detail how many GridCredits have been accumulated, and show how much cash they’ll save on their next electricity bill as well as altogether with the device. The Reposit Power app also “predicts” the lowest-cost times for a homeowner to use their device, based on similar information used to calculate the energy sell times.

These predictions, according to Spaccavento, will allow homeowners a chance to plan when they’ll use home devices and appliances ahead of times to help them save.

“It’ll inform you when to turn your high energy devices on, based on things like the time of the day where the energy costs vary. Through a push notification it will specify which time of day you should aim for. You’ll also get push notifications when your battery is participating in the grid,” he added.

The physical IoE device is a small white box which attaches to a homeowner’s powerbox that is connected to the internet, solar grid and a battery for storage. Batteries aren’t supplied by Reposit Power, and are instead purchased from a participating solar company who will install the battery, alongside the IoE device, into a home electricity grid.

Spaccavento said the business is currently partnered with a number of Australian and international solar companies who install the device and integrate it with their brand’s solar panels.

“You can install reposit power anytime, although you’ll need to be plugged into a compatible energy provider that will buy energy off you and allow you to save on your power bill,” he said.

Also partnering with Australian energy providers to allow homeowners to sell electricity back to the grid is Redback Technologies. The startup offers a IoE device that stores electricity from a home solar panel onto a battery, giving its users the additional option to store the energy for reuse.

Another local startup focusing on energy storage for reuse is Adelaide’s ZEN, which offers a storage device designed to reduce energy bills, while Sydney’s Wattwatchers yesterday announced it has raised $2 million in funding to further develop its Auditor IoE product.

Auditor works by attaching to a home power box and monitoring the in and out-coming power. Data supplied from the device is then able to inform homeowners what devices are sucking up the most power, thus helping them to take action to reduce power bills and the chance of blackouts.

Including Reposit Power, these IoE startups are focused on targeting homeowners, a direction which Spaccavento says isn’t to isolate businesses wanting to use the technology, but rather a way of following the direction of the market.

“We’re marketing to homeowners because that’s where all the innovation happens in the electricity,” he said.

Moving forward, the business will look to position themselves as the prominent electricity storage business in Australia and globally using their “sophisticated, control-system focused” technology.