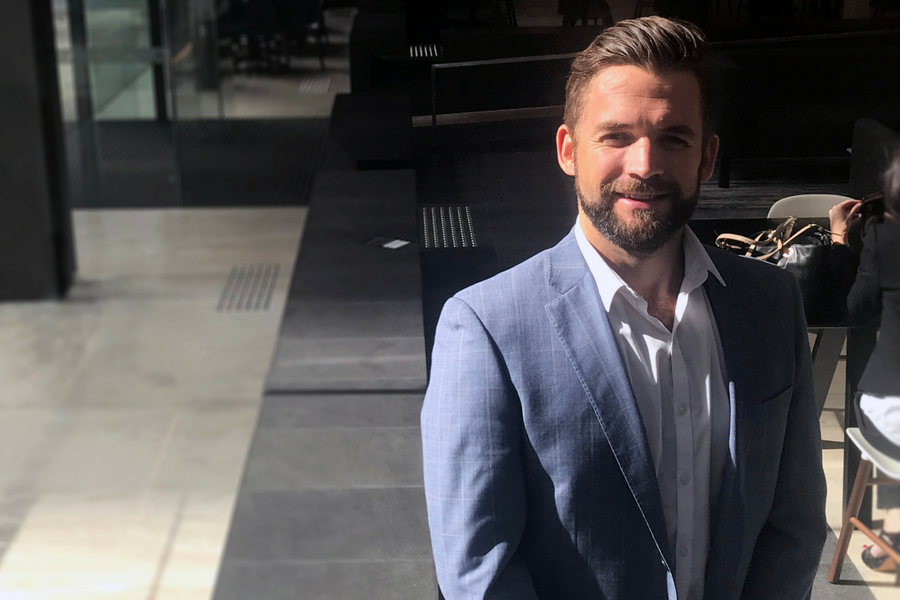 Nothing beats a good night of pub trivia, except maybe testing your knowledge through an app, in your own time, without having to look at your opponent.

So, of course, there’s no shortage of trivia apps in the market, but Perth’s QuizJam, created by startup Gravy Gaming, is trying its hand by creating a consumer platform and an enterprise platform side by side.

Cofounded by Joel Steel and Glenn Morton, the startup sought to go beyond the consumer market early, creating a QuizJam for Teams platform for organisations.

Steel explained, “QuizJam for Teams enables an organisation to seamlessly build its own trivia tournaments and gamified surveys within a white-labelled private portal which only its employees can access. Employees are incentivised to play and collect badges, climb the leaderboards and take on their fellow employees to earn in-app currency which they will soon be able to trade for prizes.”

The platform was first born as QuizAid, with the idea first revolving around working with charities and other not-for-profits to raise awareness and funds for their cause.

However, Steel said after feedback from Apple regarding its donation guidelines, the startup decided to pivot, with a view to coming back to help charities once it’s more established and “can navigate a way around the red tape”.

After putting aside the QuizAid idea, Steel said that for QuizJam for Teams came after lengthy discussions with different organisations. Common themes arose around leaders wanting to find a fun and engaging way to “connect the dots” with employees regarding training, learning, and development.

“Specific research showed us that 70 percent of all training delivered is forgotten the day after being undertaken, meaning that there’s a significant amount of work that needs to be addressed in regards to retention and the strategy around it,” Steel said.

An organisation signing up can log onto the customer portal and easily create a trivia tournament or survey, then push it out to employees through in-app notifications or by sending the relevant team a six-digit code they can use to play that specific tournament.

“Our target market is innovative, forward-thinking organisations with over 100 employees. Ideally they would be geographically spread, as the QuizJam platform can help bring teams together and help improve company culture and team building,” Steel said.

While the Commonwealth Bank recently completed a trial of QuizJam for Teams, the startup’s biggest market so far is the building and construction industry, where QuizJam for Teams is being used to increase engagement and training retention around health and safety, Steel said.

Looking at the QuizJam Classic, or consumer, product, after downloading the app a user can sign on and start competing in global tournaments, answering blocks of questions at their own pace. Points are awarded for speed and accuracy, with players receiving badges for various achievements.

Players can buy ‘assists’ – getting another go at a question they got wrong, getting an extra three seconds on the clock to answer a question, or getting a 50/50 shot at an answer.

According to Steel, the app has amassed 28,000 users and 38,000 questions so far. Brands able to create or sponsor specific tournaments, with the likes of the West Coast Eagles looking at tournaments as a way to boost fan engagement.

To further its growth, QuizJam joined the Plus Eight accelerator in Perth after meeting its entrepreneur in residence, Tim Brewer in San Francisco a few months ago.

“We have already got so much out of the accelerator, including an increased level of focus as being surrounded by like-minded people who are all striving to go 10 percent faster every week can only bring positive outcomes. We’ve also been introduced to world-class mentors and education programs which we would never get access to in Perth, or Australia for that matter,” Steel said.

It also last month partnered with the Australian arm of global IQ society Mensa to create a ‘Mensa vs the World’ tournament.

“The public can measure themselves and be encouraged to push their minds. It’s a win-win,” Russell said.

“We have high hopes that the QuizJam model can reach out and stimulate the minds of thousands of people who would otherwise not consider joining Mensa. There are vast numbers of people who have no idea how good they are, or could be.”

There’s no shortage of trivia apps out there, or even survey or employee training and engagement platforms for organisations, however Steel believes “no one is doing what we are doing and offering the ease of implementation, gamification and minimal barriers to entry like we do”.

Having raised $900,000 in funding to date, the startup is looking to raise a further $1.2 million to put its whole focus into growing the QuizJam for Teams business. Its goal, Steel said, is to reach $1 million in annual recurring revenue by the end of the 2017/18 financial year.