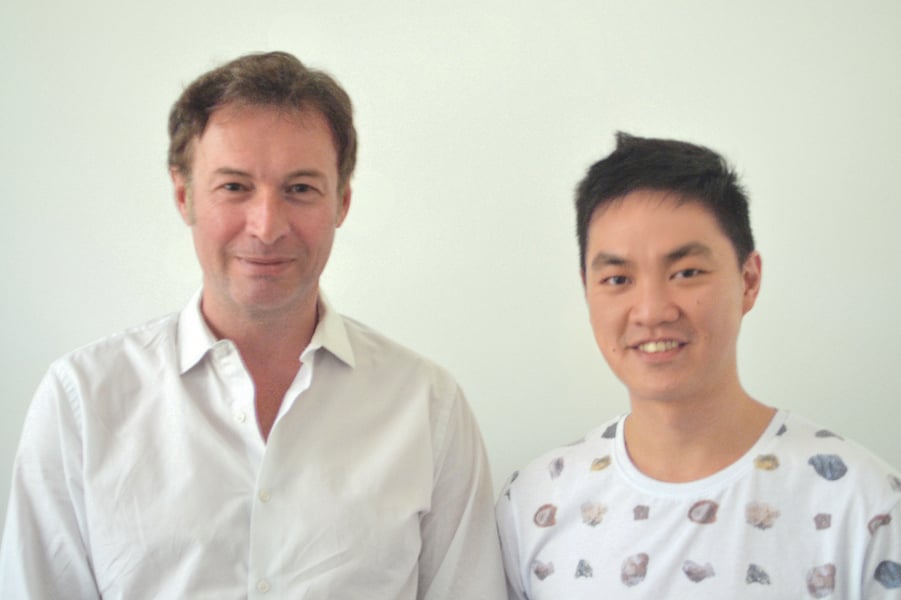 For some, the name ‘Jill Meagher’ may ring a bell. For others, the name is etched into their memories. In 2012, Australia was grieving the loss of 29-year-old Meagher who went missing in Melbourne 450 metres from her house in the early hours of Saturday 22nd of September. Then on Friday 28th of September, the nation was shocked to learn that a 41-year-old Coburg man was arrested and charged for the rape and murder of Meagher. Within 90 minutes after news broke of the arrest, social media ran hot, with tweets mentioning Meagher’s name appearing in almost 12 million Twitter timelines. Some were outraged by the news, others were rationalising it or playing the blame game. But most were simply hurt.

One such person who was affected by the Jill Meagher case is humble Sydney-based entrepreneur Christian Beck who, as the founder of LEAP Legal Software, isn’t unfamiliar with what it takes to build a profitable technology company. It was this incident that motivated Beck to create a solution that would help reduce unexpected deaths that like of Jill Meagher occurring in the future.

“At the time, police had to knock on door-to-door to get surveillance videos. If even one in 10 had a cloud-based integrated surveillance system, it would have been easier to share and taken less time for the police to identify what happened,” said Beck. “The technology is there; it’s not just being implemented well.”

Since its inception in 2013, Beck’s startup Cammy has gone through many iterations. At one stage, it was a panic application, cloud-based video surveillance system and crime reporting tool. However, the company realised that a three-pronged system was too complicated as an initial offering. After testing and trialling a number of surveillance solutions, Beck and his team decided that an accessible, cloud-based surveillance system that recorded footage when movement occurred within the vicinity of integrated cameras, was the best commercial proposition to start with.

Today, Cammy is a sleek web-based and mobile application that connects with over 40 Wi-Fi based cameras available on the market and automatically records footage when there’s movement – be it someone vacuuming the bedroom, a car being backed out of a driveway, a cat strutting across the living room or a burglar breaking into the house. The footage then automatically uploads onto Cammy’s servers, stays for 90 days and can be accessed from any location as long as there’s an internet connection. Footage can also be shared with friends and family via email. Uneventful occurrences, and thankfully, embarrassing situations, can be deleted easily.

The biggest value in Cammy’s offering lies in its simplicity and accessibility. Conventional surveillance systems like CCTV cameras, which are drilled into many public locations, are more complex and expensive – typically costing over $1,000 per camera plus installation. Cammy, on the other hand, has been designed for everyday consumers as well as small to medium-sized businesses, which is well reflected in its simple and intuitive UI/UX. The app, which is optimised for desktop and mobile devices, is also free, so the user only needs to spend money on Wi-Fi integrated cameras. Such cameras are available at affordable prices online and at retailers like Harvey Norman and Dick Smith.

Users can also use laptops or an older generation smartphone as surveillance cameras. This option requires the user to download the free CammyCam app, which records footage and essentially achieves the same outcome. The problem with using a laptop or smartphone is that it needs to be recharged regularly or has to be permanently connected to a power source. That said, using a smartphone as a camera would come in handy in temporary circumstances like recording a travel journey. In case of a road accident, the footage captured and stored by Cammy can be submitted as proof to insurance companies.

So how exactly will Cammy monetise its offering? Beck told Startup Daily that they will be introducing add-on services like home alarm systems with integrated human detection technology. The user would be notified if someone is within close proximity of the house. There are a lot of solutions that can be duplicated on top of the primary platform like business and car alarm systems.

Beck is cognisant of the fact that there are competitors in the market, both big and small. He considers US-based DropCam to be Cammy’s closest competitor, though there are significant differences between their products. For one, DropCam uploads footage in high definition, whereas Cammy requires a low level of bandwidth. Beck said that this allows users to integrate multiple cameras without it using up significant bandwidth. With DropCam, using more than one camera can interrupt the Wi-Fi connection. The coverage ratio is about 20:1 (Cammy vs. DropCam cameras), according to Beck. The other difference is that Cammy captures footage in photostreams, as opposed to high definition video. The quality of the footage, however, can be changed. There are different frame settings available on the Cammy app, so it comes down to how much bandwidth versus quality the user wants.

Although Cammy appears to be a simple technology, there are sophisticated algorithms behind it. Jimmy Lee, CEO of Cammy agreed that something that’s so simple to use is actually quite difficult to build. For instance, he pointed out that cameras are sensitive to changes in light, and that the application needs to be able to adjust to environmental changes quickly otherwise there may not be any recognisable footage for a period of time.

Lee also said that with many other competitor applications and traditional surveillance systems, cameras need to be configured manually – a process that could take an hour or so to figure out. With Cammy, much of the process is automated, so it cuts that time down to about 10 minutes.

One of the biggest challenges for Cammy’s development team, at the moment, is to ensure that the technology can handle the vast quantity of images that are being produced everyday. According to Lee, Cammy captures and stores roughly 15 million** new images a day across all their systems, across 10,000 monthly active users. To put that into context, Instagram has about 200 million monthly active users per month that are uploading about 1.8 billion images. A technology like Cammy would have to be very strong to be able to handle such a massive quantity of visual data.

Beck admitted that the development of Cammy has been quite expensive, but given his existing businesses LEAP Technology and InfoTrack generates about $160 million a year combined, expense wasn’t a major hindrance. Out of the $6.2 million that Cammy has raised to date, at least half has been used to fund the development. Beck, who feels no urge to flaunt his multimillionaire status, contributed a significant amount to the total investment, with shareholders in LEAP Technology also chipping in.

Cammy’s growing userbase certainly shows promise – especially given the startup is yet to embark on an aggressive marketing mission. Beck told Startup Daily that people have used Cammy in ways they hadn’t intended. Although Beck and Lee aren’t aware of any paranormal activity being captured, users have shared some interesting stories.

For example, some users have used Cammy to live monitor their pets who sat patiently near the door awaiting the return of their owners. Others have used it to identify whether their spouses have lied about their whereabouts. One husband said he was busy working, when in fact he was out late drinking with his mates and arrived home later than usual. Another person used Cammy to find out where they placed their keys. So when you think about it, Cammy’s utility is endless. It can be used to check whether the package has been delivered by the courier and even reduce incidences of petty crime in the neighbourhood. In fact, Beck believes a technology like Cammy has the potential to change the world by making crime difficult to get away with.

In the upcoming year, Cammy will be continue developing its main technology, as well as add-on alarm systems, and execute a marketing strategy locally and globally. A majority of Cammy’s users are located in the UK, shortly followed by Australia and the US, which has roughly the same number of users. The startup hopes to form more strategic partnerships with camera manufacturers in the coming months. Beck said that many companies are better at creating hardware than software, so there are opportunities for mutually-beneficial synergistic partnerships. Apparently, one camera manufacturer has already stopped creating software and now recommends Cammy to its customers.

Previous article This startup lets you send a box of shit to people you hate using bitcoin so you don’t get caught
Next article With over 2.5 million downloads in a week, Aussie game Crossy Road may just be the next Flappy Bird
Via Advice
Tags AustraliaCammystartupsurveillanceSydney