With over 2.5 million downloads in a week, Aussie game Crossy Road may just be the next Flappy Bird 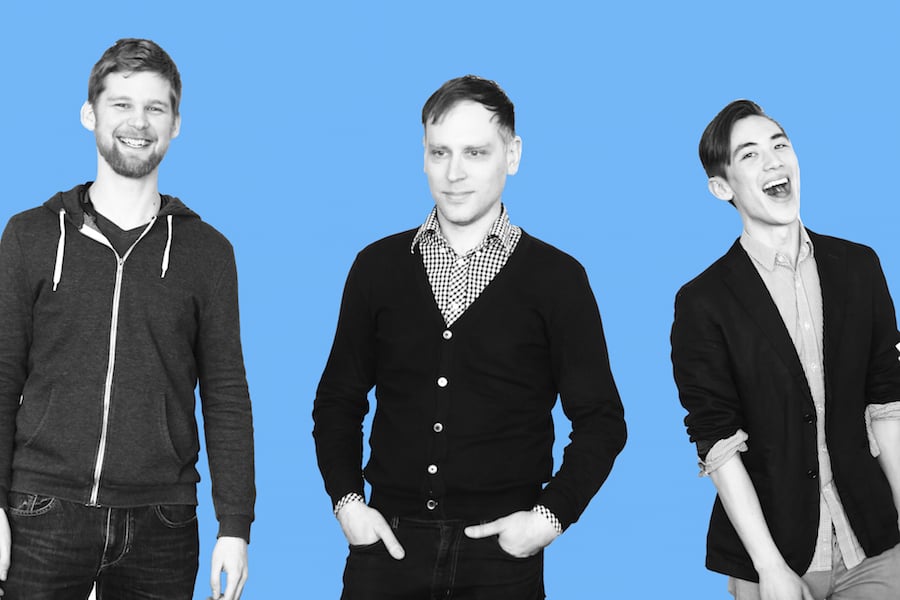 For many founders, from the moment they wake up, the thought ‘how do I scale’ permeates their mind, racing against the clock before their day has even begun. They spend year after year chasing scale, but never quite reaching it. And then there are companies like Melbourne-based Hipster Whale, the indie game development company behind one of the most successful debuts into the mobile game space since Flappy Bird. The company’s first proposition Crossy Road was downloaded 2.5 million times in less than a week, dominating the ‘family’ category charts and claiming the number one position on the iPad App Store in Australia, US, UK, Canada, France, Italy, Switzerland, Russia, South Korea and the Netherlands.

Crossy Road’s success that can easily be likened to that of Flappy Bird. But there is a difference – and it lies in the mindset of the founders. Dong Nguyen, the Vietnam-based creator of Flappy Bird, had somewhat of a meltdown in February this year. Why? Because his indie game went mainstream in a twist of fate similar to the meteoric rise of Candy Crush, Fruit Ninja and various other games in the iOS and Android app stores. Nguyen, whose business Dot Gears has also created other games such as Smashing Kitty, Droplet Shuffle, Shuriken Block and Ninja Assault, was not comfortable or prepared for the notoriety that comes with being an international success story; and so, to the public’s discontent, Nguyen decided to delete Flappy Bird from all app stores.

Thankfully, it doesn’t seem that Crossy Road, deemed by fans as the ‘Frogger for a new generation’, is destined for the same fate. In fact, its success is not that surprising when you consider Co-Founder Matt Hall’s track record. He already carries three top ranking app games in his credits, including Little Things and Doodle Find. Hipster Whale’s other co-founder Andy Sum is also considered a rising star with critically acclaimed titles including Dungeon Dashers and Stray Whisker. The co-founders have always been passionate about creating approachable games across PC, Mac, iPhone, iPad and Android platforms, and scale is important if they want to build an indie gaming empire.

That said, achieving viral status so early in the game is quite rare for any startup. Perhaps, Crossy Road’s success suggests a real hunger for games that are retro in their design, with arcade style pixel graphics. Hall says Hipster Whale is heavily influenced by the golden age of retro gaming, where everything was fun to play, while still being a challenge for the player.

Gameplay in Crossy Road is simple, with the singular goal of beating your own high score as you hop across busy roads, rivers and train tracks. The simple system of tapping the screen to move forward is instantly learned, making it an inclusive game that anyone can pick up and play.

When it came to the design of Crossy Road, Hall admits that they took inspiration from classic Warner Bros cartoons as well as the now defunct Flappy Bird. In fact, Crossy Road could be seen as keeping Flappy Bird’s spirit and legacy alive without being a clone.

“Flappy Bird is a very strong influence on Crossy Road even down to the name alliteration. When Flappy Bird went viral it reset everyone’s expectations on what a mobile game could be.  Hundreds of wannabe developers then stepped in to clone the title, but we wanted to do something very different.  We wanted to carry the “spirit” of Flappy Bird but with a completely different game,” he says.

“With regard to Minecraft’s influence on the art style, that was borne from trying to come up with a way of providing large amounts of art without having to smash open the piggy bank.  Our artist, Ben, has been tinkering with ‘blocky’ art for the entire year and we wanted to take this opportunity to put his amazing creations in front of the whole world.”

Hall also admits that the way they’ve designed the game is “somewhat experimental”. The company wanted to keep Crossy Road family-friendly and light on the wallet. Whereas many other games like Farm Heroes require players to purchase coin packs to continue playing after five tries, Hipster Whale wanted to see whether it could have sustainable business model with free-to-play games.

However, Hall notes that unlockable characters don’t make the game any easier; players still have an equal opportunity to get a high score.

Although co-founders Hall and Sum have plenty to be proud of, the biggest milestones they’ve hit happened just this morning. Today, Crossy Road surpassed a total of 3 million players, with 200,000 people playing the game at any given moment. The game has also received about 20,000 reviews, averaging at five stars.

Despite their successes, Hall admits that being an independent game development company based out of Australia can be a lonely experience.

“There are a few opportunities each year to mingle with the greater body of game developers at events such as Games Developers Conference (held in San Francisco), but being so far apart it can be difficult to strike friendships, network and share ideas and inspiration.”

Fortunately, Hall and Sum are a great match. Hall says that Crossy Road is the first project that the co-founders have worked together on, and has gone exceptionally regardless of their 15 year age difference (Sum, 24; Hall, 39).

“We both have a similar design style and pragmatic attitude towards getting things done,” says Hall.

Hipster Whale’s immediate plans is to keep adding new features and characters to Crossy Road, though they have books filled with ideas for new games that they’ve like to explore in the near future.