Fashion and technology: A reluctant but inevitable match 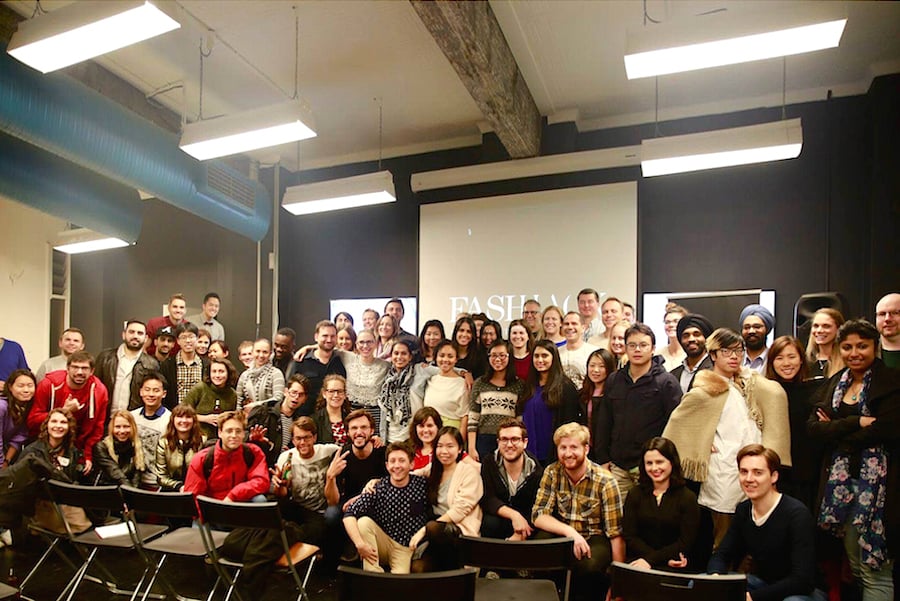 When most people picture fashion, they see runways, rail-thin models, haughty designers, sky high price tags and fabric swatches. Far from that, fashion is a multibillion dollar industry that stretches far and wide. From cotton fields to Paris ateliers, fashion is a cross-platform juggernaut eager and ripe for disruption. This year has seen a boom in wearables. From the flop of the ill-timed (and ill-designed) Google Glass to the recent launch of the Apple watch, fashion and tech seems to be an inevitable match. We can no longer be snobs and just leave it to designers and manufacturers to figure it out.

FashHack’s founder and mastermind, the petite powerhouse Victoria Lai, was inspired both by her love of fashion and her thirst for technology in the market. When asked where she got the inspiration to start FashHack, her simple answer summarises a concise product-market fit: “I can’t believe nobody has done it before.” It is baffling, considering the countless dollars to be made in the fashion tech industry, that indeed no one has done it before. With the surmounting luxury taxes and recent concerns over sustainable manufacturing, Australia seems ripe for the FashHack picking.

FashHack is an homage to #JFDI. For those who aren’t familiar: JFDI is startup shorthand for “Just Fucking Do It.” Done is better than perfect. Get off your ass and just start. You know the drill. FashHack is the perfect example of a lightbulb moment followed by a running start.

Fashion meets tech, or the other way around

When I first met Victoria earlier this year, she explained something that has stuck with me ever since: fashion and tech are a reluctant partnership. Not unlike an arranged marriage, tech and fashion have been pushed together by external forces to create new ways of life. “Tech does not understand fashion,” she started. I read between the lines – tech thinks fashion might be beneath them and doesn’t take fashion seriously. Businesses like The Iconic are often not considered to be in “fashion” but rather an “e-commerce” site.

On the opposite end, fashion has historically been afraid of tech and has its own set of prescribed condescension: unless you are sketching a design or cutting a pattern, you are not in fashion. FashHack proved them both wrong. This one is a match made in fashion heaven!

The most impressive feat was the constellation of startup superstars that supported the event. From iCentral’s Peter Cooper to Shoes of Prey’s Jodie Fox, fresh from NYC, the lineup was out of this world. From the June 11 launch event, FashHack has been consistent with the calibre of talent it brings on both ends of the pendulum. Ben Moir from Wearable experiments wore the most technical hat on that night, but Stashd’s Jess Wilson proved that hybrid solutions are indeed the way of the future.

Similarly, the casting bill for speakers during last weekend’s event was on point. Phil Morle from Pollenizer, Michael Eales from Business Model Inc, and the aforementioned Pete Cooper from SydStart did a fantastic job framing the need to merge these two worlds into commercially marketable solutions.

Lots and lots of platforms

FashHack had an option of an open or closed brief, meaning that you could either bring an idea with you or be assigned to a team that had one. It was hard to know what to expect during the pitches. To be perfectly honest, I was pleasantly surprised.

As much as exchange platforms were the main protagonists of the final 13 pitches, the use and approach each team brought were drastically different. The final products ranged from a regenerated version of 99 Dresses to at-home fitting rooms via webcams; the use of technology to solve fashion problems was in full bloom.

A different kind of founder

By far, the most remarkable thing about FashHack is its leader. Victoria is a soft-spoken, gentle soul who is shy to take any credit, a mile away from the loudly boastful bro-founders we are often exposed to in our industry. It is refreshing not only to see a woman in charge, but one who does not correspond to the traditional model of “masculine” gender forms: bossy, combative, directive and hierarchical.

Far from it, Victoria leads her team with simple boundary-setting, gentle reminders and a slight hint of neurosis (it would not be a fashion event without the need for a few sips of champagne to calm down). Victoria is a former law student and is Pollenizer’s marketing coordinator. I suggest you watch out for this rising star in the startup world. If the energy of FashHack is any indication, she will do great things!