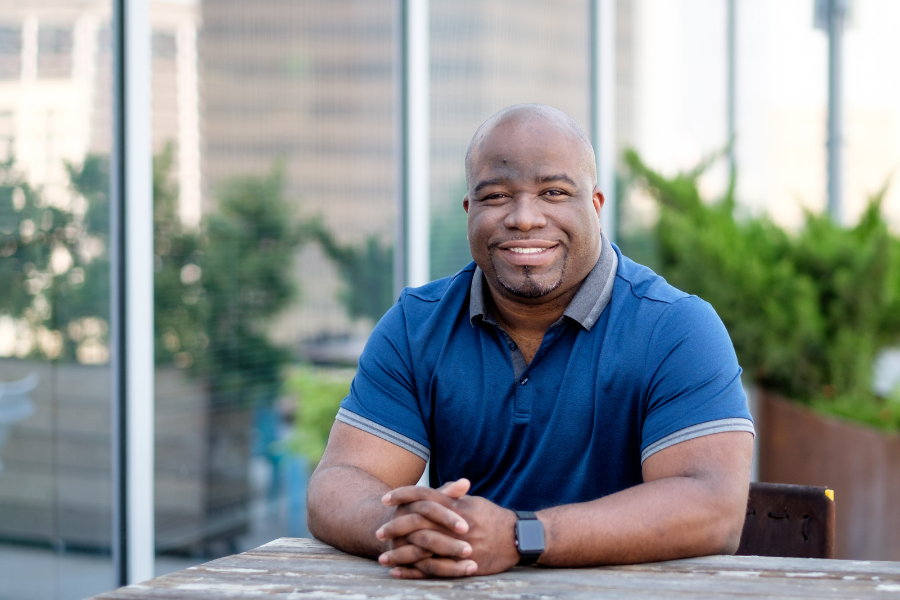 US-based startup mentor, entrepreneur and investor Oji Udezue builds products that enhance the way we live and work. Oji is former head of communications products at Atlassian and spent a decade with Microsoft with the team that built Windows, before joining the world’s biggest hedge fund, Bridgewater. Oji successfully created then divested tech company Intermingl, mentors startups at Techstars and invests in African and Southeast Asian startups as Managing Partner of Kernel Fund.

Oji made his inaugural visit to Australia last month as the new board member of Melbourne-based edtech startup Quitch and shared his top lessons for high performing startups at Swinburne University’s Innovation Precinct:

Being a founder is like the electron of innovation and money-making in any economy. It’s the biggest risk you can take with 95 per cent of founders in the US failing. It’s an irrational task and irrational mission. You’re raising money, you’re paying salaries to people who depend on you and you have investors breathing down your neck. You need a lot of grit. Ask yourself, is your idea something that you are really connected to, spiritually connected to and brings you excitement and energy?

This is fundamental. Startups with cofounders do way better than startups with only one founder. It brings more skillsets to the table but also distributes the workload – and the emotional load. Finding someone to work with on your life’s mission is hard. But you have to find that. They have to be people who complement you and you can trust. And it doesn’t have to be forever. Plenty of cofounders split after a while, hopefully amicably

As a startup investor, I look for three things: the team, the market opportunity and the business model. The team is by far the most important factor. A smart team can take any problem and solve it. Your early employees, your board members and your supporters – you have to select them all very carefully. Surround yourselves with the right people who are opening their networks and wallets and are connecting you.  If they’re not doing that reliably, then you should let them go.

Skin in the game

You want your team pushing really hard and passionately for the success of your company. Give the key people some equity so they have skin in the game and sweat the details, think about solving problems in the shower and really bear the burden with you. The most reliable way – it’s not guaranteed – is to give your people a piece of the business. They want to be billionaires too!

More on equity – your most precious resource

Equity, which is the amount of ownership stake you have in the company, is your most precious resource. Guard it carefully.  A successful company needs more money to grow and if you’re not careful you can start giving up too much equity to investors. Only founders, co-founders and investors should get outright shares. Run the acid test: will this person accelerate your company? Will they make it a better business and more valuable?

At Microsoft, I learned the meaning of a killer app which is a piece of technology that goes viral and is downloaded in the millions.  It’s scalable. Facebook is a killer app. So is LinkedIn and Tinder. These all focus on deep needs. Facebook works because the need to communicate and socialise is so deep. Microsoft Word meets the need to write down ideas and chronicle and order them.

When you have a headache, you’re going to take an aspirin. Not everyone takes vitamin because they’re found in food. So build aspirin! I love startup Quitch because it’s a companion to knowledge. It’s a spoonful of sugar that makes the knowledge go down. Humans have been transacting with knowledge forever but Quitch makes it fun.

Connect your business to an ever-increasing variable

Google’s business is correlated with population growth and internet penetration, which are two things that won’t go down. Microsoft’s ability to help people be productive in the workplace isn’t going to go the other way. Atlassian gives companies the ability to orchestrate teams to do very complicated work and that will keep increasing.

No startup succeeds on its original idea. Your mission is to run your idea by the world and use the feedback to make it better. Your customers will tell you what is working and then you adapt.  Listen to your customer and what they really want. Be prepared to move away from what you originally thought would work.

Get support by joining a reputable innovation incubator. Surround yourself with people and systems that support your startup. Get on Twitter and follow the best entrepreneurs. See what they’re saying, what they’re struggling with. Talk to your competitors. Ask what they failed at so you can learn faster. You’ll be surprised at how many people will share information.

Automate the work you do wherever possible because you don’t have time to do everything manually. For repeatable processes find technology that scales.

You have to have some luck and you need to be ready for it when it comes. It’s a big part of success. In 2003 at Microsoft we invented a new kind of email where it focused on the person who sent the message instead of the inbox. But no-one wanted it. Email was relatively new and they just wanted a normal inbox. A decade later Slack came out with a user-focused inbox based on chat and it took off like a rocket. They were lucky. The timing was right where it made sense now.

It doesn’t matter how beautiful your idea is or you just got your millionth customers; if you lack money you have to shut down. Founders have to pay attention to fundraising and figure out what your runway is. You have to be good at getting people to support you with dollars.