CommPow is an ecommerce platform helping schools fundraise with every purchase 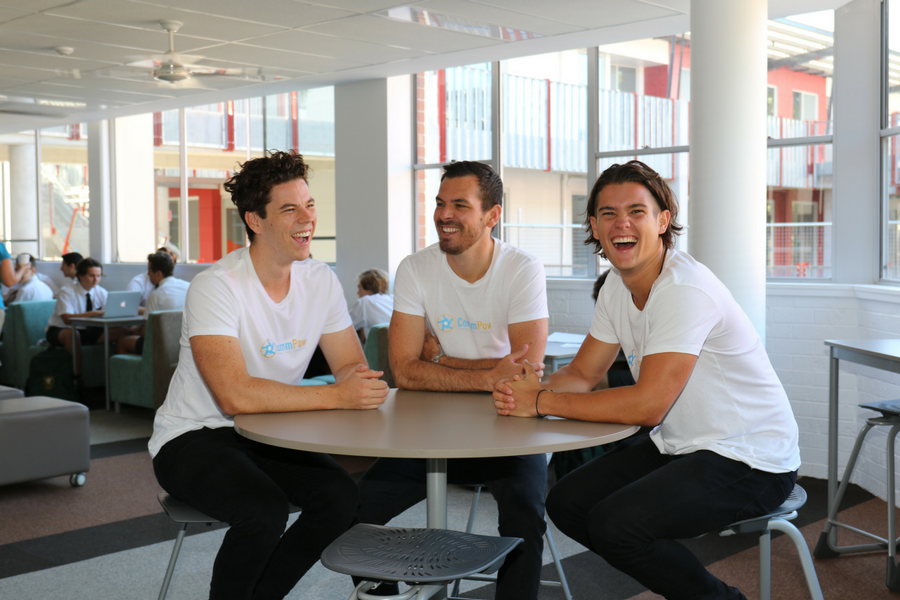 Many an Australian has a vivid memory of sitting in a classroom without aircon during summer, trying to ignore the sweaty complaints about the weather from their pungent classmates.

After Kevin Rudd aroused media attention last week, funding for aircon in schools across Australia has become a hot topic for debate, particularly for areas dealing with low school budgets and government support.

To help schools fundraise for items like aircon, or more importantly educational resources, Sydney startup CommPow has developed an ecommerce platform directed at teachers and parents that donates a percentage of their purchases made through partner retailers towards their chosen school.

Through an online platform which showcases both online and offline deals, Commpow helps buyers save on everyday essentials such as electronics, groceries, energy, finance and fitness. Based on the vendor, a small cut of each purchase will go directly to a school to help them finance resources and facilities.

Helmed by Sam Lambooy, Alex Saros, and Matt King, CommPow was founded as a way to help the young entrepreneurs give back to the school community, particularly staff and parents, by providing them an accessible way to help improve a child’s education.

“It’s not about redirecting where people spend their money, but rather giving them an option to spend more wisely while supporting their schools,” said Saros.

For Saros, who is also studying to become a secondary school teacher, developing the platform meant paving a way to ensure that every child has the best access to education.

“This is a incidental way to ensure that children have access to resources and have a greater equality of resources too, across Australia,” said Saros.

Spanning across multiple industries, the startup has partnered with brands such as Fitness First, Hotels Combined, Harvey Norman, Mortgage Support, Energy Australia and WhatIf to develop a bundle of deals across their product or service ranges.

“We’re also in conversations with other vendors in the fuel, teleco, and food and grocery spaces,” said Lambooy.

As for partnering schools, Lambooy said the business has worked its way towards onboarding over forty schools within the Broken Bay diocese, offering teachers and staff who go their access to the platform.

“We all went to a college in Brookvale, which was one of the first to come on board. Then we used group buying powers. The larger amount of schools behind us, the bigger vendors and discounts we can negotiate,” he added.

To help extend their reach further, the business has also partnered with Flexischools, an ecommerce platform, for in-school purchases such as uniforms, excursions, and canteen food. Lambooy said CommPow has also sided with AIME, an education program that supports Indigenous students, to help reach Indigenous schools and help them raise money for education.

When a user signs up for a platform, they create an account by filling out basic details and selecting which school they’re connected to. Users can then access an online dashboard, with tabs that break the online products up into categories, much like a traditional ecommerce store.

However, selecting on a particular brand takes users to a “co-branded portal” featuring all the available product deals, with Lambooy saying that users are able to save up to twenty five percent on a full-priced purchase.

“The dashboard also works with the vendor data to chart how much money a user’s saved, how much they’ve contributed to the school, and how much the school’s raised in total,” said Lambooy.

There are offline deals too, which Lambooy said currently serve local businesses such as cafes around the Manly area.

“The parents get either a physical or electronic membership card, that allows them to get discounts. The businesses pay a fee to appear on the platform,” said Saros.

With only Manly on the chart, Lambooy said the business will look to scale the “hyper-localised” side of the business across Australia.

A local merchant joining CommPow will pay a monthly fee following a three month trial period. This payment fee is then split equally between the startup and the local schools.

As for the online sales, Lambooy said the cut the startup and school receive varies based on the vendor. Often, CommPow will receive a referral fee from each purchase while is then split “fifty-fifty” with the business and the school.

Although the platform is predominantly targeted at staff and parent purchases, Saros said CommPow will also work with schools who want to make larger scale purchases, working with partners such as Harvey Norman to get a school a cheaper price on laptops, for example.

Currently, the startup is bootstrapped by the three cofounders, with Lambooy saying they’re in discussions with investors at the moment to access seed funding. Lambooy added that he wants to see a strong social impact emerging from the platform, an impact which can then be used to pivot the business nationally.

“Growing for us means fostering relationships with schools, which takes time, and trust is a big factor. In a year or so, we’ll definitely look to how we can scale that impact,” he said.