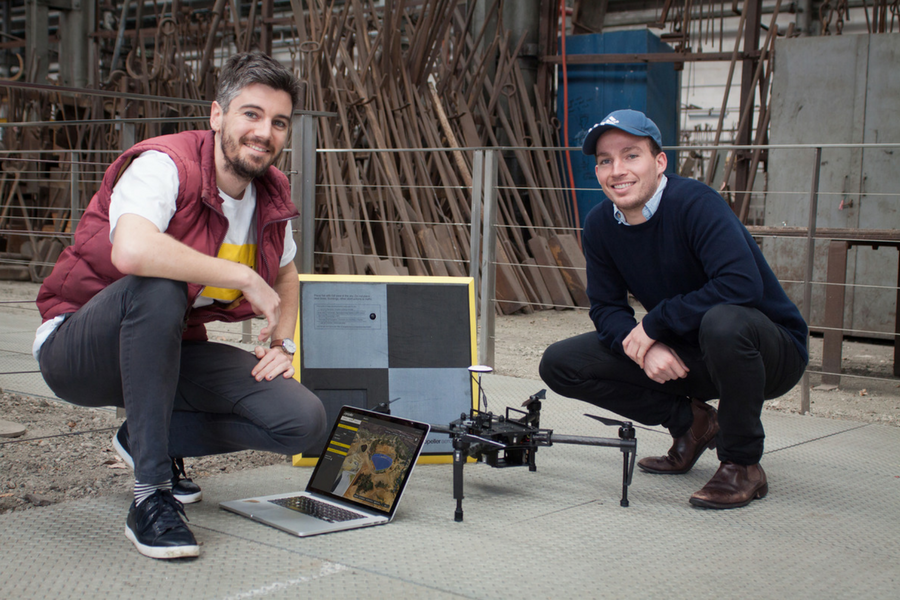 The Civil Aviation Safety Authority (CASA) has finally made changes to Australian commercial drone laws and as of tomorrow people will be able to fly drones in commercial situations without a license. The relaxing of these regulations coincides with Sydney drone startup Propeller Aero raising US$3.1 million (around $4 million) to become one of the first Australian startups to take advantage of these new laws.

Despite the investment from the US firms, Propeller Aero cofounder San Miguel said he is keen to stay put in Sydney, seeing an opportunity to leverage Australia’s strengths in the mining and construction sectors to grow the business.

With the new relaxation of commercial drone regulation Australian companies can now take a look at how drones can be used to change and improve their production, collection of data and overall business management.

Until now, Australian businesses that wanted to take advantage of autonomous vehicles needed a company operating certificate and needed to find an operator with a personal pilot’s license. However as of Thursday this week, a company will only be required to give CASA five days notice before a flight, dismissing the time consuming and expensive process of obtaining an operating certificate and a drone operator.

“In terms of CASA’s announcement, we expect the biggest changes will happen on work sites- in resources, construction and oil and gas. In these industries, it’s simple to meet the requirements of the new regulations and potential cost savings are in the millions,” Miguel explained.

In June this year the US announced new legislative Federal Aviation Administration (FAA) requirements for commercial drone use. The new requirements, known as Part 107, marked a new era for the drone industry and has paved the way for other countries around the world to do the same.

As a prelude to the FAA-approved drone regulations, Australian-founded and US-based drone startup Flirtey completed the first fully autonomous urban drone delivery tests in Nevada. The startup delivered an emergency first aid kit to a small town in Nevada to showcase how this technology could be used in disaster situations.

As well as using drones in life-saving situations, countries have also turned their attention to using drones for the commercial delivery of food. Flirtey has also conducted trials in the US and more recently in New Zealand, delivering 7-Eleven slurpees and Dominos pizza’s to residential homes.

The US and Australian amendments to drone regulation laws are crucial steps forward in the industry and will allow for significantly more drone usage both privately and commercially. By CASA removing the red tape of using small drones over work sites, the affordability and adoption of this technology is certain to increase.

Based in Sydney with offices in the US, Propeller Aero has already seen its technology used on over 2,000 different work sites in more than 60 countries around the world. The startup offers customers access to a 3D visualisation of drone data to help even a lamen to understand different data points.

Propeller Aero is an online interface where companies can upload and access any data captured by their drones on site, allowing them to instantly measure volumes and distance on any site and track changes over time.

In addition to the cloud-based software, the startup has also released a new product called AeroPoints to help different industries capture and survey drone data mapping. AeroPoints are portable ground control markers that look to increase the accuracy of drone data capturing and also increase the technology’s commercial adoption across the world.

Miguel said that the first batch of AeroPoints were sold out within days to customers worldwide, with one of their first adopters being NASA. A second and larger product batch is now in production for customers to pre-order.

In August this year the startup also formed a strategic partnership with Chinese company DJI, which just happens to be the world’s biggest drone seller, well positioning them to dominate both the Australian and US market.

Almost a million images from drones have been processed and hundreds of new users every week are engaging with its platform. Propeller Aero works directly with quarry, mines, and construction operators including German multinational, Heidelberg Cement, Australian multinational Boral and French-based utility company, SUEZ Environment.

Bucky Moore, principal at Costanoa Venture Capital and one of the investors in Propeller’s latest round, said in a blog post on the investment this morning that the startup is now well positioned to take advantage of the worldwide growth that is expected to come as a result of a clearer regulatory landscape.

“Governments worldwide, led by the USA and Australia, have demonstrated a rare willingness to alter regulations in order to allow business use of drones within legal bounds. We believe this highlights the pressure the private sector has placed on the government to allow them to take advantage of this transformative technology.”