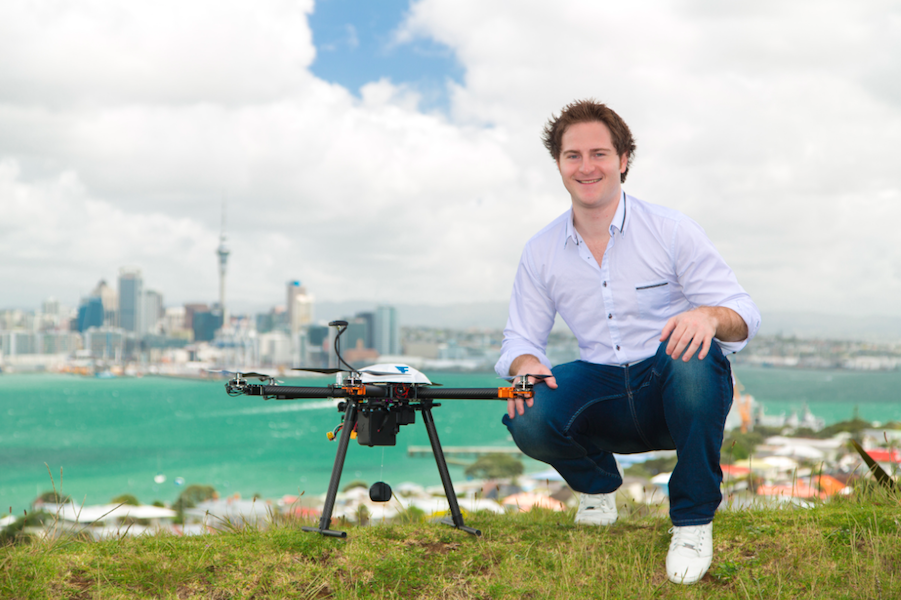 The start of year columns predicting 2016 would finally be the year of the drone may just prove to be right, with Australian-founded, US-based drone startup Flirtey completing the first fully autonomous, Federal Aviation Administration-approved urban drone delivery in Nevada.

The startup delivered a package containing bottled water, emergency food, and a first aid kit to a “residential setting” in the town of Hawthorne, with Flirtey CEO Matt Sweeny saying that the delivery is a step forward to achieving the team’s goal of saving lives and changing lifestyles with its technology.

“Conducting the first drone delivery in an urban setting is a major achievement, taking us closer to the day that drones make regular deliveries to your front doorstep,” he said.

The delivery follows another US-first from Flirtey last year, with the startup having partnered with NASA to conduct the first FAA-approved deliveries by drones on US soil, delivering pharmaceuticals and other medical supplies to a free medical clinic in Wise, Virginia.

Flirtey has since been aided by a progressive regulatory environment in Nevada; the state established the Nevada Autonomous Systems Policy Planning Panel in 2012 and passed legislation early last year to better regulate the burgeoning drone, or UAV (unmanned aerial vehicle) industry.

Brian Sandoval, Governor of Nevada, congratulated the startup and said that the Governor’s Office of Economic Development is working to make Nevada the centre of the commercial drone industry.

“The Knowledge Fund has been a successful tool to draw the industry’s attention to our capabilities, and Flirtey’s relocation to Nevada is an important step in this process. I welcome Flirtey to the New Nevada, and look forward to watching them succeed,” Sandoval said.

The Office of Economic Development Knowledge Fund in 2014 gave $3 million in funding to the University of Nevada in Reno to establish the Nevada Advanced Systems Innovation Centre (NAASIC), with the goal to support innovation in the autonomous systems market through partnerships with industry and educational programs in schools.

The Centre has been supported by the appointment of Nevada as one of six sites for the testing of UAVs in 2013, with construction on a ‘Droneport’ in Boulder City beginning last December. A partner of the test site, Flirtey has been working with NAASIC and the Nevada Institute for Autonomous Systems (NIAS) to evolve its technology, while it is also a NASA partner for the state of Nevada.

Chris Walch, director of operations for the Nevada test site, said, “This was by far one of the most successful UAS operations we ran and represents an advanced level of test and development of new UAS technology, flight planning, innovation, and mission execution by Flirtey. The Flirtey team excelled in all aspects of safe flight operations in the National Airspace System.”

Flirtey has trialled its technology a little closer to home, too, last year partnering with Fastway Couriers New Zealand to trial parcel delivery by drone. It has also worked with online retailer TradeMe and with New Zealand Search and Rescue (LandSAR).