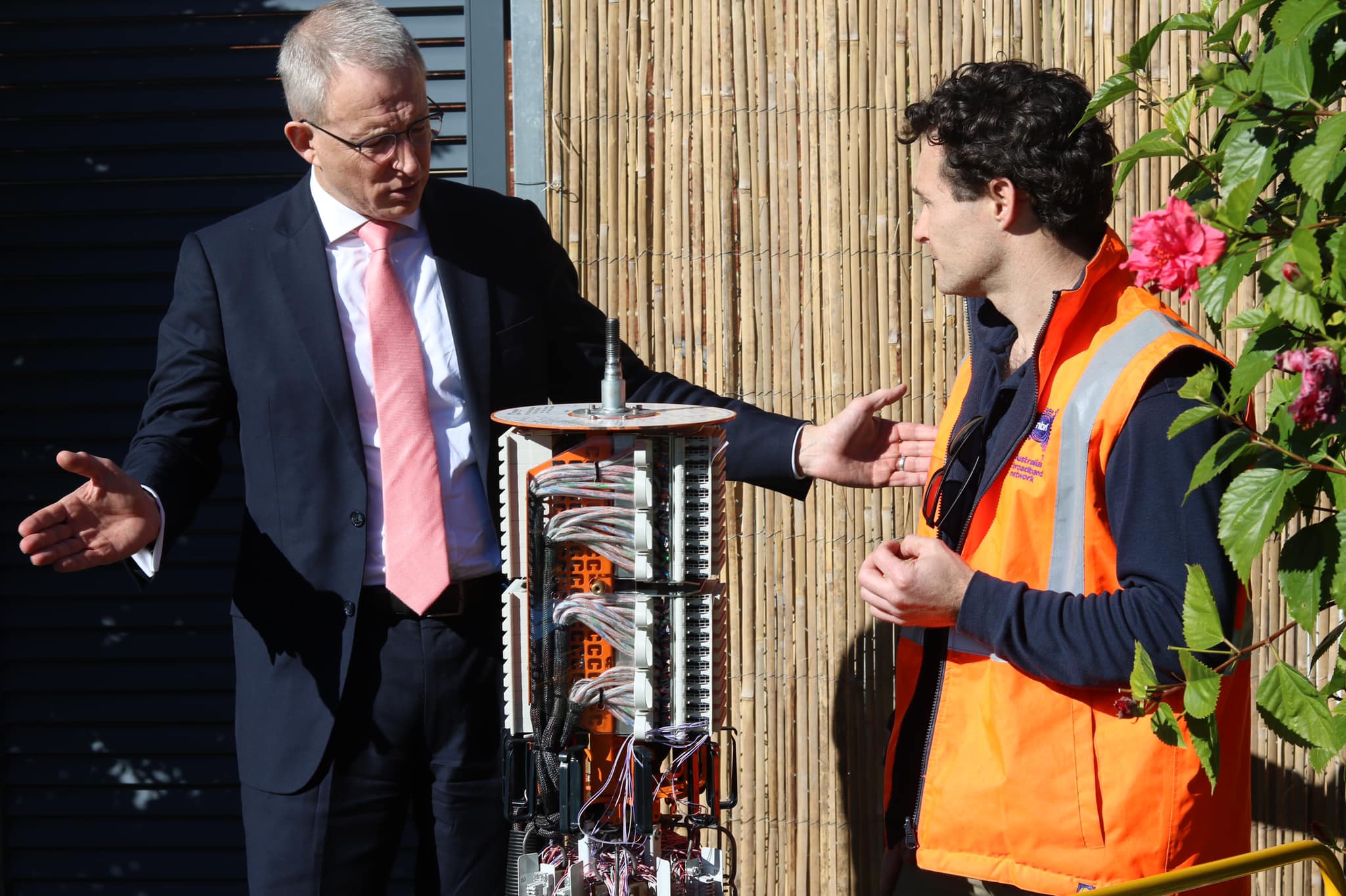 Paul Fletcher, the federal communications minister in charge of the $55.5 billion national broadband rollout, has evoked tractor production under the Soviets to defend the Coalition government’s seven-year handling of the NBN roll-out.

In a speech to the CommsDay Summit yesterday, Fletcher evoked the spectre of “those apocryphal Japanese soldiers found in remote jungles in the 1950s, refusing to believe World War 2 was over” in his opening remarks as he returned fire to defend the government’s announcement last month to spend a further $4.5 billion to 2023 on upgrades to the NBN.

Following the upgrade announcement, former Labor prime minister Kevin Rudd, claimed the decision was vindication of his original plan, saying “What a mega backflip on the part by Morrison. For 7 years they’ve botched my govt’s 2009 plan for fibre to the premises, instead wasting billions with fibre to the mythical ‘node’, giving us the worst speeds in the world. Now this! What total policy frauds.”

Fletcher spent a considerable proportion of the speech – around 1200 words of the 4000-word address – fighting against Labor’s original plan, abandoned when the Coalition came to power in 2013, in a section titled “the political myths”.

The minister pointed to the KordaMentha review of the NBN’s corporate governance, commissioned by former communications minister Malcolm Turnbull the Coalition came to power, and written in 40 days, which as an aside concluded the Labor’s model would take until 2024 to complete with a peak funding cost of $72.6 billion, to justify his arguments.

Fletcher said the Labor’s plan was two years behind schedule when the Coalition came to power.

“The company had consistently set itself targets that it could not and did not achieve – and spent billions of taxpayer funds in doing so,” he said.

“This the reality – but our recent announcement has seen a number of political myths being asserted. The first is that we simply failed to appreciate the true visionary genius of Labor’s NBN plan… These comrades are heroes of tractor production with extraordinary vision!

“Never mind that we made 80% fewer tractors than our first five year plan promised!!

“We are going to redouble the heroic efforts of all comrades in patriotic service to our motherland and our glorious revolution!!!

“Our next five year plan will deliver so many more tractors that we will prove forever the superiority of our economic system!!!!”

While criticising the ALP for its old plans, it’s worth noting that the Coalition went to the 2013 election with a promise to build the NBN by 2016 for a cost of $29.5 billion.

The project is just now being completed at a cost of $51 billion, with the additional $4.5 billion being expended on upgrades to 2023.

Not the same plan

The Minister said it was also a myth that “the Morrison Government is now doing exactly what Labor promised to do 10 years ago”.

“Compared to the Coalition’s plan, Labor’s plan was to spend $30 billion more and take six years longer to rollout – all to serve a 10% cohort of high-end users in the fixed line network.  A small group will get great service in first class – but the majority of Australians are not even allowed on the plane,” he said.

“Labor’s approach was incredibly wasteful – of both time and money.  It rolled fibre to every home – whether or not the customer actually wanted a broadband service, let alone a speed high enough that fibre is needed.

“Our approach in this next upgrade is much more prudent. To start with, we are building on what is already there: in FTTN areas on average there is more than 10 kilometres of fibre in the ground to each node.”

He said the Coalition’s approach saves about $1,500 per premises for those homes on FTTN not needing or wanting higher speeds.

“By 2023 the FTTN network will have generated $9 billion in revenues, cost $7.3 billion to build and $1 billion to operate. FTTN will have effectively paid for itself – and will continue to provide a very good service to many millions of premises for many years, generating cashflows well into the future,” Fletcher said.

“The company is now generating strong revenues and operating cashflows – allowing it to borrow from private debt markets. Annual revenue has grown from $61 million in FY14 to $3.8 billion in FY20.”

You can read his full speech here.