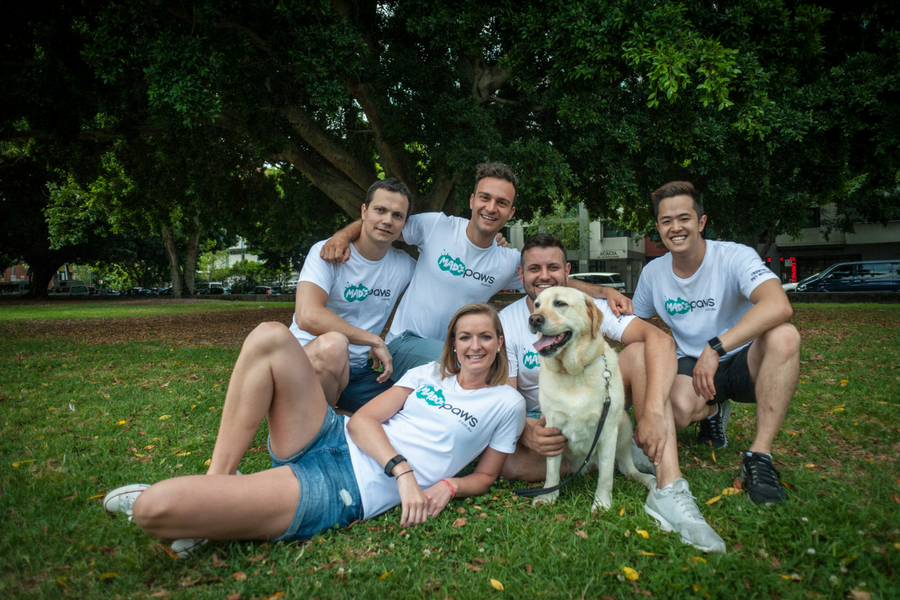 Pet services marketplace Mad Paws has raised a $5 million Series A round from investors including Qantas and the Scale Up Media Fund, with existing backer Tim Fung, CEO of Airtasker, also doubling down on his investment in the company and joining the Mad Paws board.

Bringing the total raised by the startup since its launch in late 2014 to $6.1 million, Mad Paws stated the Series A funding will go towards further development of the startup’s tech and customer support processes. Microequities Venture Capital and existing investor Macdoch Ventures also participated.

Cofounder and CEO Alexis Soulopoulos said the round comes after the startup tripled its revenue in 2017.

“I am extremely proud of the Mad Paws team, who continue to work with the same passion and conviction they have demonstrated for the past 3.5 years. Every day we see the joy and comfort that Mad Paws brings pet sitters, pet owners, and most importantly their pets,” he said.

The choices Mad Paws has made in terms of its investment partners are particularly interesting; like an increasing number of local funding rounds we’ve seen of late, Mad Paws has joined other startups in looking for funding linked with strategic partnerships rather than straight cash.

Mad Paws late last year announced a commercial partnership with Qantas that allows Qantas Frequent Flyer members to earn points through every booking made through the Mad Paws platform.

“For Mad Paws, the link with Qantas is the perfect strategic fit; Qantas takes care of those who travel, while Mad Paws looks after their four legged friends who stay at home,” Soulopoulos said.

“Because of the tremendous value Qantas brings and also because we work extremely well together with their teams, the commercial conversations went hand in hand with investment conversations. The investment underlines the intention of this partnership to drive value for both businesses and their customers, in the short to mid term, and also in the long term.”

According to Rob Marcolina, Qantas Group Executive Strategy, Innovation and Technology, almost two thirds of Qantas customers are pet owners; as such, how they care for their pets when they are away is important, and in turn “a key part of their travel experience with [Qantas]”.

“Mad Paws is already growing strongly and we’re excited to see what new opportunities this partnership and investment will bring for the business and their customers,” he said.

Qantas had been exploring the pet space for a while; fellow Australian pet sitting marketplace Pawshake last year took part in the scaleup stream of the Qantas Avro program run by Slingshot Accelerator, a stream focused on helping the scaleup and corporate reach a memorandum of understanding around a potential collaboration or partnership.

Beyond the relationship with Qantas, Mad Paws has also made an interesting choice in taking funding from the Scale Up Media Fund.

This isn’t exactly ‘funding’; rather, the Fund – a partnership between News Corp, Network Ten, Nova Entertainment, and Fox Sports Australia – ‘invests’ between $500,000 to $1 million of discounted advertising inventory across its networks.

For Soulopoulos, the decision was simple; for Mad Paws to continue on its growth trajectory, he said, the startup must reach scale through word of mouth and “an effective marketing mix”.

“The Scale Up Media Fund assets allow Mad Paws to do two things: firstly, to scale to new heights faster because of the mega high reach of these marketing channels,” he said.

“Secondly, those assets assist strongly to build brand awareness, alongside our other marketing channels. Those two points of course only makes sense if the economics of those marketing channels make sense: all our tests showed that this was indeed the case.”