A key piece of tech bro swag, invented by an Australian, just turned 100 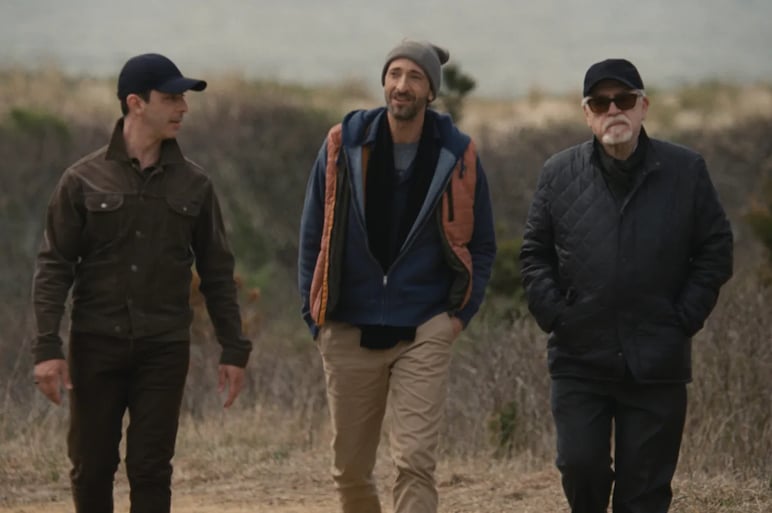 The best way to signal success is a puffer jacket. Image: Succession/HBO Max

This week marks 100 years since a famous piece of tech fashion, the puffer jacket, was developed by an Australian innovator.

George Finch was born in regional NSW in 1888, but soon became a man of the world, studying science in Switzerland, the medicine in Paris. He became a chemist and was awarded an MBE in 1918 for his efforts during WWI around (his science background made his an innovative bomb maker), but his other great passion was mountaineering.

Alongside Englishman George Mallory, he was consider one of the greatest climbers of the era, and the first person to climb above 8,000 metres.

While Mallory was partial to running around nude on mountains, that was good ol’ fashioned British aristocracy at its finest.

Finch, brilliant, meticulous, strategic, was from the colonies. Not the sort of chap who fitted into the best of British.

Yet when the English set off to conquer Everest in 1922, his talent saw him included in the expedition. 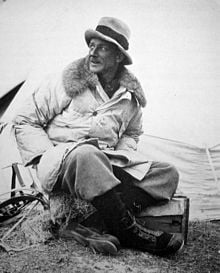 He tied his own shoes on a mountain rather than getting a manservant to do it. The Poms could be any more sneering and condescending. Seen repairing his own boots, the Everest expedition’s deputy leader observed of Finch: “I always knew the fellow was a shit”.

The Australian joined the expeditions with two inventions he’d developed – an “eiderdown coat” (aka puffer jacket) with a fur collar, and bottled oxygen. A century on, both are now cornerstones of contemporary climbing.

Even the colour was a portent of future tech clobber. Finch’s version was bright green, the outer lining made from hot air balloon fabric. Nearly 100 years later, an iconic image of Amazon boss Jeff Bezos wearing Aviator glasses and and a khaki green puffer vest would serve as a reminder of the Australian’s genius.

The English “gentlemen”, layered everything from pyjamas to jumpers and tweed (of course), thought Finch’s clobber hilarious, and delighted in taking the piss, right up until it finally dawned on them just how effective his creation was in keeping out the wind and cold.

The expedition secretary wrote that the jacket “will make you die of laughing”.

Expedition photographer John Noel thought differently, writing in his diary that: “Finch, who had a scientific brain, invented a wonderful green quilted eiderdown suit of aeroplane fabric. Not a particle of wind could get through.”

Finch’s diary subsequently noted their envy and how “it is no longer laughed at.”

But they turned up their noses – no pun intended – at oxygen, as, well, not cricket.

Mallory had first shot at the summit and failed. Then they let Finch have a crack and he set an ascent record of 8,360 metres before his climbing buddy got into trouble and they retreated.

Finch wasn’t invited on Mallory’s 1924 expedition. The Englishman was last seen alive high on the mountain around June 8 with his young, inexperienced climbing partner Andrew “Sandy” Irvine. They took Finch’s bottled oxygen with them.

Mallory’s body was found on Everest 75 years later in 1999. A climber spotted what he thought was a white rock. It was Mallory’s bare, frozen back.

When New Zealander Edmund Hillary finally successfully climbed Everest in 1953, Finch acted as an advisor to the expedition. His puffer jacket design was tweaked by Kiwi firm Fairydown and that design is pretty much what we wear to this day.

Finch died in England in 1970, aged 82. From scaling mountains to scaling companies, his creation lives on, as a tech uniform, a century later.