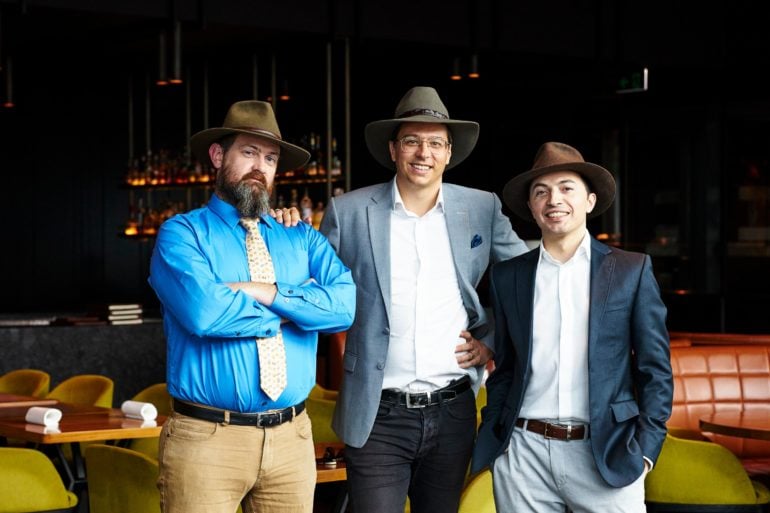 The funding is earmarked to ramp up R&D, expand production and manufacturing capabilities in Australia and abroad, and accelerate its international push. Fable has launched in Singapore and UK , with the US on the cards by the end of this year.

Fable makes its vegetarian products from shiitake mushroom stems to imitate beef brisket and pulled pork and has launched a range of ready-made meals.

Blackbird and Mike Cannon-Brookes’ Grok Ventures, who were investors in Shoes of Prey, previously co-led a $1.5 million round into Fable, and the concept has the endorsement of celebrity chef Heston Blumenthal.

The products are competing globally with Silicon Valley tech ventures such as Beyond Meat and Impossible foods, along with several local rivals, including brands such as Made with Plants, The Vegan Factor, Wildly Good, Veef, Next Gen and Why Meat Co, and v2food.

The Fable raise comes just a week after CSIRO-backed rival v2food, a joint venture with Hungry Jacks billionaire Jack Cowin, announced a $72 million series B+ round for international expansion.

“Thanks to the backing and support of Blackbird Ventures, AgFunder and all of our investors, we will be able to bring our delicious, clean, and responsibly crafted meaty mushroom products to more people around the world,” he said.

“We want to inspire people to make more healthy and sustainable food choices, and we believe that people shouldn’t have to compromise on taste or quality to do so.”

“Blackbird is proud to continue the journey with the team as they set out to solve one of the most pressing issues facing the planet,” he said.

“My friendship with Michael goes back nearly two decades – to see him be so obsessed with his mission is one of the great joys of this job.”

Derek Handley, founding partner of Aera VC, said his fund was excited that the startup had joined its portfolio of founders reshaping the future of food and combating climate change.

“We’ve been backing founders with radical solutions to reverse climate change since 2017 and search the world for those who have what it takes to build a global icon. The Fable team 100% fits the bill,” he said.

Former SafetyCulture European GM Dan Joyce has also signed on with the startup as Chief Growth Officer, to lead Fable’s expansion in the UK, US and Asia.