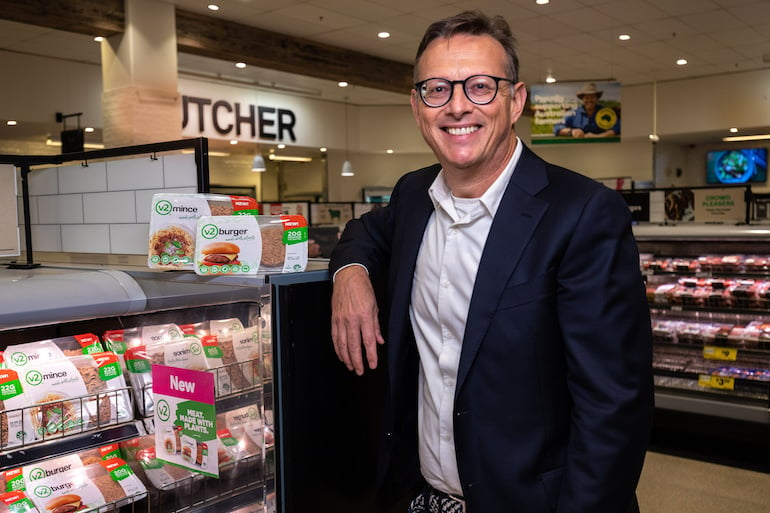 The latest capital injection is to ramp up expansion into China and Europe and scaling its manufacturing.

The plant protein joint venture between Hungry Jacks billionaire Jack Cowin and the CSIRO, previously raised A$77 million in a series B round last October from several Asian investors including Singapore’s state-owned Temasek Holdings.

Made from legumes (aka protein-rich pulses), the startup’s ‘mince’ looks and tastes like meat, with added fibre and nutrients, and is the basis of the Hungry Jacks Rebel Whopper, as well as being available in supermarkets as mince, burger patties and sausages.

The company was co-founded by former Masterfoods and PepsiCo executive Nick Hazell and is building a $20 million processing plant on the NSW-Victorian border.

The products are competing globally with Silicon Valley tech ventures such as Beyond Meat and Impossible foods, along with several local rivals, including brands such as Made with Plants, The Vegan Factor, Wildly Good, Veef, Next Gen and Why Meat Co, as well as “braised beef” made from mushrooms by former Shoes of Prey founder Michael Fox’s Fable Food Co.

“Alternative meat has a crucial role to play in the fight against climate change,” he said.

“The v1 versions of alternative meat have created awareness and demand, now we have to step up and supply the customers with healthy, delicious and price competitive products. v2food, with its world-class team and scientific expertise, is the right company to deliver this new generation of alternative meat across the globe.”

The company recently launched into the Chinese market, with its the v2mince mimicking pork rather than the local beef version. V2food is now in New Zealand, Thailand, Philippines, Japan, and Korea.

Nick Hazell said the company is speeding up product advancements and scaling up our business footprint.

“Adding to our existing Sydney HQ, we have officially opened operations in China, and appointed our new China General Manager, Cyrus Pan, to build the brand locally across Asia,” he said.

“This round enables us to continue our efforts improving and iterating our products and further grow the company in terms of scale, global competitiveness and business development.”