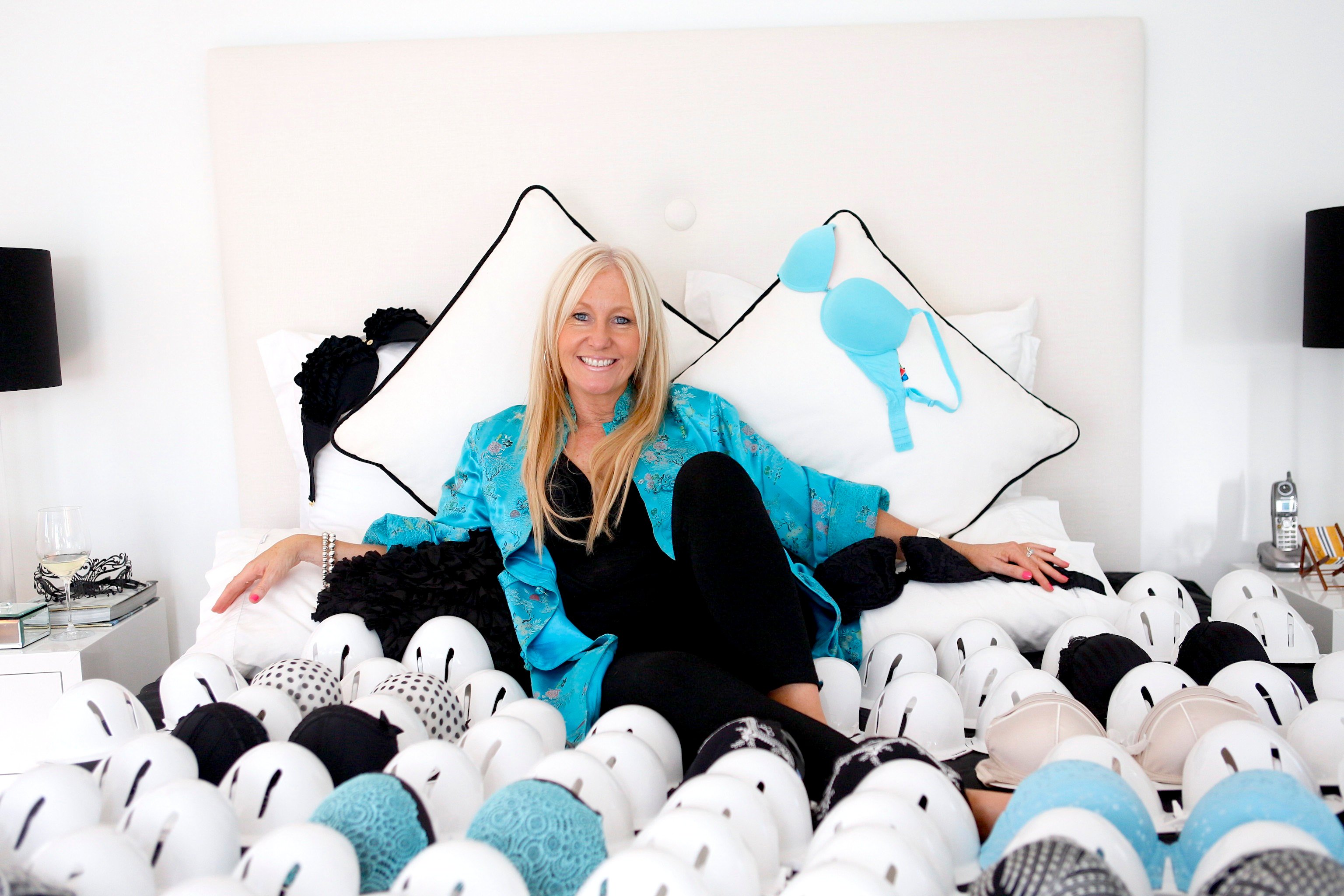 A woman’s bra drawer is chaos.

Women worldwide spend over $15 billion on bras every year; and too often we fail to keep them intact due to impractical storage options.

Yet no solution had ever been created. Until now.

Bra-Voe is an innovative solution for bra storage that’s gained widespread acclaim across the country, and won the title of Best Product Design at the Sydney Design Awards last Wednesday.

Its cleverly designed moulded cups, made from durable polycarbonate, help maintain the shape and contour of bras. And to top it off Bra-Voe can be installed on a wall, in a drawer or on a shelf.

“It’s great to get this recognition for Bra-Voe. A lot of thought and detail went into planning the design for Bra-Voe, as we wanted to create a high quality product that would become part of women’s everyday lives. The design needed to be functional, durable and also visually appealing and we achieved this,” says Helena Crumpton, Founder of Bra-Voe.

Like with many other inventors and their creations, the idea for Bra-Voe was borne from frustration. In 2007, Mrs Crumpton ruined one of her favourite bras by shoving it into an overcrowded drawer. The bra cup didn’t pop back into shape, the lining was saggy, and ultimately it was unwearable.

“I told myself, that was the last bra I was going to ruin!” says Mrs Crumpton.

She went out to find a better way to organise her bra collection, and thought a CD rack would do the trick – but it was useless in retaining shape. So she decided to sketch out a design with the help of Sydney-based designer Kevin Whitley; and only by chance did she share the idea with her girlfriends, who loved it and convinced her to turn the idea into a business.

“I was unable to find a suitable solution so I set about creating my own. I made my very first Bra-Voe and ended up making dozens for all my friends who also wanted to better store their precious bras. It was at that point I knew I had a good idea and set about refining the design and commercialising Bra-Voe,” says Mrs Crumpton.

It took some time to design the product so it would be suitable for all bras, given the variation in sizes and styles available in the market.

Making Bra-Voe versatile, in terms of where it can be installed, was also a challenge. Mrs Crumpton wanted to deliver a product that can not only be mounted horizontally in a drawer or on a shelf, but one that can also be mounted on a wall or behind the door for women who didn’t have drawer space.

“When mounted horizontally, you can flick through the bras backwards and forwards easily. But vertically, the problem with the initial design was that the top bra would flop down on the lower ones, making the ones placed in the middle and at the bottom difficult to take out,” says Mrs Crumpton.

Aside from perfecting the design, affording the necessary funds to progress the business was difficult. By 2010, Mrs Crumpton had run out of money, even after remortgaging her house, and faced the prospect of not being able to pay for the patents she had applied for to protect her designs.

As a last resort, she sent out a ‘help’ SMS to 100 of her closest friends and family. The response was “touching, everyone wanted to help in any way they could.” And one of her friends was a rugby trainer at the Parramatta Eels NRL Club and suggested speaking with the bosses of hydraulic hose manufacturer Pirtek, known for their sponsorship of the Club.

After speaking with them, Pirtek owner Peter Duncan and his son Glenn Duncan decided to back Mrs Crumpton’s business – allowing her to be in the position she is today.

Bra-Voe now has a worldwide patent, with 50,000 units ready to be delivered to anyone who purchases it online. It’s being manufactured in New Zealand, and distributed from Western Sydney.

A number of retailers have expressed keen interest in selling Bra-Voe in their stores.

“There are two retail avenues. Bra-Voe can sit nicely next to lingerie in a number of retail chains; but given that it’s a storage solution, it can also sit nicely in stores that sell homewares and wardrobes,” says Mrs. Crumpton.

Once established in Australia, Mrs Crumpton plans on creating more products under the same brand, and taking Bra-Voe to overseas markets.

Though the journey has been turbulent, Mrs Crumpton says she’s proud that she “didn’t give up”.

“With the financial burdens that Greg (my husband) and I experienced, I could’ve easily given up. But I promised my husband that I will get Bra-Voe into the market, that I will keep going no matter what,” Mrs Crumpton adds.

“The whole journey made me realise how amazing my family and friends are. Without their support, I couldn’t have done it. So I’m really grateful that they stood by us through the ups and downs.”

Her one piece of advice to other startups is “to never be afraid to follow your dreams and to keep your tenacity shoes on.”

“When you’re starting a business, you need to have tenacity everyday. It’s hugely challenging, so you have to maintain that determination that got you started,” Mrs Crumpton adds.

Bra-Voe is available in black or white and comes in three sizes, Sweet, Sassy and Laveesh. It can be purchased online for AUD$49.95 via www.bra-voe.com.

Previous article Startup hopes to sock it to the competition for a good cause
Next article StageLabel: Unique crowdfunding platform for fashion
Via Advice
Tags Australiabrabra-voebusinessentrepreneurHelena Crumptoninnovationlingeriestartupstoragewomen