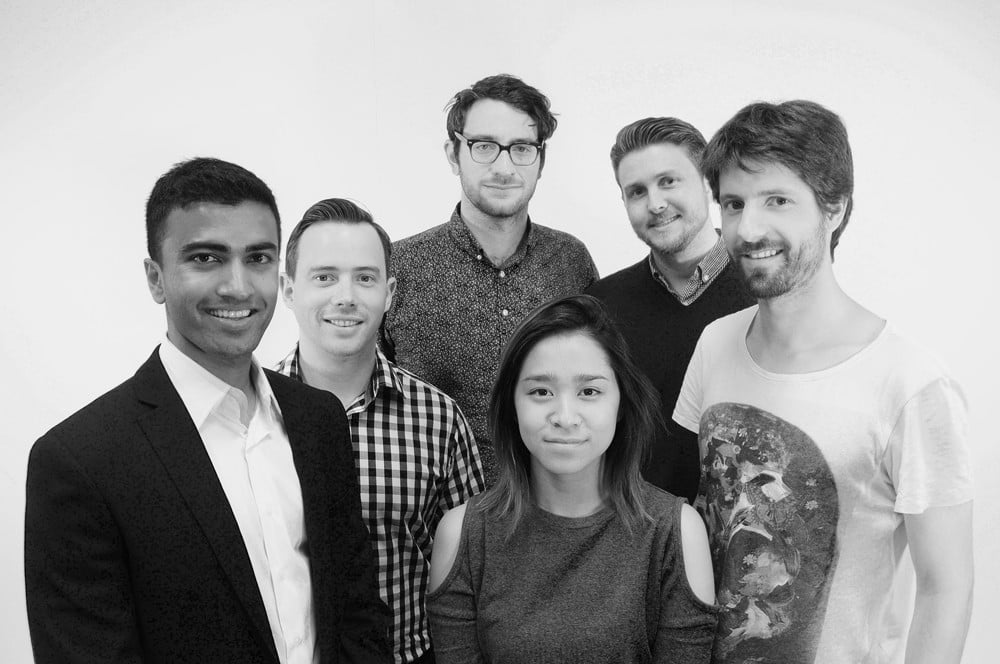 The Australian fashion industry has changed drastically over the past two decades due to reduction in tariff levels and increase in costs of domestic production. Many of the larger labels have moved textile clothing and footwear activities offshore to save costs and enhance sustainability. But what about talented young designers who haven’t broken into the industry yet?

Australian startup StageLabel is a crowdfunding platform not only for prominent fashion designers, but also for promising ones fresh out of University, TAFE or College, who have no business experience, no capital, just raw talent.

“We help designers develop an early customer base, get feedback on their designs and help find funding for individual items. Customers get access to truly unique designs and the power to support and grow the next big thing in fashion.”

Having spoken to many of his friends who’ve tried to get their fashion labels off the ground, Bhargava realised there were far too many talented people struggling to make it in the highly competitive industry. This is not because they don’t have the talent; rather, because don’t have the resources, networks, or the business experience to compete alongside brands like Sass & Bide and Charlie Brown.

“It takes a whole lot of money and appetite for risk to create a range and then sell this to customers,” says Bhargava.

“I want to pull down some of this risk and at the same time help designers build sustainable businesses. Crowdfunding and the validation it offers, perfectly mashes together these two ideas.”

Bhargava explains that StageLabel builds on the traditional idea of crowdfunding. Designers don’t set a financial target; they aim for a sales target for individual designs.

“The target is the minimum number of sales needed for them to validate the commercial prospect of the design,” he says.

“This is highly disruptive as it puts the design process into the hands of customers. It also means that designers no longer have to go on ‘gut feeling’ before putting out a range. They can receive market validation around individual designs before they spend significant amounts of capital to send them through production.”

Bhargava acknowledges that there are other businesses trying to solve the same problem, but they are executing it differently.

“There are more traditional crowdfunding platforms but they don’t seek to draw an exclusively fashion-based audience and there are other crowdfunders that focus on fashion but they are very small at the moment,” he says.

“Essentially, we see ourselves as the very first stage of validation for up-and-coming designers. Once they know a particular design works, we encourage them to take that concept into production and sell through their own or other e-commerce stores and retailers.”

In Australia last year, the online retail fashion market was worth $13 billion. Bhargava says they plan on taking a decent bite out of this market, but also have their eyes set on creating and entering new markets.

StageLabel has partnered up with five of the biggest fashion schools in Australia – located in Sydney, Melbourne and Canberra – giving access to more than 2,000 designers.

“We run free workshops for their students on how to approach the business side of fashion and how to employ the right sales, social media, and marketing strategies. We are building early relationships with these soon-to-be-graduate designers and see this as a big source of our future designers,” says Bhargava.

“It was a great experience and we are looking forward to showcasing some of these designers on our platform,” says Bhargava.

The business has been self-funded to date, while they focused on developing a full-scale product and increasing brand awareness.

“We are built to make money from the day we launch, but we will likely be looking for seed investment after we launch from people who not only provide capital but the right “fit” for us to quickly reach the next set of milestones we have mapped out,” says Bhargava.

StageLabel’s business model follows the crowdfunding route where the business takes a commission on each campaign successfully reaching its target.

“It’s higher than many broad crowdfunders, but we feel this is acceptable due to the narrower market and the going commission rates in the fashion industry,” says Bhargava.

The StageLabel team came together at Startup Weekend Melbourne earlier this year – where they were runner-ups in the competition – and Bhargava has spent the last few months galvanising the team.

“Thankfully I got very lucky by finding an amazing and very talented team with just the right set of skills needed for StageLabel,” says Bhargava.

“Our developer, designer and copywriter have been busy building our online platform; our community manger has been building StageLabel’s presence in social media; and our business development guys have been building relationships with partners, signing designers and customers and helping spread StageLabel throughout the fashion industry in Australia.”

Their biggest achievement to date has been the 100 percent success rate in signing up designers.

“Every designer that we have spoken to has signed up to StageLabel. We currently have roughly 50 designers signed with StageLabel in Australia and roughly 15 or so who have contacted us from overseas after hearing about us through word-of-mouth,” says Bhargava.

And the biggest challenge has been collaborating with others in the team when they’re based in two locations.

“I am based in Sydney and the rest of the team is based out of Melbourne. Although it has been great to have teams in two different cities allowing us to target customers, designers and build partnerships more broadly, it was challenging as well,” says Bhargava.

Right now, the team is focused on launching StageLabel in Australia next month, and plans on setting up an office in a major fashion capital overseas.

“We’re now getting ready to launch our first set of campaigns. But our vision spreads beyond Australia and we’re focused on entering larger markets,” says Bhargava.

To get exclusive access to designs from up-and-coming fashion designers in Australia, visit www.StageLabel.com.