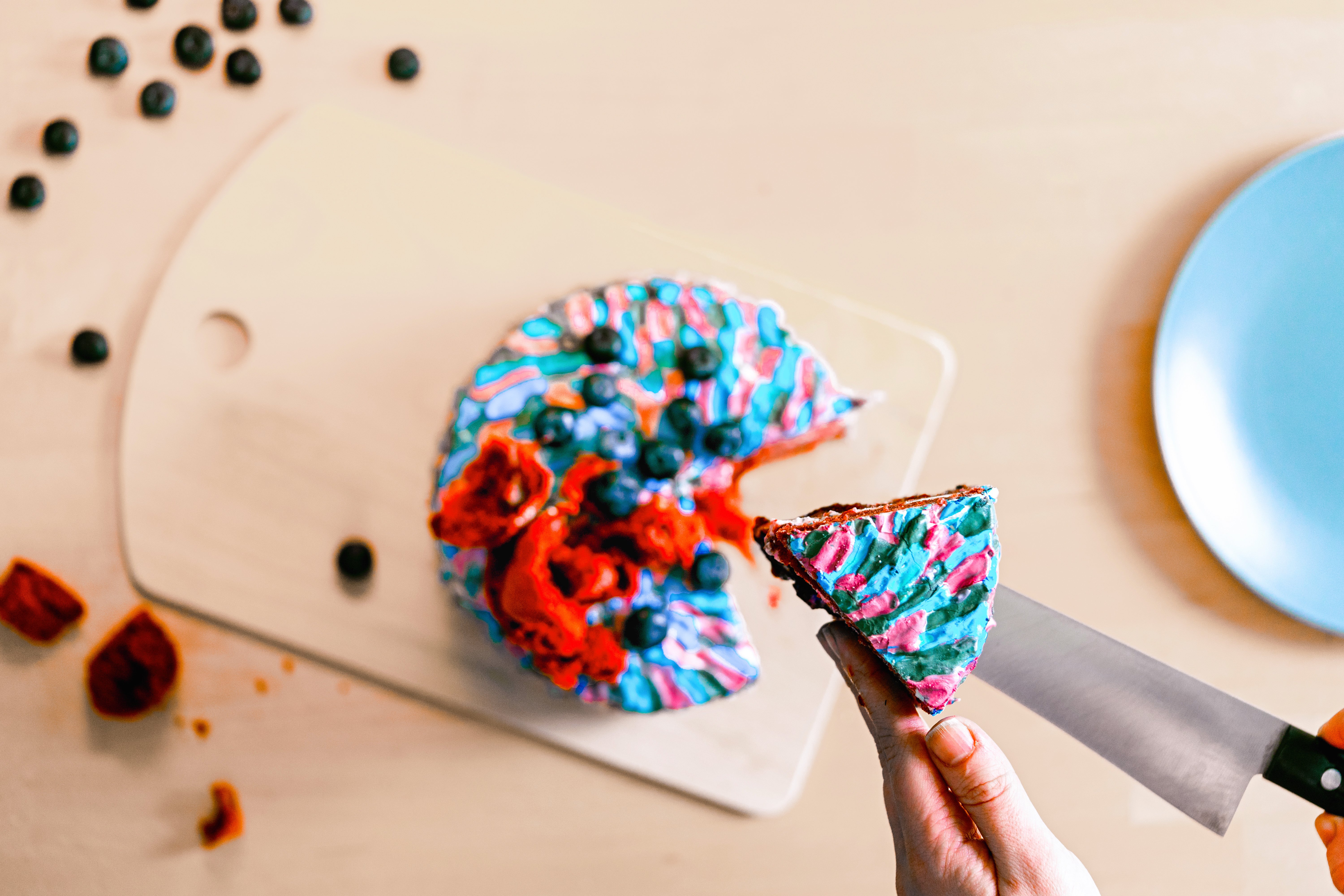 The shares soared in the first hour of trade from a listing price of $2.75 to $3.51, a 20% gain on paper for the company’s tightly held register of shareholders. By mid afternoon, the price had settled to around $3.33.

Atlassian co-founder Mike Cannon-Brookes is Tyro’s biggest backer – having spent nine years on the board – with a 12.74% stake, around 63 million shares, through his private investment company Grok Ventures.

The Tyro float is the biggest local listing of 2019 and it was clear from early on that shares in the SME payments and business lender were the hottest ticket in town with co-lead manager Morgan Stanley warning that the offer was “multiple times” oversubscribed, leading to “significant scale-backs across the book”.

More than 11 million of the company 496 million shares, worth around $40 million, changed hands in the first hour.

Tyro went into the float with 450 existing shareholders, and after raising $287.2 million – $34 million more than planned – that figure had grown to just 1,396.  Morgan Stanley told listed equities investors this week when the price was set at the top target of $2.75 that the company had directed allocations to be “heavily skewed in favour of large, long-only, domestic and international investors” who were part of the management roadshows.

As part of its listing today, the company published its list of the top 20 shareholders.

Around 50% of the capital raised in the float goes into voluntary escrow until the FY20 preliminary results are lodged.

While Cannon-Brookes tops the list, a number of prominent individuals feature amid institutional investors, including Euclid Capital Partners Danita Lowes (3) a 5.8% stake. And it’s payday for Tyro’s longstanding CEO, Jost Stollman, who ran the business from 2004 to 2016, with 3.35% of the business, now worth around $58.3 million. 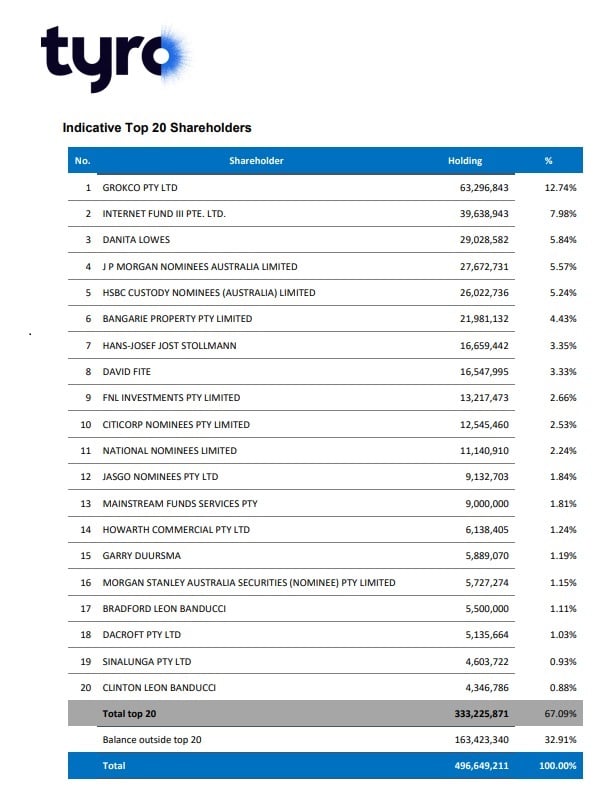