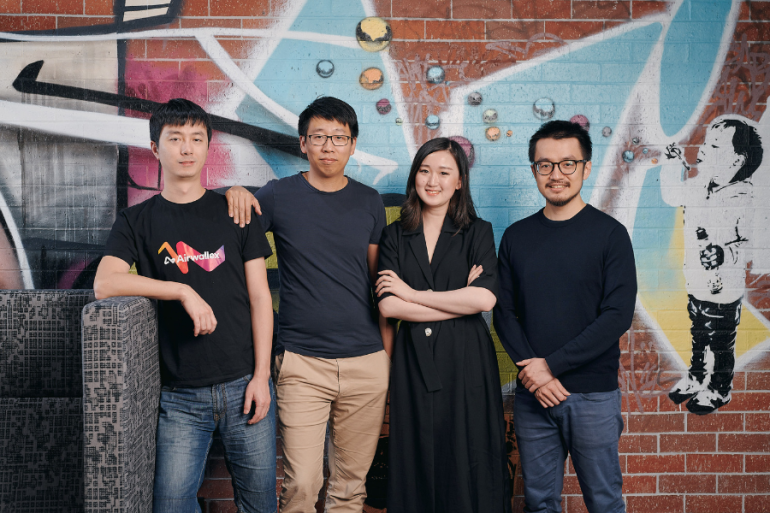 The success of leading Australian fintechs such as Judo Bank, MoneyMe, Airwallex and Afterpay has landed the country in the top 10 nations for fintechs according to a new global ranking of the ecosystem.

Australia ranked eighth in the Global Fintech Index City Rankings 2020, which evaluates fintech ecosystems in more than 230 cities across 65 countries. More than 7,000 companies globally make up the ecosystem. 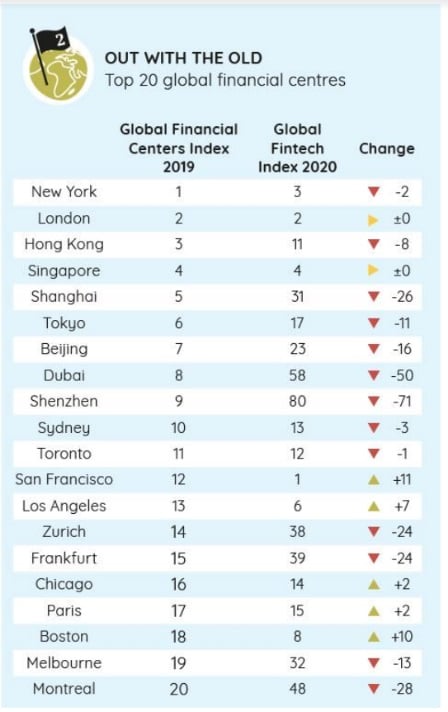 Sydney’s performance at 13th position, with Melbourne 32nd, roughly aligns with its status as a global financial centre, however the report reveals a growing disconnect between the traditional hubs of finance and the fintech sector outside of the top two New York (3 for fintech) and London (2).

Sydney is 10th as a financial centre, Melbourne 19th. The poorer performers include Dubai, Zurich, Shenzhen, Frankfurt and Shanghai, replaced cities in emerging economies, such as Sao Paulo, Bangalore and Mumbai, climbing the fintech ladder instead.

Simon Hardie, CEO of Findexable, which produced the fintech rankings report for the first time, said their findings revealed financial wealth is no guarantee of a city’s status as a fintech hub.

“You might call this the rise of non-traditional finance. There are some common features of winning fintech hubs around the world. Fintech-friendly regulations incentivise entrepreneurship and encourage investment. A strong talent pool is also key to fintech success together with an ecosystem where people can connect easily,” he said.

The US also tops the list for fintech countries followed by the UK and Singapore. Lithuania is a surprise fourth.

Hardie, who labels fintech “the electricity of the global digital economy” adds that the rankings are proof of how much, and how fast, the world is changing.

“Keeping up with the pace of change, and keeping track of progress, is essential if fintech’s digital difference is to be successfully converted into real-world value,” he said.

The Global Fintech Index City Rankings 2020 also exposes an apparent break in the assumed link between a city’s status as a startup city and its position as a global fintech hub, meaning the terms fintech and startup are not interchangeable.

One aspect of the report that will undoubtedly amuse critics of Australia’s broadband network is that it’s one of just two nations in the top 10 for fintech that doesn’t have wifi speeds ranked in the top 20. 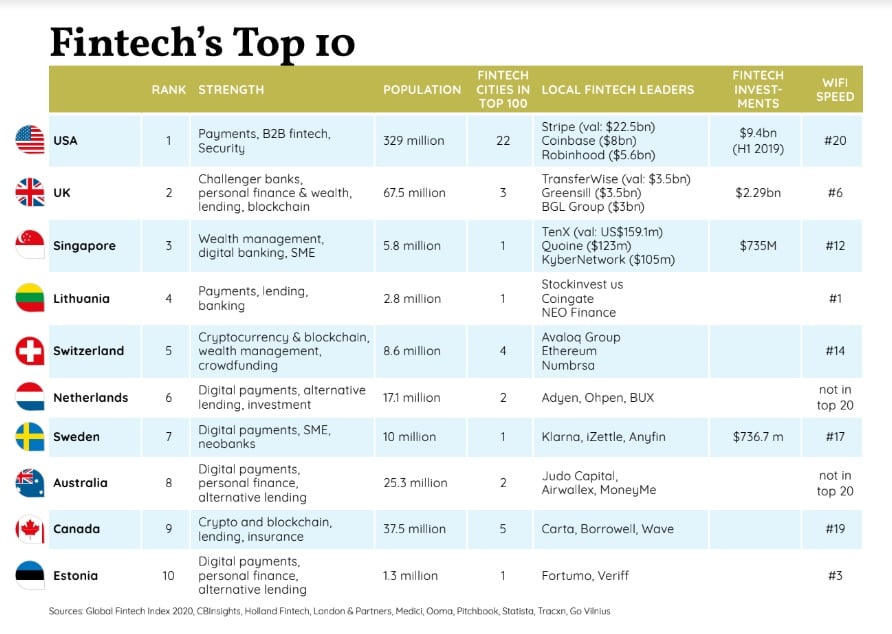 “This is an incredible result, and a testament to the hard work our ecosystem has put in to grow its reach and influence,” she said. 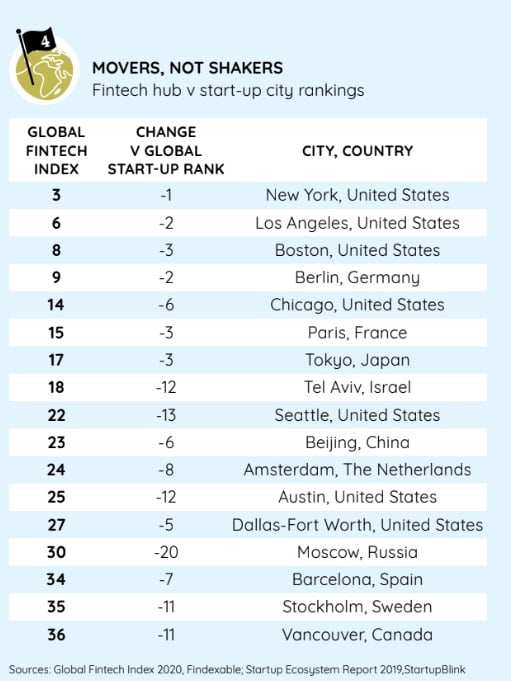 The Global Fintech Index City Rankings 2020 can be downloaded here.