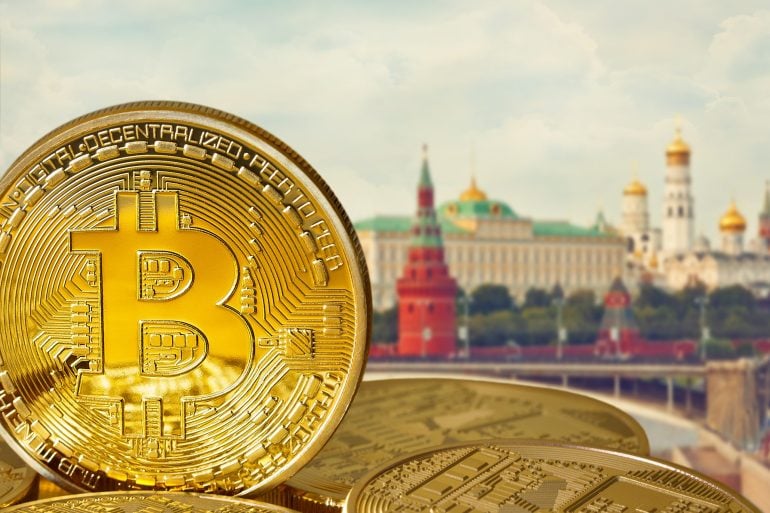 Harsh economic sanctions were meant to punish Russia for its invasion of Ukraine, but there are already signs that Russia’s government and wealthy oligarchs may be using cryptocurrency to work around Western financial controls.

Backed by tax havens around the world including Switzerland and Monaco, direct sanctions on Russian President Vladimir Putin and the wealthy oligarchs that support him have frozen billions in assets.

Thanks to direct sanctions blocking Russian airlines, gas pipelines, ships, and a range of other products, “we are inflicting pain on Russia and supporting the people of Ukraine,” US President Joe Biden said during this week’s State of the Union address – lauding “powerful economic sanctions” that had cut 30 per cent of the ruble’s value, crippled its stock market, and left the economy “reeling”.

Despite his optimism, however, monitoring of cryptocurrency markets suggests that Russian businesses and wealthy individuals are already adapting to the new normal.

The volume of high-value daily cryptocurrency transactions – those worth more than $US100,000 – was worth $22b ($US16b) when Western countries blocked Russia from the global SWIFT payments network on 26 February – and had quadrupled to $88b ($US64b) just two days later.

Yet this rapid growth isn’t the most significant part, said Rance Mashek, president and founder of trading platform iVest+, who noted that the difference between inflow and outflow was just $55m ($US40m).

That means the entities conducting those large transactions are buying and selling almost exactly the same amount of cryptocurrency.

That, in turn, suggests that they aren’t investing in crypto to hold onto it, but are instead using it as a form of currency exchange.

Looking back over the past 90 days of data, Mashek said, “this is the biggest disparity between large block transactions happening and the lack of inflow and outflow.”

“What do you deduce from that except that it looks like this is transactional? That’s what you can do out there – move out of the ruble into the US dollar or Australian dollar – and do it through Bitcoin.”

The figures are a reminder of the challenges that cryptocurrencies and decentralised finance (DeFi) pose for the world’s governments, which have struggled to keep up with criminals that value cryptocurrency’s anonymity and non-traceability – and exploited DeFi to launder nearly $12b last year alone.

High net-worth criminal ‘whales’, like the Russian oligarchs targeted in the current sanctions, are currently holding more than $34.5b ($US25b) in cryptocurrency, according to a new Chainalysis report that identified 4068 criminal whales – a third of which received 90 per cent or more of their funding from known illicit sources.

Based on the time zones of criminal transactions, Chainalysis concluded, the largest number of cryptocurrency whales were found in the UTC+2, UTC+3 and UTC+4 timezones – which correspond to Kyiv, Moscow/St Petersburg, and Dubai, respectively.

“The ability to efficiently track criminal whales and quantify their holdings from one public data set is a major difference between cryptocurrency-based crime and fiat-based crime,” the firm notes.

“In cryptocurrency, transactions are saved on the blockchain for all to see [and] investigation of criminal whales represents a significant opportunity for government agencies.”

While law-enforcement authorities have had some success in tracking down and recovering cryptocurrency ransomware payments, Mashek notes that this was possible because authorities knew where the first payment had come from – giving them somewhere to start following the money trail.

Even as one Russian oligarch publicly warned that sanctions won’t stop the conflict, world governments are preparing further measures – but because conventional financial systems are based on transparency and the rule of law, experts warn they can only do so much.

Russia likely anticipated the prospect of sanctions, they say – and if the now global pariah can transact with other rogue nation-states in secret using anonymous and untraceable cryptocurrencies, the result could well be an alternative trade system operating under the noses of global financial authorities.

Just as the COVID-19 pandemic normalised remote working and the use of remote-collaboration tools like Zoom, Mashek believes a surge in use of cryptocurrency – including many legitimate efforts by charities and relief efforts – could normalise its role in international commerce.

If the conflict “lasts for a prolonged period, and [cryptocurrency] starts to become the norm in this environment to get things done, that is just going to put that much more of a stamp of approval” on cryptocurrency, he said, noting that exchange platforms would be tested like never before throughout the conflict.

“The short term is going to prove it or not,” he explained. “If crypto doesn’t hold its security, that’s going to show a vulnerability – but if it does, and it shows that it can handle the increase in flow and that the transactional volume can be supported, that’s going to be pretty strong.”

“Getting that widespread societal adoption might take a while, but so far we have not seen anything that indicates that is a problem.”