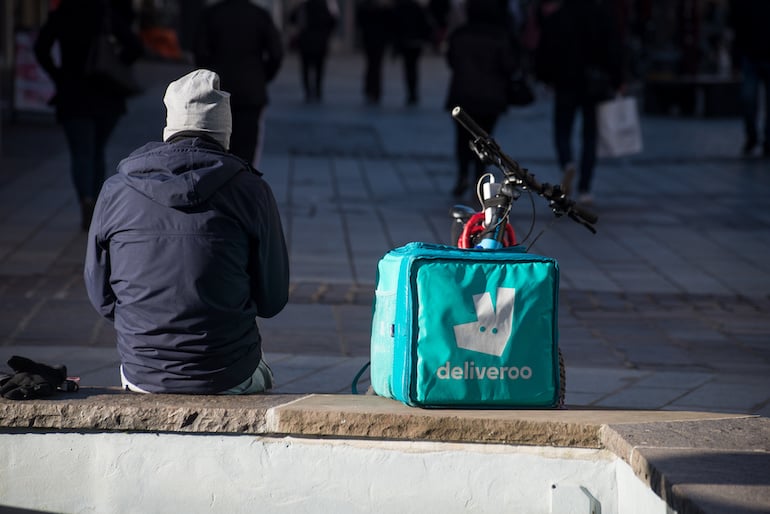 The business had serviced more than 12,000 restaurants, with around 15,000 delivery riders and employing around 120 local staff, having expanded into grocery and liquor delivery.

Deliveroo launched in Australia in 2015 setting up its HQ in Melbourne. It was the first of the gig economy delivery services to land here, but failed to gain traction and a path to profitability amid heavy competition from rivals such as Uber Eats, DoorDash and Menulog, alongside new competitors regularly entering the market.

Deliveroo was also under increasing political pressure, with Victorian industrial relations minister Tim Pallas promising better pay and conditions for gig economy workers ahead of a state election later this month. Politicians nationwide have been grappling with how to legislate better employment rules for the sector.

The company also fell foul of regulators last year when the Fair Work Commission found a driver was unfairly dismissed because he was an employee, not a contractor.

And while Uber and DoorDash collaborated with the Transport Workers Union (TWU) in striking deals to improve the working conditions of delivery riders, TWU National Secretary Michael Kaine said Deliveroo remained an “outlier” in the gig industry.

The union is meeting with the administrators today and has been a regular critic of Deliveroo’s business practices.

“Deliveroo’s sudden and cowardly act treating workers as callously in exit as it did in operation highlights the urgent need for the Federal Government to enact gig reform. Transport workers were hit first and hardest by the gig tsunami and are now being left high and dry by Deliveroo at the first indication that it can’t rely on exploitation to make profits,” Kaine said.

“Workers are reliving the Foodora departure of 2018, following the pressure of the TWU’s successful unfair dismissal case on behalf of rider Josh Klooger and an investigation by the ATO. It is clear that urgent regulation is necessary to stabilise this industry and ensure workers are treated fairly, can work safely, and have secure jobs.”

The nine-year-old company. which has seen its share price plunge by 66% over the last 12 months, shuts down operations in the Netherlands on November 30, having originally floated the idea in August.

Australia generated around 3% of global turnover, but the operating cots hit the company’s EBITDA by around 0.3%. The app was shut down and stopped taking orders ahead of the announcement on Wednesday afternoon.

In a statement to the LSE, the business said the Australian market “is highly competitive” and did not have a path to profitability “without considerable financial investment, and the expected return on such investment is not commensurate with Deliveroo’s risk/reward thresholds”.

In an ominous sign that the London parent could shortchange local businesses as it heads to the exit, Deliveroo said it will put forward a Deed of Company Arrangement to the administrators “setting out the appropriate compensation packages it intends to provide for its creditors”.

That includes guaranteed enhanced severance payments for employees as well as compensation for riders and certain restaurant partners.

Chief operating officer said their focus is on making sure employees, riders and partners are supported through the process.

“This was a difficult decision and not one we have taken lightly. We want to thank all our employees, consumers, riders and restaurant and grocery partners who have been involved with the Australian operations over the past seven years,” he said.

The delivery service operated in 15 cities, including the capitals and regional areas such as Ballarat, Bendigo, Gold Coast, Sunshine Coast, Geelong, Wollongong, Newcastle and Cairns.

After pulling out of two countries is still operates in 10 nations, but despite generating more than US$1.2 billion in revenue globally, has yet to post a profit.

“Without ongoing funding, the director of Deliveroo Australia resolved to place the company into administration. Administrators had no alternative but to cease operations immediately in the absence of financial support.”

Korda said their priority was an orderly wind-down of the Australian operations to achieve the best outcome for all stakeholders.

The first creditors meeting for Deliveroo Australia will be held on Monday, November 28. The future of the business will be decided at the second meeting of creditors, which is likely to be held mid to late December.