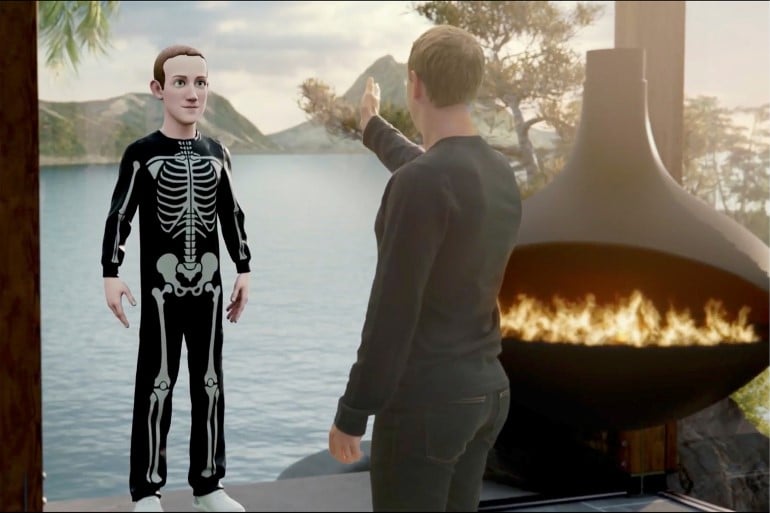 More than 25,000 jobs are set to be cut at three of the biggest tech companies in the world, as rapid growth during the pandemic slows and broader economic headwinds pick up speed.

Reports emerged this week that Amazon is planning to lay off about 10,000 people, on the back of Facebook parent company Meta’s confirmed plan to cut back its workforce by 13 percent, or 11,000 people.

It follows the halving of Twitter’s workforce with the sacking of nearly 4,000 staff earlier this month just days after the platform was taken over by Elon Musk.

More broadly, there have been a huge number of job losses across the wider tech sector in 2022. According to layoffs.fyi, which tracks job losses from public reports, there have been more than 120,000 employees laid off across 795 tech companies this year.

Tech giant Amazon has begun significant lay-offs, with plans to cut 10,000 jobs, the New York Times reported. These cuts are the largest in Amazon’s history, and represent about 3 percent of its corporate employees, and 1 percent of its global workforce of more than 1.5 million.

The job losses will be mainly seen in Amazon’s devices organisation, which includes its voice assistant Alexa, its retail division and in human resources.

Amazon enjoyed astronomical growth during the pandemic thanks largely to the significantly increased use of online shopping, and growth in its cloud computing services.

This saw Amazon double its workforce in just two years.

But the company’s growth has stemmed in recent months, hitting its slowest rates in the last 20 years earlier this year.

Last week Amazon’s stock reached its lowest levels since the onset of the pandemic, with $US1 trillion taken off its value since last year.

Just days before the huge job losses were reported, Amazon founder Jeff Bezos announced he planned to give away most of his $US124 billion fortune during his lifetime to tackling climate change and inequality.

Meta, the parent company of Facebook, Instagram and WhatsApp, last week announced plans to slash 11,000 staff, the largest cuts in the company’s history, and represent 13 percent of its 87,000 workforce around the world.

Meta CEO Mark Zuckerberg labelled the decision as the “most difficult change we’ve made in Meta’s history”.

“I know this is tough for everyone, and I’m especially sorry to those impacted,” Zuckerberg said.

Zuckerberg blamed Meta’s focus on growth and hiring during its increase in popularity during the pandemic, and the subsequent recent downturn, for the decision. He said that the “macroeconomic downturn” and “increased competition” led to Meta’s revenue being far lower than expected.

“Many people predicted this would be a permanent acceleration,” he said. “I did too, so I made the decision to significantly increase our investments. I got this wrong and I take responsibility for that.”

Meta revealed its Q3 2022 financial results earlier this month, outlining falling revenue, stagnant users and huge losses through the company’s big bet on the metaverse. Meta lost $US3.7 billion through Reality Labs, its internal division focusing on the metaverse, in the third quarter of 2023.

Overall, Meta’s net income was down more than 50 percent year-on-year.

And Twitter is now also reportedly cutting more than 4,000 contractors focused on content moderation and engineering, after 3,700 full-time staff were fired earlier this month. These job losses were made just days after Elon Musk took control of Twitter.

Musk claimed these cuts were needed due to a “massive drop” in revenue, and saw up to half of its workforce gone in a day.

This means that about 25,000 full-time workers at these three tech giants have lost their jobs in this month alone, as economic headwinds and a lack of confidence in tech companies hits them hard.

Earlier this month Lyft said it would be laying off about 683 employees, and Stripe revealed it would be shedding 14 percent of its workforce, impacting 11,200 employees.

In contrast to the huge layoffs at other tech giants, social media firm TikTok is looking to nearly double its workforce in the US to 2,000 people, according to The Information.

TikTok has reportedly approached some of the laid off Twitter staff about joining the company.

Previous article ROOTED: Deliveroo just shut down in Australia
Next article Australia’s talking tough on a new cyber taskforce to ‘hack the hackers’, but that also puts a target on our national back
Via Global tech
Tags AmazoncontributorInformation Agemeta