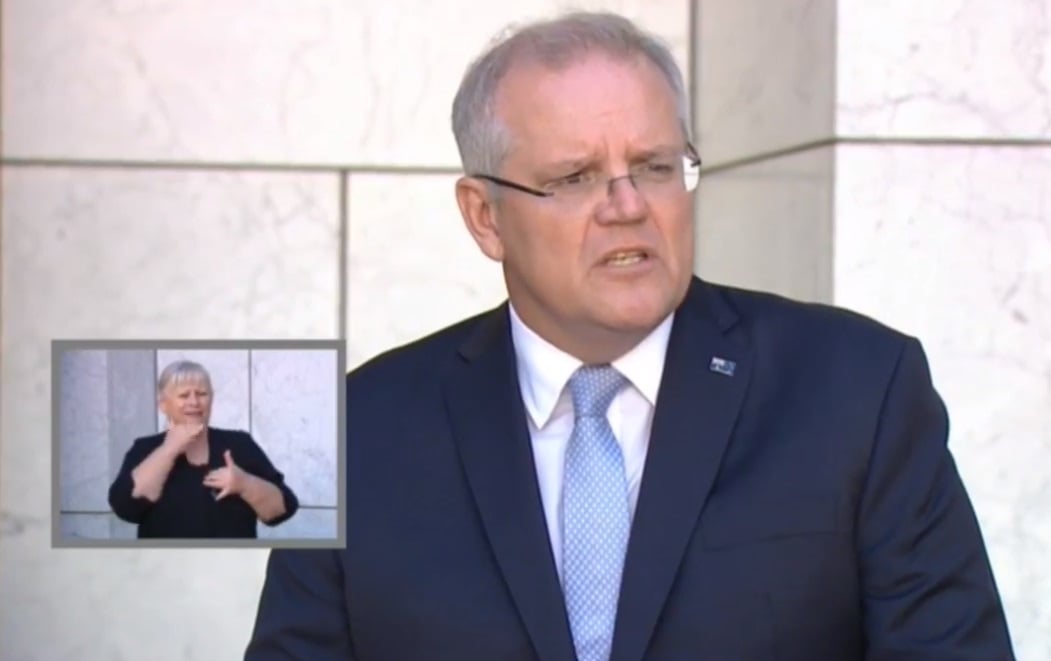 Small and medium-sized businesses will get up to $100,000 each over the next few months from the Australian government in a bid to save millions of workers from losing their jobs.

To keep staff on the payroll, the Morrison government will spend around $25.2 billion, with the first $50,000 cash payment to SMEs for wages made in a matter of weeks, with another $50,000 available in the new financial year.

The Prime Minister said it will help the nation through the next six months “or longer”.

The move is expected to improve cash flow for around 690,000 businesses and 30,000 not-for-profits, with a turnover under $50 million, supporting nearly 8 million jobs, more than half of those in NSW and Victoria alone. All businesses will receive at least $20,000, Treasurer Josh Frydenberg said.

Today’s announcement builds on the previous package, doubling the payment to employers to pay staff from 50% of their wages to 100%, doubling the maximum figure to $50,000 in the process. The Treasurer said their payments won’t require any new paperwork and will come tax free from automatically from the ATO.

The cash flow injection for business is part of a $66 billion stimulus package to keep the nation on its feet as it deals with the economic impact of the coronavirus shutdown. The latest stimulus follows on from the $17.6 billion response unveiled last week.

Government guarantees for business loans, relief for company directors in dealing with insolvent trading legislation, and making it harder to bankrupt a business and giving it longer to respond to financial claims against it are among the changes being made to help companies through the COVID-19 crisis.

Prime Minister Scott Morrison said Sunday’s announcement was was just “the first tranche” for Australians who will feel the hardest blows first.

“We cannot prevent all the many hardships, many sacrifices that we will face in the months ahead,” he said.

The Coronavirus SME Guarantee Scheme will be offered on loans taken out in the six months from April 1, but can’t be used to refinance existing loans.

Prime Minister Morrison said there is “no two-week quick fix or shut down – and it all goes away, and we get on with our business”.

The cash for SMEs will be linked to a company’s wages bill, based on the taxes it pays, with those who shed staff having their payment reduced or stopped. The ATO will calculate how much a business will receive based on BAS forms lodged on April 21 and the quarterly BAS due on April 28, and begin making the credits as quickly as possible.

The government says the combined economic assistance response to COVID-19 is now worth around 10% of Australian GDP or $189 billion. Nearly half of that figure is the $90 billion in quantitative easing – buying government bonds to inject cash into the economy – announced by the RBA last Thursday.

Sole traders who have seen their income fall by 20% or more will be able to gain early access to their superannuation in a move worth up to $27 billion. Treasurer Josh Frydenberg says that figure just 1% of the $3 trillion currently in super.

Among the other measures of support announced by the Treasurer is a change to the bankruptcy threshold from $2000 to $20,000, with businesses given six months instead of the usual 21 days to respond to a claim.

“The third part of our package will provide regulatory shield for what are otherwise profitable and viable businesses that find themselves under severe financial pressure as a result of the coronavirus,” Frydenberg said.

The government will also provide relief for company directors over the next six months when it comes to the strict laws on personal liability when the company is potentially trading while insolvent.

Among initiatives Scott Morrison said would “supercharge the safety net”, a range of existing social security payments will be increased and the eligibility rules will be softened.

A $550 per fortnight additional Coronavirus supplement will be paid to existing and new recipients of the JobSeeker Payment, Youth Allowance, the Parenting Payment, Farm Household Allowance and Special Benefit for the next six months, on top of their existing benefits, injecting $14 billion.

The $750 stimulus payment announced 10 days ago will be doubled to $1,500 for social security and veteran income support recipients and eligible concession card holders, but not for those who’ll receive the Coronavirus supplement. The extra $750 will be paid on July 13 to around 5 million people and is worth around $4 billion. The first $750 is due to be paid on March 31.

People under financial stress will also be able to access up to $20,000 of their superannuation – $10,000 this financial year, and a further $10,000 from July. They won’t need to pay tax on the super draw down and it won’t affect Centrelink or Veterans’ Affairs payments. Applications will be need to be made online via myGov.

Prime Minister Morrison said it “will not be the Treasurer and my last visit to these podiums” for announcements in response to the COVID-19 crisis.

“We have to change the rules for this period to make sure more and more Australians get through this to the other side so they can bounce back strongly when it is over,” he said.

“They will be more packages and more support. There will be more issues that even now have not presented themselves or could not even be conceived at this point with what we may face over the next six months and we will be working night and day to ensure we bring forward the measures Australia needs to get them on this bridge to the recovery on the other side.