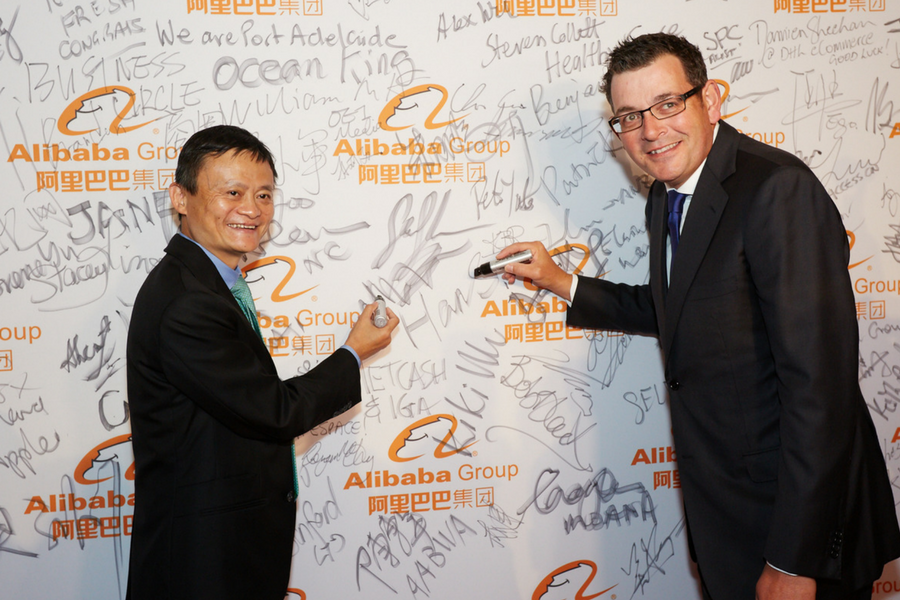 After months of expanding its dealings in Australia, Alibaba Group this weekend officially opened its Australian and New Zealand headquarters in Melbourne, with the local office to be headed up by Maggie Zhou.

Zhou, who has been growing an Australian team for nine months, said a physical headquarters for the business locally will help ensure Australian businesses have the necessary support and information they need to grow into China.

“Longer term, Alibaba Group’s vision for the ANZ region is to build the entire operating infrastructure needed to enable local businesses to expand globally,” she said.

Alibaba Cloud opened a data centre in Sydney last year, while the company reports that over 1,000 stores are now accepting Alipay across Australia and New Zealand.

Its decision to open its local headquarters in Melbourne was spurred on by the Victorian Government, which over the last year has been working to bring international tech companies to the state.

“This is just the start, with further growth planned in the areas of cloud, payments, digital entertainment and logistics,” Zhou said.

Jack Ma, Alibaba’s founder and executive chairman, said the local team will help Australian and New Zealand businesses “share their world-famous products with billions of customers around the world”.

“Whether a large company with existing links to China or a mum-and-dad run exporter operating out of a garage, Alibaba Group is here to make it easy to do business anywhere,” he said.

According to Alibaba there are over 1,300 Australian and 400 New Zealand brands on the Tmall and Tmall Global platforms; a report released last month on Tmall’s 2016 performance placed Australia as the fifth-highest country selling into China on Tmall Global, following Japan, the US, Korea, and Germany.

It comes after several years of Alibaba making a concerted push to get local brands onto its platforms.

The company last September signed a strategic collaboration agreement with Austrade that is to see dedicated services provided for Australian companies looking to sell in China, as Austrade and Alibaba both look to encourage SMEs to become first-time exporters in particular.

Alibaba also partnered with Australia Post through Tmall in 2014 in a deal that has allowed local businesses to sell to China through Australia Post’s own Tmall storefront, auspost.tmall.hk.

Australia Post then last year signed a Memorandum of Understanding with the Victorian Government to help identify Victorian businesses that would be well suited to joining its Tmall storefront.

The relationship between Alibaba and Australia Post was strengthened over the weekend, with the two organisations announcing an agreement that will see Australia Post storefronts established on Lazada platforms, the Southeast Asian ecommerce network Alibaba bought into last year.

Australia Post will also work with Alibaba’s logistics arm, Cainiao on data integration and the development of a “co-branded cross-border” service and packaging for Australian packages to China.

As Alibaba outlined its intentions, Ma paid tribute to Australia at the opening, saying, “Australia will always have a special place in my heart and that’s why I am so pleased to come back to contribute to supporting Australian businesses to create opportunities and jobs in a country that has meant so much for me.”

It came after the announcement on Friday of Ma’s donation of $26 million to the University of Newcastle in NSW to honour engineer Ken Morley, who he met in China in 1980.

Morley brought Ma to Australia in 1985; of the trip Ma said, “the culture, the landscape and most importantly its people had a profound impact on my view of the world at that time”.

Alibaba’s local opening comes ahead of the much-speculated and anticipated launch of Amazon in Australia later this year.