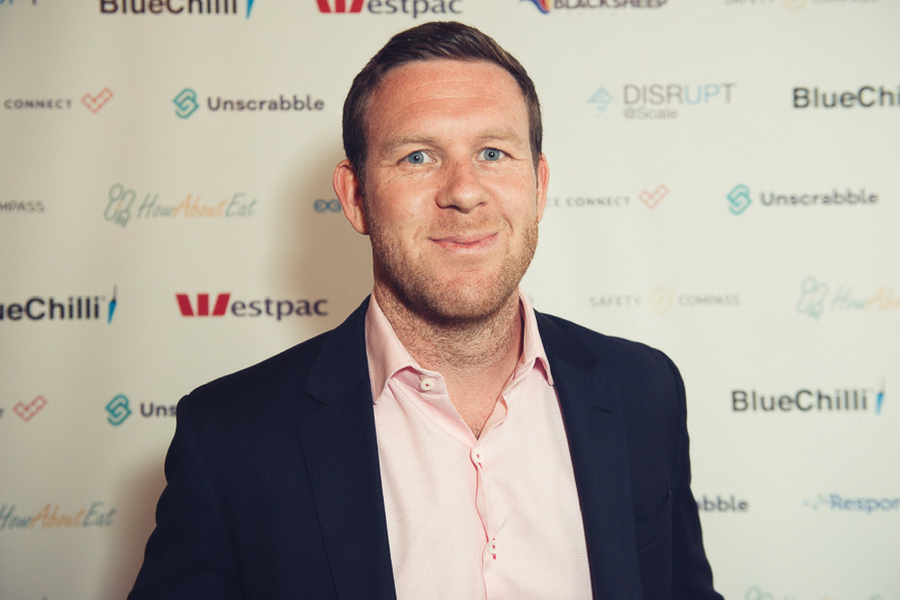 Sydney office space management startup SpaceConnect has today announced a raise of $400,000 following its graduation from BlueChilli’s startup accelerator program Disrupt@Scale. The seed funding round, led by BlueChilli, will allow the startup to drive growth across its Australian corporate customer base.

SpaceConnect enables a workplace to manage their desk and meeting room bookings through the use of IoT (Internet of Things) technology to automatically book a free space when needed. The startup uses iBeacon and Ambient Intelligence technology to provide property managers and corporates with real-time live insights into how their space is being utilised.

As space within a workplace moves towards an open plan working environment, property managers are tasked with the challenge of ensuring office space is utilised to its full potential. For larger companies employees wanting to utilise the boardroom for example, it can be tricky to plan around timetables and free up space.

“Property managers worldwide are adopting an ‘activity based working’ environment, hoping to improve the utilisation of expensive office space and increase the effectiveness of collaboration among employees,” said SpaceConnect founder, Matt Pope.

“However they soon learn it’s not enough to just knock down walls and ask everyone to ‘hot desk’. Organisations need help to make sure they’re situating employees and teams in the right locations for the goals they’re tasked with achieving.”

Based on the current usage of space, SpaceConnect’s algorithm can predict the future requirements of a particular space to ensure seamless space management experiences for corporates and their employees. With numerous meetings being pushed forward or outright cancelled, SpaceConnect automatically checks-in the next on the list to increase workplace space efficiency.

In engaging space with real-time data, SpaceConnect also aims to help reduce commercial property costs. “With the increasing rate of change it’s not enough to review workplace planning annually or quarterly,” said Pope. “Our customers are seeking a technology solution to help them dynamically plan the utilisation of their workplaces day by day, reflecting the fluid nature of modern knowledge industries.”

BlueChilli founder, Sebastien Eckersley-Maslinn believes that the interest in SpaceConnect comes down to the growing adoption of IoT technology.

“SpaceConnect’s combination of ‘internet of things’ sensors and algorithmic workplace efficiency is behind our decision to reinvest in this exciting startup,” he said.

Making better use of space is also the focus for fellow Sydney startup TwoSpace, connecting people with unused restaurant space to help restaurant owners make use of space that is typically unused during off hours. TwoSpace works by having users sign up for a monthly subscription that will, once the network of locations is built up, give them access to every TwoSpace location. For restaurants, TwoSpace will set up wifi and power outlets to make sure they are equipped to accommodate all the laptops.

The application of IoT to the problem is an interesting one: recently, founder of Everything IoT, Eitan Bienstock told Startup Daily that IoT is the “third wave of innovation” and believes this era will be bigger than that of the pre-internet and the internet. IoT technology is a horizontal technology that has penetrated many industries including healthtech, agritech and smart cities.

“The way IoT is going to change our lives is unbelievable, from how we live in our houses, how we move around, but even more than that it’s going to completely change the manufacturing and industrial industry. The industrial IoT is much larger than the consumer IoT. It’s the most exciting innovation,” he said.

In September this year the government launched a new global initiative called Hypercat Australia in a bid to increase the support of IoT and smart cities development. The initiative came as part of an alliance with industry leaders, corporates and government to transform Australian cities into smarter and tech driven hubs.

National IoT leader of KPMG Australia, Piers Hogarth-Scott believes that the fusing together of sectors will drive the growth of smart cities, not only locally, but globally as well.

“The launch of Hypercat in Australia aims to unlock the benefits of Smart Cities by creating an interoperable IoT ecosystem that gives confidence to cities and local government,” he said. “More importantly, if we can play a role in fostering a global standard we can unlock the power of the Internet of Things for everybody.”