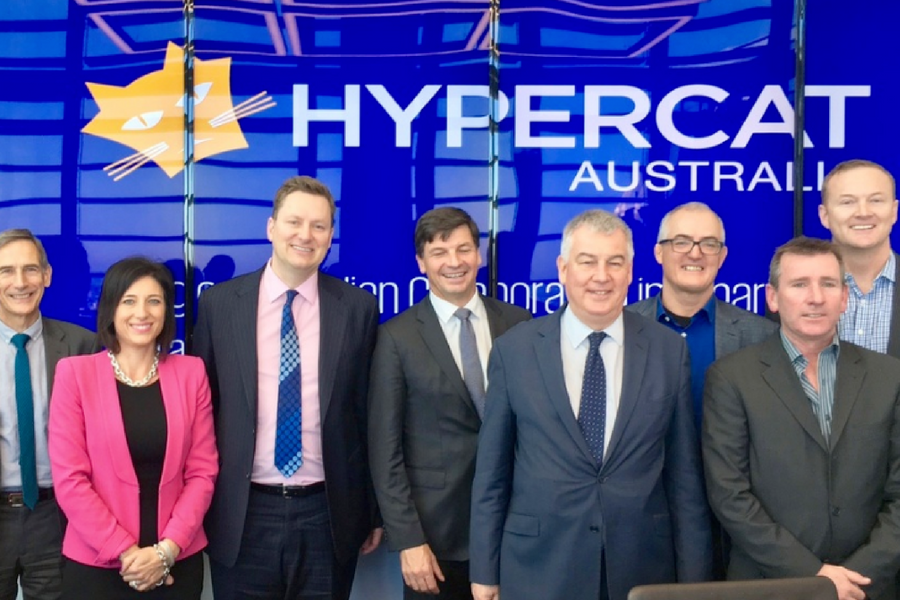 In a bid to increase the standard and support of Internet of Things (IoT) and smart cities development, the government has launched a new global initiative called Hypercat Australia. The initiative is part of an alliance with industry leaders, corporates, and government to transform Australian cities into smarter and tech driven hubs.

Hypercat is a UK-developed alliance between various organisations and government bodies that has outlined a global standard when it comes to smart city living. The initiative enables free communication between any connected IoT sensor or device being used to monitor an environment. The increase in the use of IoT is about developing a range of tech-driven solutions around cities, from improving air quality, traffic congestion and even rubbish collection.

Three years ago Hypercat was launched to enable Britain to take a lead on smart city investments. The initiative has already been applied to multi-million dollar smart projects in London and Bristol and has gained the support of 47 countries around the world. Australia has now come on board as the first international alliance, looking to become a launchpad for the global expansion of IoT.

Hypercat Australia was launched by the Assistant Minister for Cities and Digital Transformation, Angus Taylor who said the Commonwealth is now exploring relationships with different jurisdictions to build smart cities that have the ability to improve people’s lives.

“Hypercat Australia is one such partnership which will allow a platform to facilitate cutting edge technology solutions to be applied to urban problems,” said Taylor. “This will be the focus of our recently announced Smart Cities and Suburbs Program.”

Of course, to develop smarter cities and integrate the use of IoT in suburban areas, fast internet speed and extended broadband reach is required. It is interesting to note that while Taylor is championing the Smart Cities and Suburbs Program, earlier this year in an innovation-focused debate ahead of the election, he made it clear that broadband speed was not a “defining issue” for building successful startups.

Pointing to his own experience as a founder and investor in a number of regional Australian companies, Taylor said that “not once was the success or failure of those companies defined by whether we got enough money out of the government or whether we had enough broadband speed.”

He explained, “Make no mistake, I understand broadband speed matters, but it wasn’t the defining issue, the defining issue was the skillset in this country of venture capitalists, entrepreneurs, and that network which encourages and nurtures new businesses to get going and fire up.”

While Taylor may have now shifted his views, other members of Government have long been voicing their concern on the lack of access to free wifi and the poor quality of broadband connection in suburban areas.

Smart cities and the use of IoT has also been a large talking point in the City of Sydney election campaign. The battle for Lord Mayor of Sydney has seen candidates talking up their vision for Sydney to become a global tech leader and employ IoT solutions.

At Startup Daily’s IoT and Smart Cities event, Councillor Angela Vithoulkas promised that if elected as Lord Mayor, within one month Sydneysiders would receive access to free public wifi.

However, it’s not only inner cities that are looking to innovate and adapt to the latest technology trends: the NSW’s Hunter region is now on it’s way to become a world leader in cleantech and smart cities. Across its CBD, Newcastle has built a grid to transform the traditional electricity network by adding a chain of new smart technologies. The grid includes the implementation of smart sensors, new backend IT systems, smart meters and a communications network.

National IoT leader of KPMG Australia, Piers Hogarth-Scott believes that the fusing together of sectors will drive the growth of smart cities, not only locally, but globally as well.

“The launch of Hypercat in Australia aims to unlock the benefits of Smart Cities by creating an interoperable IoT ecosystem that gives confidence to cities and local government,” he said. “More importantly, if we can play a role in fostering a global standard we can unlock the power of the Internet of Things for everybody.”