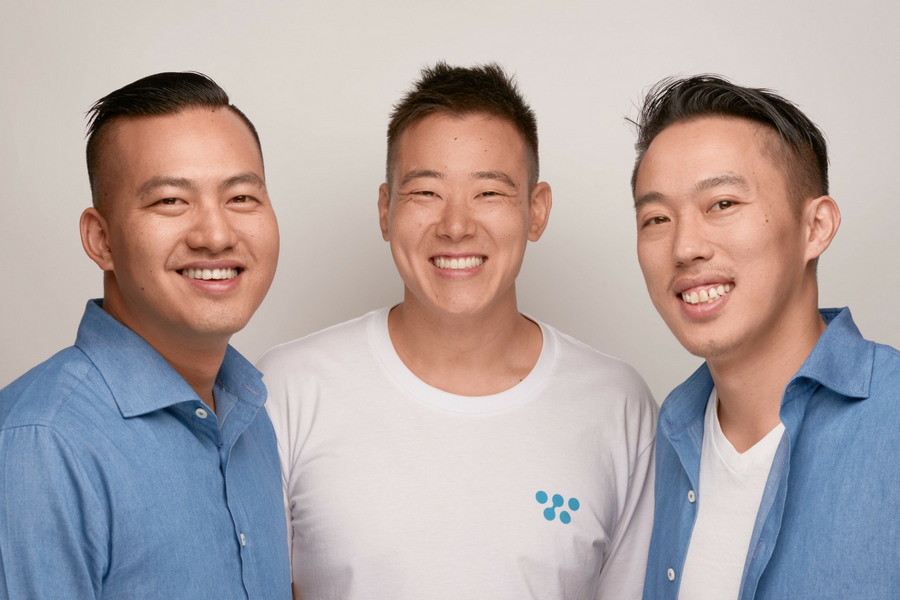 Recruitment seems like it may be one of the most disrupted sectors in Australia, with dozens of startups seemingly coming at it from every angle imaginable. The latest to make its way onto the scene is Melbourne’s Weploy, founded by Vince Luong, Nick La, and Tony Wu to connect pre-screened employees to employers who need short term staff, on-demand.

As La tells it, he and Luong were both running their own businesses before Weploy, La a recruitment company and a few hospitality venues and Luong an ecommerce company. Though working in different in different industries, they faced similar issues around staffing and recruitment.

“We got talking about our frustrations one night over drinks and it dawned on us that the issue affected millions of people across different industries and a better recruitment method should and could exist through technology,” La explained.

With his background in recruitment and Luong’s experience in digital, the idea for Weploy was born.

The team approached the development of the platform by considering their experiences as both employers and job seekers, with their aim to create a process that required the least amount of work while, of course, producing the best result for both parties.

A jobseeker, or ‘Weployee’, can sign up online, with this onboarding process involving psychometric and skills test. If they pass these, they then go through an interview and safety checks, including police and ID checks. Once approved and fully onboarded, a Weployee can get job offers matching their skills, rating, and geographic location directly to their app, which they can accept or decline.

Interestingly, a Weployee is technically employed by Weploy rather than the individual employers, with the startup paying them 10 percent above award wages and super, and covering work insurance.

“It is really important to us that we nurture a very high quality community of Weployees as a differentiating point in the market,” La explained.

“A lot of the current competitors are too driven by profit margins, meaning the employee and client are inevitably neglected. We wanted to create a service that produces a win-win scenario, so we set our rates at 10 per cent above average to attract the best talent and set our margins lower so employers are better able to access these skills.”

An employer, or ‘Weployer’, meanwhile, can log onto the platform on mobile or desktop and within a few clicks make a request for a staffer. La explained that suitable Weployees will be notified based on the job requirements, with those notified able to accept the job in a first in, best dressed model.

According to La, the average acceptance time is 33 seconds.

On the job seeker side, Weploy is looking for talented individuals wanting flexible work. With uni students a key demographic here, the startup has partnered with Melbourne’s RMIT to get word out to its community, and is also in talks with other universities.

Employers, meanwhile, are mainly medium to large-sized businesses in need of temp staff fast, though La said smaller businesses are also coming on board to find Weployees to support growth. Given the nature of the model, the key industries are, as one might expect, admin, hospitality, retail, and the labour sector.

Following a pilot in Melbourne, employers on the platform include RMIT, Vice Australia, and General Assembly.

Weploy’s development was funded thanks to an initial $400,000 seed investment from Van Luong, founder of the Viet-Uc Seafood Company; this was increased to $1 million following the startup’s pilot phase, with Weploy also adding ex-Redbubble CTO Paul Coia and Rotten Tomatoes cofounder Patrick Lee to its advisory board.

La sees Weploy’s competition as the traditional recruitment agency model, however there have been a number of other startups emerging with the on-demand temp model over the last few years.

One of the more established players in the space is Sidekicker, allowing businesses across the hospitality, admin, promotional marketing, and events spaces hire pre-screened staff on an hourly or daily basis. Founded in 2012, the startup last year secured a strategic investment from jobs platform Seek.

WorkNinja, meanwhile, emerged in 2015 to connect hospitality businesses to staff on-demand, giving employers access to a live tracking system to see staff on their way after they have accepted a shift and GPS-enabled clock-ons, while Workfast launched with the on-demand model late last year looking at a variety of industries. Workfast launched giving the ability for job seekers to book jobs as contractors with their own ABN, or sign up as Workfast employees.

Now live in Melbourne, Weploy is currently piloting in Sydney and looking at expansion into other states.