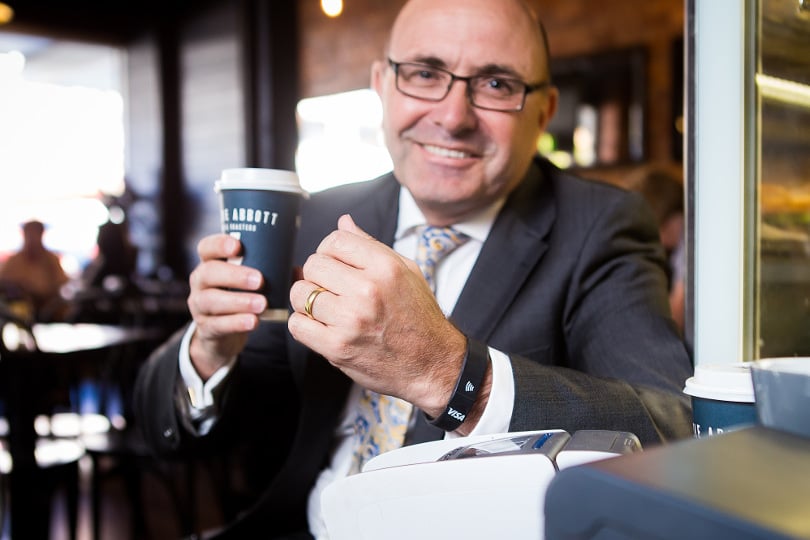 As Australia’s big banks regroup following the blow dealt to them by the ACCC last month over their bid to collectively bargain with Apple around its Apple Pay service, Queensland-based Heritage Bank has come out with a wearable payments device that links directly to a customer’s everyday transaction account.

The bank has created a wrist band with an embedded Visa Paywave chip, like that on a debit card, that enables users to make contactless payments. Like using Paywave on a regular Visa debit card, purchases over $100 require the input of a PIN.

The device went through a staff trial earlier this year, and has now been pushed out to 40 Heritage customers; Peter Lock, Heritage CEO, said the bank aims to launch the product to the marketplace later this year.

Lock said the wristband is part of the bank’s forging a path as a “digital pioneer” in the Australian banking sector.

“As well as our new wearable device, we’ve also developed our own mobile phone contactless payment app, have just released a newly updated internet banking platform, and we’re currently upgrading all of our branches with new more digitally-focused designs,” he said.

This is just the latest wearable payments device Heritage Bank has released over the last few months, with the bank working with Sydney fintech startup Inamo and Visa to last year release the ‘Curl’, a wristband enabling contactless payments, and the ‘WaveShades’ payment sunglasses prototype earlier this year.

The Curl and WaveShades enable users to load money into an account, with Heritage the Authorised Deposit-taking Institution (ADI), holding all monies loaded onto the devices and overseeing settlement as they are used and reloaded.

Elsewhere in the mobile payments space, Westpac has officially partnered with Samsung to offer Samsung Pay to its Mastercard and Visa debit and credit cardholders.

Richard Fink, vice president, Mobile Division at Samsung Australia said, “We know Australians use their smartphones every day to enjoy content, stay connected and organise their lives. Partnering with Westpac will bring the security and convenience of Samsung Pay to millions of Australians.”

George Frazis, Chief Executive Consumer Bank at Westpac Group, added, “Customer behaviour is changing all the time and the growth of mobile banking in the past three years has been exponential. Our strategy is to be where our customers are.”