Jo Burston: ‘Rare Birds is not just a business, it’s a global movement’ 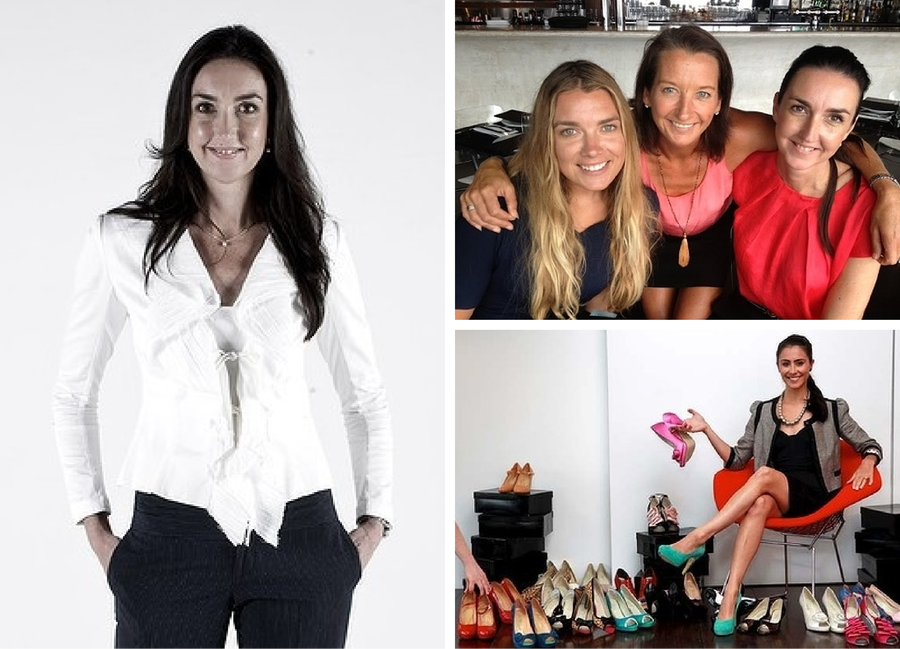 For many who are faced with failure, the fantasy of what life would be like once they’ve become a successful entrepreneur deteriorates into a bleak, disheartening shadow of what it was meant to be. Not Jo Burston, a Sydney-based entrepreneur with seven-going-on-eight businesses in her credits. Burston admits she’s experienced some monumental failures, as well as successes, to get to where she is today.

It’s true – the most successful entrepreneurs conquer countless challenges to achieve what many of us dream of, but aren’t always willing to do. It’s easy to marvel at Burston’s creative prowess, wishing we too had a flair for innovation.

But it is clear that Burston had taken the steps necessary – and fearlessly – to create something, again and again.

She’s certainly a rare bird, and this is evident in the opening anecdote of her decade-long business story.

Prior to starting her own multimillion-dollar business, Job Capital, in 2006, Burston was working in a corporate role. One day she got the chance to fly to Melbourne to pitch her employer’s service to a potential client.

Instead, when she arrived, she took a risk and pitched her own idea – a business which would manage the financial affairs, including payroll packaging, of contractors. This pitch won over serial entrepreneur and investor Philip Weinman, who ended up funding her venture and mentoring her throughout her career.

But truth be told, the outcome could have gone either way.

Burston’s story proves that an entrepreneur must be blindly prepared to confront adversity – especially since they may not even see or suspect the presence of a challenge until it suddenly leaps upon them like a concealed tiger.

Today, Burston is preparing to facilitate a movement – under the moniker Rare Birds.

She attributes her success to raw passion – a passion that never escaped her despite facing failure – and she wants to instil this entrepreneurial passion and resilience in the hearts of women and men around the world, starting from Australia.

Her new business, Rare Birds, which will start off focusing on women, is on a very important mission – to create 1,000,000 more women entrepreneurs by the year 2020.

The company, which will launch officially later in the year, states its own purpose “to provide every woman globally with the choice to be an entrepreneur.”

“Rare Birds will be a disruptive agent of change, creating real social and economic impact via mentorship, funding, storytelling, community and partnership with individuals and thought leaders with aligned values and purpose.”

No, this is not just another women’s organisation.

When Burston explains the business, it becomes clear that it’s more an ecosystem she is building.

Burston says “entrepreneurs pass information through stories”. As such the storytelling aspect of the business is about telling “captivating, engaging and intelligent accounts of current and emerging entrepreneurs.” The plan at the moment, is to a book each year featuring 50 women entrepreneurs and telling their stories. A second annual volume will showcase and encourage 30 emerging women entrepreneurs.

The second pillar is funding. Rare Birds will act as a gateway to funding and investment for startups. This means that entrepreneurs will have access to a diverse pool of Angel and VC investors, as well as other sources of funding, should they need it.

Rare Birds will also match entrepreneurs with the right mentors to offer insights and guidance throughout their journey. The mentoring won’t be as structured as accelerator programmes – where mentors go around the room to talk to each startup. Rare Birds will be creating mentoring programs that “are self-sustaining and self-managed that exists as a measured transfer of experience and knowledge”.

The last pillar, Community, is about education. Rare Birds aims to have the largest database of women entrepreneurs globally, and will act as a platform for conversation. This will be achieved by creating an open source environment with no barrier to entry and where entrepreneurs have no shame in asking questions and sharing experiences.

The forum on the site will help create this sense of communal belonging. It will also be a way for entrepreneurs to refer each other’s businesses, Burston says. If someone wants a new accountant, they can ask other entrepreneurs who they’re using and why.

The idea for creating Rare Birds spawned from a moment of frustration, when Burston was accepting an award on stage a couple of years ago. She looked around the room, and realised how imbalanced the ratio of men to women were. This created doubt in Burston’s mind on whether she was truly deserving of the award.

“I had this really bittersweet moment where I wasn’t sure whether I won this award because they needed a female figurehead to win it or whether I was really deserving of that award. Entrepreneurs are really self-critical, so I went home that evening and thought a lot about whether they just needed a woman on stage,” she says.

Putting that at the back of her mind, she decided to travel around Australian schools in 2013 with a film crew. She asked young girls what an entrepreneur was, and most of them couldn’t find an answer. Worse yet, the ones that did, answered “a man”. Burston admits she felt like she had a “bad day”. She went home disheartened by the reality that young girls are drawing conclusions about entrepreneurship based on what they’re seeing, or not seeing.

“And out of the ones that knew what an entrepreneur was, could not name an Australian. There was Mark Zuckerberg, Bill Gates, and one named Oprah Winfrey. I went home really upset. That was my epiphany moment – I had to do something, I had to change this. I want little girls and little boys to know that entrepreneurship is a choice,” she adds.

“There are some hardcore women entrepreneurs building serious businesses. They want to change the world, they’ve got a clear purpose, and they’re great at what they do. But the reality is there aren’t that many of us,” says Burston.

But why is it important to have more women entrepreneurs? Not solely for socio-cultural purposes like equality, but also for the benefit of the global economy. According to Rare Birds, “Women reinvest 90 percent of every dollar earned back into their communities, meaning that when women rise in their economy, the economy itself will rise to new heights of prosperity and health, effectively resolving the many challenges the global economy faces.”

Burston has her eyes set on positive economic impact. To her, Rare Birds is much bigger than the conversation on gender disparity in the startup world.

Currently, 50 percent of women control more than $20 trillion in global spending. According to Rare Birds, “Women can have an economic impact 50 percent larger than that of the United States and more than twice the size of China and India’s economies combined.

Despite differing opinions, Australia has been considered the second best place in the world to be a female entrepreneur, ranking behind the US and ahead of Sweden, in the 2014 Gender-Global Entrepreneurship and Development Index.

What’s impressive about Rare Birds is that it’s business-driven; it’s not solely about ‘cheering on’ women who have achieved success. Unlike many women’s organisations that host conferences where each audience member receives a gift bag with make-up and skincare products, Rare Birds is about serious business.

These are examples of conversation topics.

Burston says, “We don’t sit around talking about where we got our nails painted, we talk about business growth, we talk about topics that affect us as entrepreneurs and our businesses.”

That’s not to say that women-only organisations are redundant. Burston says these organisations “have their own mission and purpose. They have a role to play in our ecosystem. I don’t see us as a competitive force.”

Rare Birds has been one year in the making. Already, the company has established strategic partnerships with Google, muru-D, TechBeach, #StartupAUS, Right Click Capital, UNSW, SydStart, Founder Institute, among more.

When asked how she managed to get such big names to join the Rare Birds movement, Burston says when she tells a story with vigorous passion and tears in her eyes, it’s easy to get support.

Burston stresses that Rare Birds is not a non-for-profit organisation. The company’s values fall more in line with ‘profit for purpose’.

Rare Birds will be launching in Australia in the upcoming months, then expanding into the US and UK next year.

To get involved or to register for updates, visit www.inspiringrarebirds.com.

Images sourced from BRW and MAMAMIA