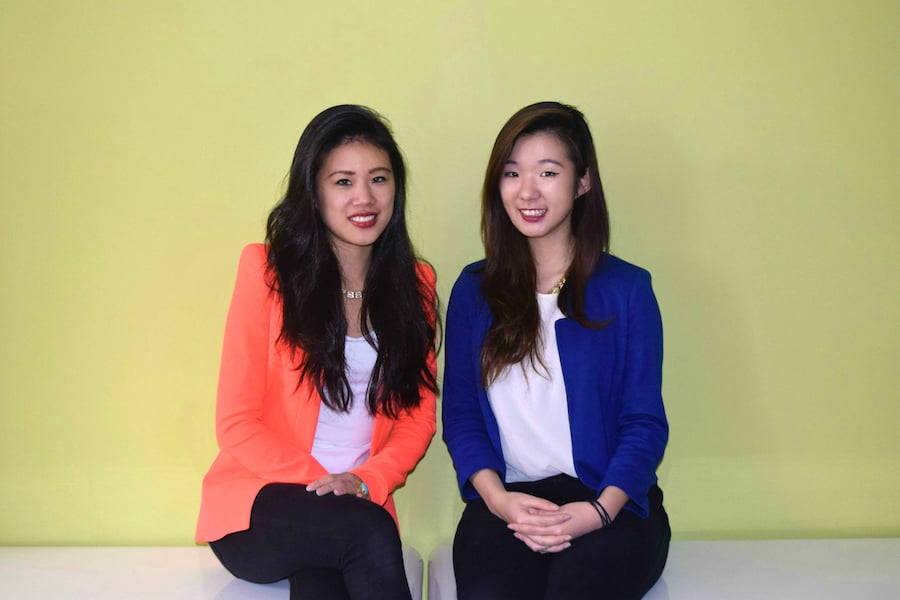 The debate around whether or not university degrees are overrated is a heated one these days, especially as young EduTech startups begin to become a viable alternative for learning new real-world skills, particularly in the areas of business and computer science. Many reports from universities show that up to 65,000 students actually remain jobless after an average of four months from graduation; and many others are finding it difficult to get ahead of their peers in the local job market.

Education startup Austern International, created by UNSW student Lily Wu and cofounder Jamie Lee, has been set up with the purpose of catapulting students into thinking global when it comes to business, by broadening students’ mindsets and allowing them to explore the options available to them.

According to a recent article in Forbes, one of the top skills that graduates need to possess is the ability to influence others. Often universities are not the best place for this to be taught, especially because that type of skill set is usually obtained via an associative learning process.

“After 7 years of teaching in the education industry, I have found that students are often ill-equipped to make decisions that can operate locally and globally,” says Lee. “The hard skills that students learnt a few years ago may already be replaced by the fast moving nature of today’s evolving society. Instead, students need to learn to adapt quickly and grow with moving trends.”

Austern International labels itself as a ‘transformational travel experience’ for students. It is a three-week long leadership training course for young entrepreneurs and creatives which takes students on an “excursion” of sorts to places like China, Singapore, San Francisco, and even brings students from those locations to Australia to partake in the same learning experiences. During their time on the trip, students get to work with mentors, hear from world class speakers, hang out with globally renowned leaders, and participate in activities such as pitching, networking, strategic problem solving and volunteering at charity events.

The pricing is $3,000 per student, and each program accepts 30 to 40 students. While there are only three trips a year at the moment, the founders said they will organically scale as demand increases. There is a slight risk factor with this business model, especially if the universities themselves decide to run similar programs. Having said that, there is also a large opportunity for Austern International to leverage universities by becoming a preferred supplier for this service, which would enable it to scale significantly faster.

“We started Austern International because we wanted to make students global leaders,” says Lee. “Imagine if today there are two candidates going for the same job, with the same qualifications. The only difference is that one has spent their entire career in Australia, whilst the other has had different experiences in multiple places like Hong Kong, Singapore and US. The second candidate [displays] a stronger global mindset and will have a much higher success rate [when interviewing for jobs] because they are more aware of trends on a global scale.”

As small businesses and enterprises alike begin to take a global outlook when it comes to building their businesses, a global understanding, leadership skills and an innovative mindset will slowly become core features that employers look at when hiring.

“Austern International can help students piece these aspects together in a very short period of time,” says Wu. “Our [programs are] held in various renowned cities around the world, where students are paired with exceptional mentors, understanding how they work and think, how they lead and innovate. These mentors come from high-growth startups like Dropbox to high-flying corporations like Microsoft and Google.”

“This will not only allow them to become leaders and effective problem solvers, it will open up countless doors of opportunity for them to grow their network. In the end, they want students to know that they are not confined to their degree and their area, the world is their oyster for innovation and change.”

Within the first year of launch, over 100 university students around Australia and UK have gone through the program. Many of these students have also decided to launch their own businesses. In November 2014, Austern International was awarded the AMP Tomorrow Maker Award where there were over 5,600 other contesting entries.

Students are able to apply online to travel to Sydney in November 2015, Singapore in January 2016 or San Francisco in February 2016. There are plans to launch Beijing and Hong Kong trip in mid-2016.

Previous article Realestate.com.au partners with 3D visualisation startup Scann3d to transform the online property ecosystem
Next article Perth startup Nuheara, the first wearables company to list on the ASX, has developed technology that lets people hear what they want to hear
Via Advice
Tags Austern InternationalfeaturedLeadershipstartuptechTravelUniversityUNSW