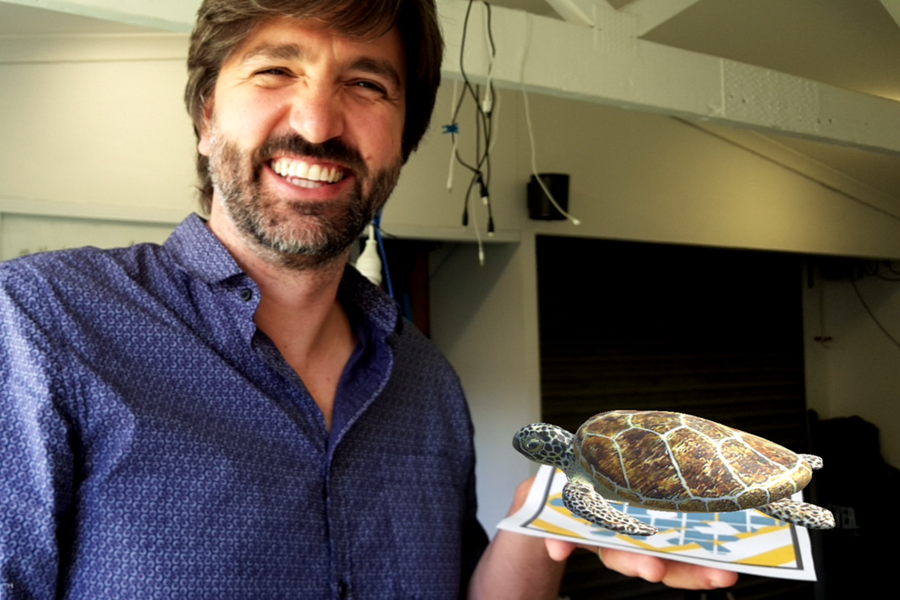 For a generation addicted to phones, taking a step away from constantly checking your inbox or Twitter feed can, admittedly, be difficult. For the young Instagram-obsessed student having to sit back and listen to a lecturer ramble about referencing for two hours, the chances of them slipping their phone into their pocket becomes even less likely.

Identifying the gap between the recent generation of digitally-immersed students and traditional education was Sydney-based startup Arludo, who have created educational apps with a focus on teaching biology.

With over a dozen educational titles in its arsenal, Arludo’s games are focused on teaching university – and later secondary – students using immersive modern game elements, such as augmented reality. Each game is designed around a different biological topic, such as cell division, natural selection, diversity, and ecosystems.

That said, there are titles focused on other educational areas for younger students too, such as Explore Colours, a game using augmented reality to teach kids how to create secondary colours. Regardless, each of the games are released free for the Android and Apple app store, with a paid option available to teachers to grant them access to a backend analytical platform.

Adhering to its biology focus, Arludo was founded by Evolutionary Biologist and university lecturer Michael Kasumovic, a teacher who had noticed the issues his students experienced when having to take a step back from technology and listen to a lecture in class.

“It’s not exactly that the content is difficult, it’s just the way that us lecturers must interact with the students. I see that they’re really used to using their mobile phones all the time, then they have to come to class and listen to someone talk,” said Kasumovic.

Even between students, interactions have become largely online-based, according to Kasumovic, as he said, “They’re interacting on Facebook, Twitter and Instagram, and are used to interacting in this digital world. Then when universities and schools give these digital tools out, they typically have to do it on their own.”

The founder discussed these “digital tools” as the type of educational platforms a number of universities and schools are rolling out to help teach students content. These platforms are typically online and require a student to sit behind their laptop and work individually, a concept which Kasumovic said he didn’t see working with his student cohorts.

“I thought, why not meet students where they’re most comfortable to engage them, and that’s with their mobile phones. It’s this idea about wanting to engage students…to make them feel comfortable about learning and interacting with each other,” he said.

Starting three years ago, the entrepreneur, not versed in coding, developed his first game using an online development tool. Finding that his students liked the experience, he looked to gather developers from colleges around Sydney to develop additional titles; here he went to game and creative development institute SEA Qantm.

“I approached them and started talking to some of the students who were keen on being involved. We made a small prototype, used it in class, the kids loved it, then I got a small grant from Jobs for NSW, which really started it all,” said Kasumovic.

The early games looked to focus on augmented reality, a design that was chosen to give students a chance to interact with their learning in a realistic fashion – something particularly difficult to achieve with biology. Among the augmented reality titles and a personal favourite of Kasumovic’s is Reservoir Crabs.

The app gives students a chance to bring to life different crabs with their own unique traits. Students are tasked with finding out which traits maximise the animal’s individualistic success in a fight, accomplished by reading through scientific papers and notes. Students then gather in groups to design a digital experiment to ‘test’ the crab’s behaviour, a process which, in reality, would take a huge chunk of time.

There are also single-player titles available designed to get students to compete against one another, such as Hungry Birds, a game revolving around playing as an adult bird taking care of their young. Students control the bird while gathering food, before returning to the nest and choosing which offspring to feed based on their traits, and the amount of food collected.

“The really unique kind of thing is that these games connect data while everyone’s playing. You can compile that data in front of the class and see all the different strategies students used to raise as many offsprings as they can,” said Kasumovic.

“You can then talk about how different traits and behaviours have evolved, and all of a sudden something just clicks since the students can actually do these things they’ve been reading about it in their textbooks for so long.”

The possibilities of technology to engage students is being seen by other university lecturers, among them Dr Grainne Oates and Professor Dan Hunter. Together they created Quitch, a gamified learning app that looks to truly engage students in their learning by reminding them outside the classroom via push notifications to answer timed quiz questions based on their coursework.

With Arludo’s existing collection of games having received downloads from all over the world, the startup is now looking to expand its repertoire. Kasumovic said the business wants to look towards developing within other educational subjects beyond biology, having four titles already set in the development pipeline.

To fund an additional six new games, the startup will be launching a crowdfunding campaign on Australian-based platform ReadyGoFund, with the funding goal set at $75,000. The funds will also go towards developing teaching manuals tied into the Australian curriculum and simpler login functionality for younger students.

“We’re working beside ReadyFundGo’s CEO Jill Storey to ensure we make the best campaign we possibly can, which I don’t think I could get from something like Kickstarter,” said Kasumovic.

Fulfilling the startup’s interest to develop in new educational areas, Kasumovic added that pledges of over $10 will also be given a ‘voucher’ allowing them to vote on the subject of the new games.