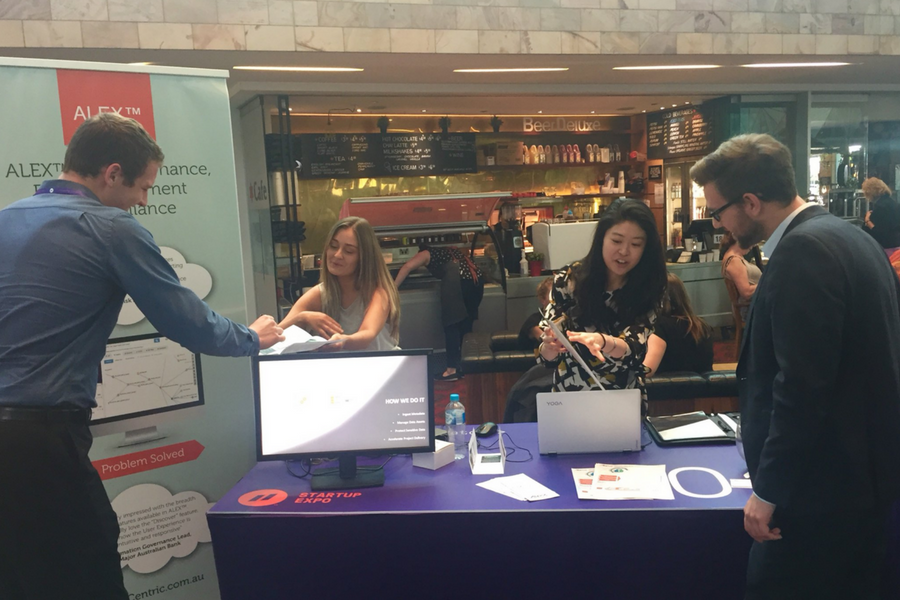 With big corporates holding increasing amounts of our personal information, the last thing anyone wants to hear is reports of a data breach or ‘hack’ that’s managed to scoop up a third of Australia’s home addresses.

To enable data protection, Melbourne startup ALEX Solutions has developed software that analyses a company’s entire digital framework to shine a spotlight on any “sensitive” data which poses a security issue.

Assessed through an online platform, the access management solution software will use its algorithm’s “intelligent scanners” and point them at specific digital assets, such as an organisation’s applications, local network and data warehouses or storages.

The software, shrewdly named ‘ALEX’ after the keeper-of-all-knowledge library which once resided in ancient Alexandria, originally began development within the startup’s parent company, InfoCentric, a digital consulting firm based in Melbourne.

ALEX Solution’s CEO, Sean Webb, explained that the firm was looking for a way to provide Australia with a user-friendly, localised alternative to the expensive and convoluted data security analysis consulting companies based internationally.

“[InfoCentric] were using new types of tools that the new corporates from overseas were providing to the Australian market. What they found were that the tech wasn’t very technologically agnostic, not very user friendly, and really expensive,” Webb explained.

As one of the only Australian business building software solutions within the space, spinning out ALEX Solutions last year meant the startup had to look straight to tackling its international competition, including global competitor Oracle.

Bolstered by funding from its parent company, the business soon gained recognition and exposure from global IT research and advisory company Gartner, as well as data research and consulting firm Forrester, appearing in both company’s exclusive “core vendor” lists last year.

Meanwhile, the introduction of Mandatory Data Breach Notification legislation in February, which regulates the privacy protection of data within Australian corporate, would also see an increase in domestic demand.

“What that means now is that big businesses in Australia have to take their information and make sure it’s protected, otherwise they’re exposed to massive fines per breach.”

When a company approaches the startup to use the analysis software, they’re able to gain access to the online analysis platform for four weeks for anywhere between $15,000 to $20,000, according to Webb.

The software’s main strategy, Webb said, focuses on discovering personally identifiable information or any bit of data that falls under the Australian Privilege Principle that protects personal information.

When operating, ALEX’s intelligent scanners will search through an organisation’s various platforms and technologies and pull metadata reflecting a file’s “underlying information” and inject it into the platform for visualisation.

“It can take a number of documents on a network that have been profiled and ALEX will actually score it based on how sensitive it is, based on things such as age information, credit card data, and other data present,” explained Webb.

Core to the software’s capabilities, once metadata has been pulled, is allowing users to visualise who has access to a specific file and who has actually accessed said file before.

“This way they can actually see what the sensitive data is, where it’s coming from, who’s using it, and who’s got access to it. Organisations can then put the right controls in and protect that data,” said Webb.

Webb added that there are other “use cases” for the platform beyond data discovery, including data management and enabling companies to “simplify” their technological landscape.

Trimming down some of comprehensive visualisation features and the ability to see who has access to or has accessed files, the startup is also planning to release a free version of ALEX to give businesses an “upfront” look at who may be exposed.

“We’re about to release our first downloadable discovery app, which will use a subset of our existing discovery capabilities for someone in an organisation to use it themselves. It’s purely a discovery piece, rather than showing who has access to it and other data, so users can see in a really simplistic way which data might be sensitive,” said Webb.

With the release of the desktop app, Webb said the business will continue to open up to the global market, with opportunities ripe in Europe since the region also introduced new legislation regulating data protection.