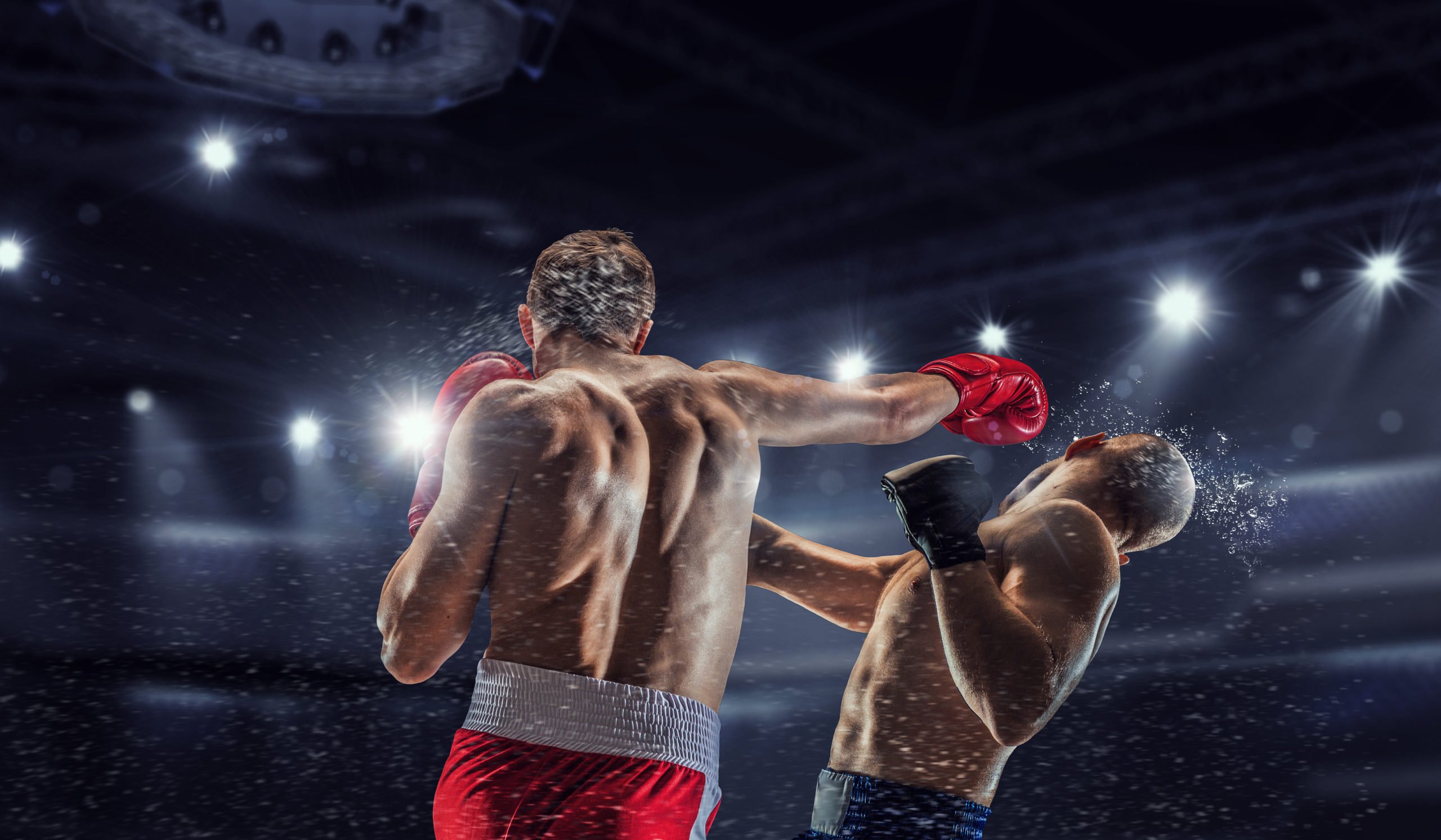 No, an interest free credit card is not the knock out blow for BNPLs. Photo: AdobeStock

On Thursday with much fanfare NAB launched a “completely different” 0% interest credit card, “StraightUp”. Within hours CommBank announced it was launching a carbon copy product, “Neo”.

The products are an attempt to compete with buy now pay later (BNPL) platforms like Afterpay, Zip, Openpay and perhaps soon, PayPal. Together, these BNPL companies have more than 5.8 million customers in Australia and fund about 10% of all online sales. The majority of BNPL customers are under 35.

It’s great to see the big banks trying to do something innovative. But here’s the thing… they haven’t truly followed Startup Mindset Principle #1: Obsess over your customers. This requires you to understand your customers’ needs, pain points and behavioural drivers, and build product that delivers meaningful value to them.

Let’s look at the reasons why under people under 35 (Millennials and Gen Z) became rapid adopters of BNPL:

Ok, so with that in mind, let’s compare that to the banks’ products: It’s a credit card. Fees of $10-22 are charged each month you use it/have a balance. You have to wait up to five days for NAB’s card to be mailed before you can access funds. CommBank’s card isn’t available yet so we don’t know what the sign up process will entail.

These products may be novel from each bank’s perspective. But less so from that of their target audience.

No interest Credit card….nope still wouldn't get it and still will never have a credit card pic.twitter.com/8UafVQstdT

The list of reasons why our digital native generations need the direct services of a big 4 bank is getting smaller by the second.

Before they were famous

This week, one of the oldest, biggest names in VC, Bessemer Venture Partners went one step further and “open sourced” (a.k.a. made public) its original internal investment memos for iconic unicorns including Shopify, Twilio, Pinterest, MindBody and LinkedIn.

These days it’s common practice for VCs to release investment notes. But it’s not often that you get to read internal investment memos on some of the best VC deals in history.

Investment notes tell the world why the VC chose to invest in the startup. Of course, because they’re released in real-time, these pieces are written with rose-tinted glasses, with statements like: “the next big thing in X”, “an all-star founding team”, “impressive growth metrics”.

For fundraising startups and wannabe investors, the Bessemer investment memos shine a light on how a world-class VC analyses its investments, considers potential up/downside and plots how to mitigate risks.

Below are a few data points we found interesting from Bessemer’s Shopify, MindBody and LinkedIn memos. Any investment figures and valuations are based on the memo. They likely changed slightly as negotiations finalised.

Invested in 2010 leading a $5 million Series A at a $20 million pre-money valuation. Bessemer were given two of five board seats and had the right to force a sale after 6 years.

Team: Shopify’s CEO Tobi Lütke was young and a first-time CEO, leading Bessemer to weigh up replacing him. Good thing they didn’t – Tobi has been at the helm ever since, building a $112+ billion SaaS behemoth. It seems Tobi developed a great relationship with the Bessemer team by being honest. He explains in a 2019 “How I Built This with Guy Raz” podcast episode:

I told them straight off the bat, saying, ‘I’m not going to pretend to know things I don’t know and I really hope you’re going to help me in this journey’… Ten months after the Series A, Jeremy and Trevor from Bessemer came to me and said, ‘You are still massively constrained by money, how about instead of you spending a bunch of months of fundraising, we’ll just quadruple the valuation of the company and put much more money [$15 million] into this because you can grow this way faster.

Scenario analysis: Proved to be a little conservative – “the upside case was off by more than two orders of magnitude!” At the time of its IPO in May 2015, Shopify’s revenue was $105 million with 162,000 customers. It listed at a valuation of $1.27 billion and surged as much as 69 percent above its IPO price in the first days of trading.

Product: Mindbody’s product was considered “underwhelming and dated in its user experience”. But since competitors’ products were no better and they were “poorly capitalized and sub-scale”, Mindbody could use the funding to step up its product game.

Team: Although he was a first time founder, Navy veteran Rick Stollmeyer clearly impressed Bessemer thanks to a metrics-driven, calculated mindset:

They’ve taken a highly analytical approach to managing their business— monitoring the core metrics of their SaaS business on an ongoing basis. They’ve also proven capable of building a scalable sales and marketing funnel.

Market opportunity: This was Bessemer’s biggest area of concern. Mindbody had done well in the yoga/pilates market but was yet to be proven in other verticals. In contrast to most ANZ startups who think global from day one, the market sizing appears to be purely North American focussed.

The company is clearly winning in yoga and pilates, but with 30% penetration already, there is not as much room for growth. To reach $50m+ in annual revenues, MindBody needs to broaden its target customer verticals.

As a relatively small cap listed company, Mindbody had a rocky ride with public investors and was acquired by Vista Equity Partners in early 2019 for $1.9 billion.

Invested in 2006 – for context that’s when MySpace was still a thing. LinkedIn is described in the memo as the “MySpace for business users”. $12.5 million Series C at $237.5 million pre-money valuation.

Traction: LinkedIn had just broken even with 8 million users and a ~$17 million run rate ($1.4 million/month). Despite being a Series C, Bessemer were the only investors in this round. This was likely due to valuation – at 14x ARR this was “a fully-priced deal” i.e expensive.

Team: Even though the team was full of Harvard/Stanford/PayPal’s best and brightest, team was seen to be a risk:

The senior management team is still thin. As we recruit a CEO and a couple of new VPs, the goal would be to have a positive influence on the culture and dynamics of the company, but these transitions go poorly almost as often as they go well.

Scenario analysis: Again, Bessemer’s scenarios proved to be conservative. Just 2 years later in 2008 LinkedIn raised at a $1 billion post-money valuation. The company went on to IPO in 2011 at a $4.5 billion valuation, popping a further 84% on first trade.

Microsoft acquired LinkedIn in 2016 for $26.2 billion. From an outsider’s perspective both LinkedIn and Microsoft have done a great job allowing the company to flourish post-acquisition.

I absolutely can NOT confirm that @fast is buying @tiktok_us, but I will just leave this here: pic.twitter.com/7oP3cGZQNU

* The team at Ignition Lane believe the most successful Australian businesses will be the ones who think and operate like world-class technology companies. To help businesses thrive in this new era, Ignition Lane works with business leaders to apply the Startup Mindset to their biggest technology, product and commercialisation challenges.  Its customers include Carsales, Metricon Homes, Pentana, AusNet and Moose Toys.
Previous article CBA copies NAB in the fight against BNPLs offering a Mastercard ‘no interest’ credit card
Next article Data deceits: How to spot when you’re being lied to
Via Insights
Tags