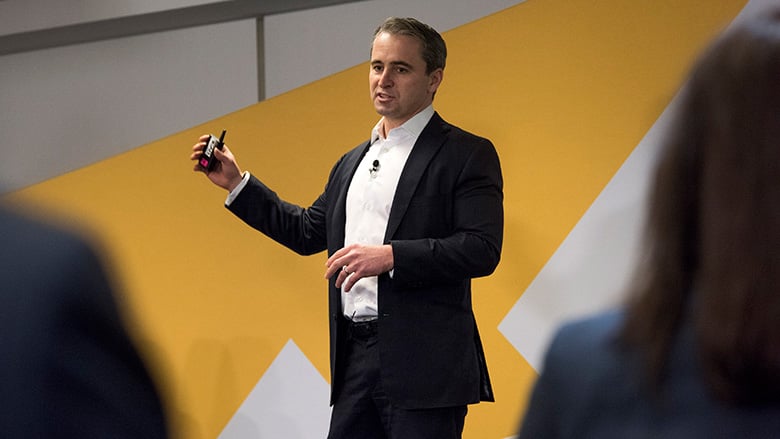 The Commonwealth Bank has launched a near-identical “no interest” credit card just a day after NAB announced it was launching its flat fee StraightUp Card on Thursday.

Aside from slightly different monthly fee rates, the only other key difference is that while NAB partnered with Visa, CBA’s “CommBank Neo” is a Mastercard product.

Both cards will not offer cash advances, can’t be used to gamble and don’t charge the monthly fee is the card is not used and the balance is zero.

One advantage the CommBank Neo will have is access to the CommBank Rewards loyalty program, which has a cash back offer.

RateCity.com.au research director Sally Tindall said that with buy now, pay later services like Afterpay and Zip Pay attracting more than 5 million customers between them, the big banks have been forced to come up with a credit card to compete.

“These new cards signal it’s game on between the big banks and buy now, pay later,” she said.

Tindall said the main difference between the two cards was NAB asking customers to pay back more each month, which will see them clear it faster.

“The second difference is CBA offers shopping perks, but only if customers spend at certain stores,” she said.

“Customers should be wary: if they start buying things in a bid to claw back their monthly fee, then they’ve probably been had.

“Bank minds clearly think alike when it comes to tackling buy now, pay later. At this rate, Westpac and ANZ will have interest free cards on offer before the weekend’s out.”

The charge levied by the cards are similar to interest rates of between between 11% and 14% if the full credit limit is used.

And while that figure is below the 20% rate on many credit cards charge in a period of record low interest rates, the new cards have the potential to cost users even more than a traditional card with high interest rates.

CBA investing heavily in Swedish BNPL Klarna, which launched in Australia earlier this year, paying US$300 million for a 5.5% stake.

The bank says the CommBank Neo will be available in late 2020.

CommBank Neo Business will be available in early 2021. 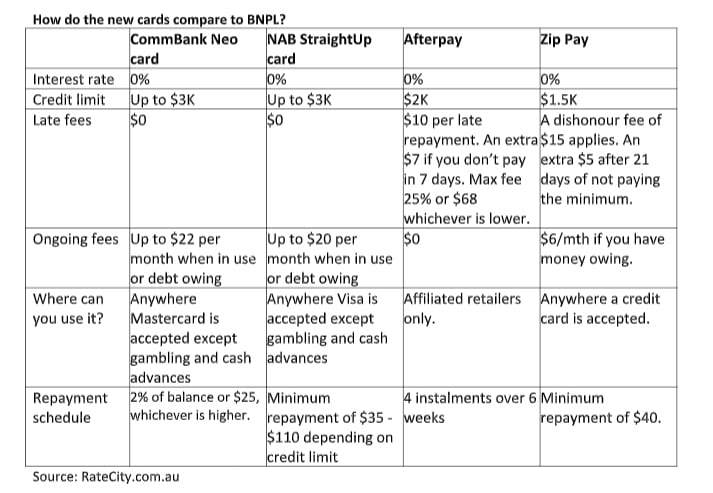