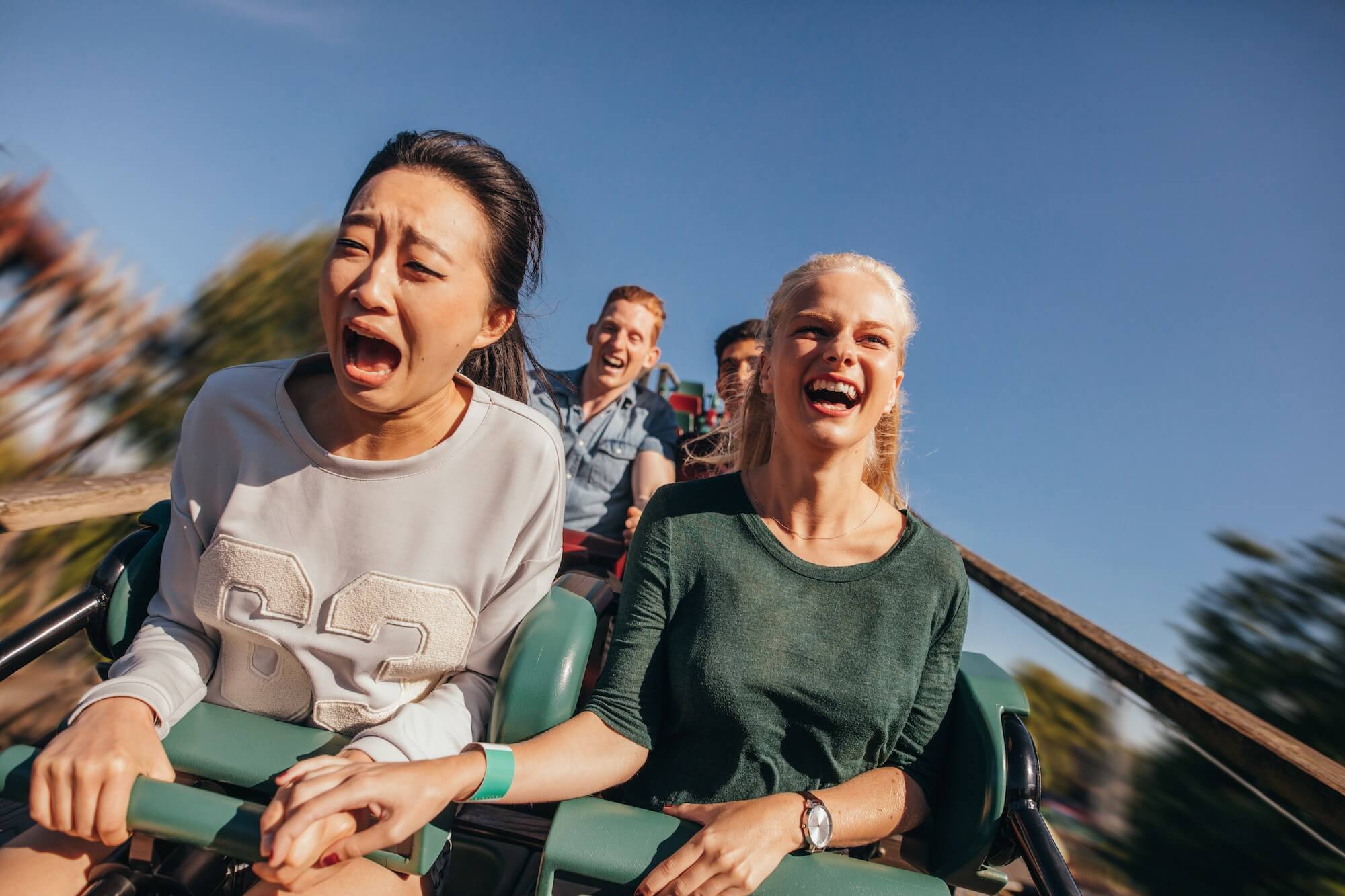 An artist's impression of a Wisetech investor and a Tesla one. Photo: AdobeStock.

A new index featuring ASX-listed companies in the fast-growing technology sector launches on the Australian stock exchange on Monday.

The S&P/ASX All Technology Index (All Tech Index), a partnership between the ASX and  S&P Dow Jones Indices using the S&PDJI methodology, will go live on February 24, with an Australian version of the US Nasdaq composite index. The ASX announced planes for the All Tech Index (ATI) in December last year. Xero CFO Kirsty Godfrey-Billy said it was great to see the ASX and S&P collaborating to launch the All Tech Index.

“We’re really pleased Xero is a part of this and we hope it enables a range of new investors to gain exposure to the sector,” she said.

“The new S&P/ASX All Tech Index will help to bring a lens over the progress Xero and the broader Australasian technology sector are making and the innovation we’re delivering to customers around the world.”

ASX CEO Dominic Stevens said there had been tremendous growth in the number of technology listings and their performance was impressive, even outperforming the US Nasdaq.

“Over the last three years, the annualised total return from the S&P/ASX 200 has been around 10%, while the return from the new All Tech Index over the same period—if it had existed— would have been over 20%,” he said.

“The All Tech Index recognises the critical mass of technology companies listed on ASX. It provides investors with an opportunity to see how the sector is tracking and gives them a benchmark to measure its performance.”

However, this week has been a reminder for investors that shares can go down, as well as up, with WiseTech seeing around a third of its market cap, worth around $3 billion, vanish this week after telling the market the coronavirus would hit its profitability for the second half of FY20.

The WiseTech share price for mid-February. Chart courtesy of burmaninvest.com.au

Altium shares are also down 15% this week after announcing the coronavirus would also hits its bottom line.

And SME business lender Prospa, which listed on the ASX in June 2019 at $3.78 a share, was smashed last November after revising down its prospectus forecast.  Prospa shares currently sit just under $1.90 after falling again in early trade as the launch of the ATI was being held at the ASX in Sydney.

The growth in tech stocks has also undergone greater legitimacy in recent years from the days of backdoor takeovers that previously predominated tech listings – when a tech venture would buy an ASX-listed shelf mining company on the cheap. The ASX is also lifted its game on its scrutiny of IPOs, most notably in blocking the attempted float of now-failed music streaming venture Guvera in 0216 – a prospectus that horrified tech leaders such as Atlassian co-founder Mike Cannon-Brookes.

Eligibility for the index includes minimum float-adjusted market cap of $120 million, daily traded value of $120,000 and a minimum liquidity threshold of 30%. The ATI won’t have a set number of constituents and its makeup could change with each quarterly rebalance.

Stevens said many of the companies now worth billions on the ASX started as small caps.

The move also appears to be an attempt by the ASX to lure offshore companies down under. The ASX has been a popular capital raising destination for Israeli tech companies in recent years as the exchange courted founders on missions to the region.

Of the five biggest listings last year, only Tyro was an Australian company. Three are US-based, including San Francisco social media company Life360. Irish cloud insurance software company Fineos raised AU$211 million in August for the biggest value IPO of 2019 and will feature on the ATI.

Three of the companies on the ATI are from New Zealand, 40 from Australia, with two from the US.

“International firms, such as those from the United States, New Zealand and Europe, also see the opportunity to list and grow on the ASX market. A number are included in this new index,” Domnic Stevens said.

“[The] ASX will continue to develop the listed technology sector to provide companies with capital to grow and investors with access to exciting opportunities.”

At this morning’s lauch, federal technology minister Karen Andrews said that in just over five years, there have been more than 100 ASX Tech Initial Public Offerings, and in 2019, seven of the 10 highest performing stocks were technology companies.

“Tech contributes $122 billion to our economy, and has the potential to generate an additional $50 billion per year,” she said.

“It is Australia’s sixth largest sector, and employs over 720,000 Australians.” 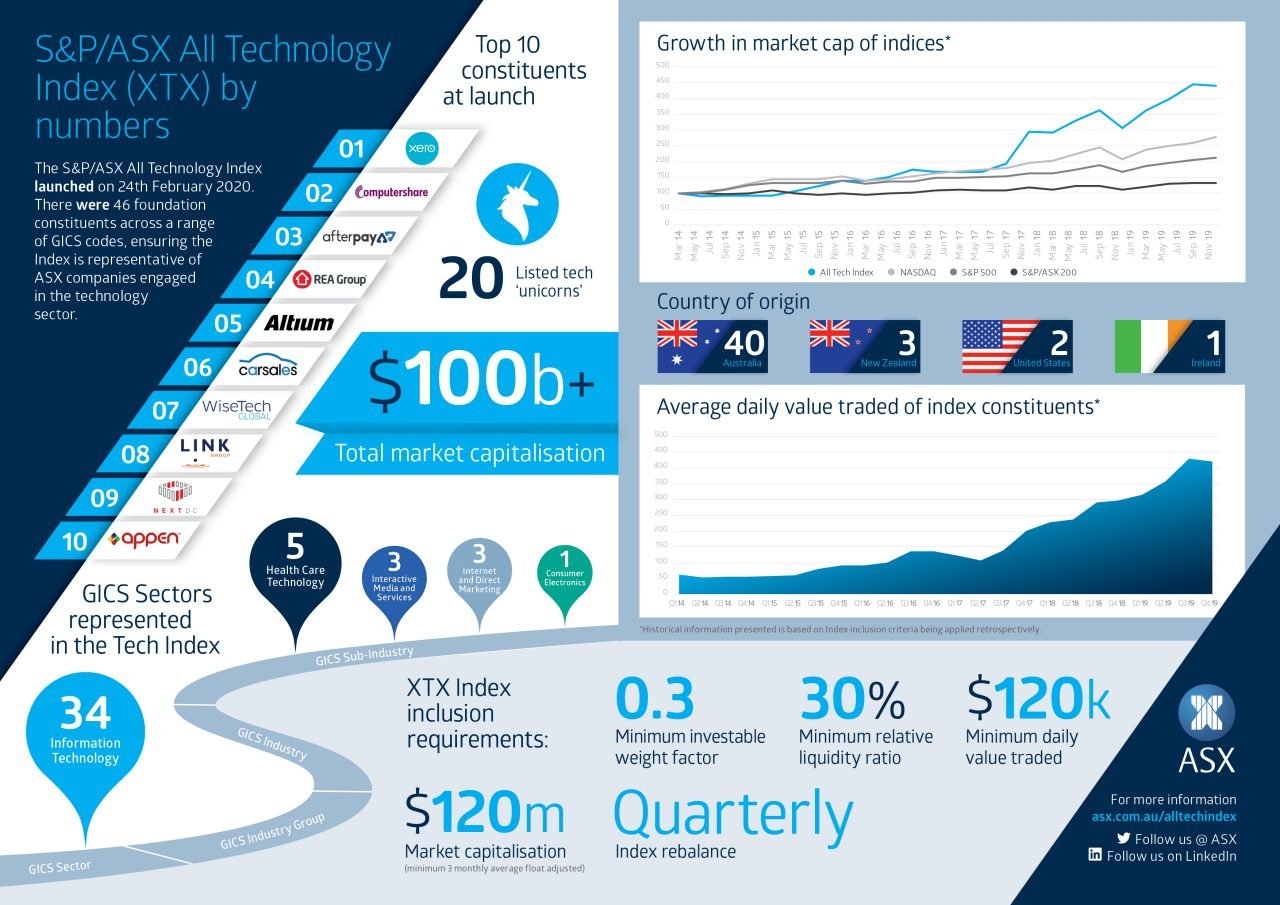 Previous article DiDi’s Sydney expansion is about to make things tougher for ridesharing rivals Uber and Ola
Next article To change the world with tech, you need to make more movies about it
Via News & Analysis
Tags ASXtech stocksXero