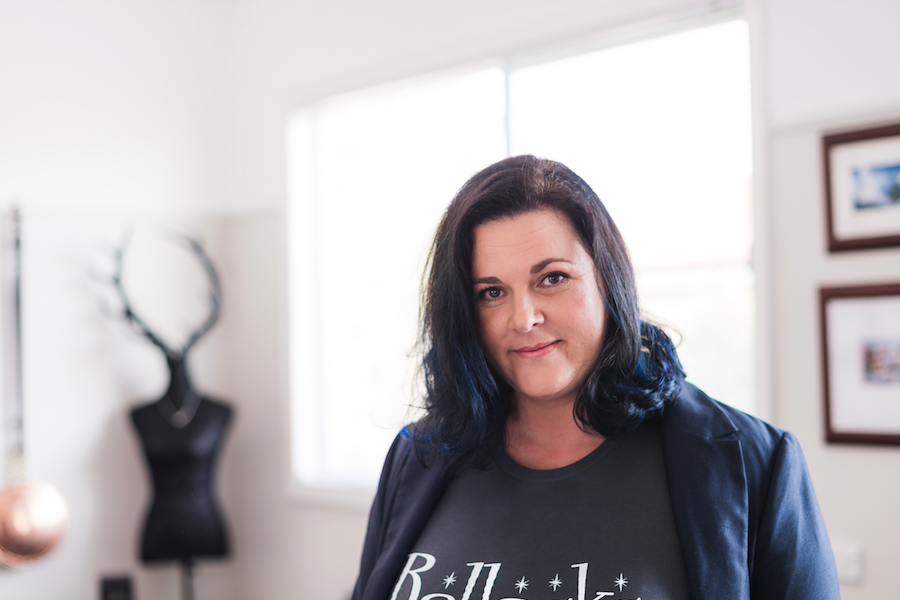 It’s been over 26 years since Salt-N-Pepa encouraged the world to talk about sex (baby), and while studies have shown attitudes towards sex have become increasingly positive and progressive over the last few decades, the way Australians talk about sex and sexuality still often leaves much to be desired.

Looking to shape a new conversation is Jacqueline Haines, founder of sex-focused social enterprise startup Vavven. Formerly the owner of a consultancy in the heavy engineering and manufacturing sector, Haines decided to leave the sector last July in search of a new challenge.

“I sat down and really had a conscious look at what existed, because I wanted to start a social enterprise to effect change. I looked to a few different industries, and the sex industry was one that popped out pretty quick as being a space that was ripe for reframing, so I linked it up with a cause; sexual, reproductive, and health rights,” she explained.

“One of the barriers for entering the social enterprise space is that it’s seen that you need to be a little like Mother Teresa. I want to champion the message that you can do good and earn well, so I decided to put my money where my mouth is.”

The vehicle for change is Vavven, an online platform looking to help people explore their sexuality through a combination of content and ecommerce. The content looks to help readers become more comfortable with various facets of sex and sexuality, which they can further explore through the products sold by Vavven: ethically-made sex toys and lifestyle products.

Vavven then donates a third of its profits to aid organisations that champion sexual and reproductive health and rights around the world.

As Haines explained,  sexual health is sexual development free from illness and violence; sexual rights are the rights of all people to decide freely about their sexuality; reproductive health is the physical, mental and social wellbeing in all matters related to pregnancies; and reproductive rights are the rights of people to decide freely about the number and spacing of their children.

Sex may be everywhere thanks to the ‘sex sells’ mantra, but Haines believes we still have a long way to go with our conversations around the topic.

“In Australian society we can talk about sex and health, we’re sort of okay with that, and we’re definitely okay with sex and reproduction, but when it comes to sex and pleasure it’s not something so spoken about, it’s still very much taboo,” Haines explained.

“If you can’t link those without being taboo, you lose your full ability to effect change when it comes to health.”

So how did Haines get from heavy engineering and manufacturing to the sex industry? She said she began to see shifts in society to tap into.

“There’s this idea now that choice is the new black, we’re liberating and society is changing. I also saw that the European model of dealing with sexuality is very different to the Australian model, where they’re a lot more sophisticated and not as smutty, so I want to bring over the same ethos,” Haines explained.

“We also operate from a gender-less and age-fluid position. We think that even if you’ve hit 40 or 50, you’re still a sexual being, and there’s nobody really operating in that space. The market is also quite fragmented, no one has cornered it.”

After deciding to focus on the sex industry, much of Vavven’s early work was focused on actually finding the ethically-made sex toys it was promising to sell.

The fact the industry unregulated meant the first thing to look out for was the safety of materials, with Haines then spending time researching suppliers whose factory workers are properly paid and work in safe conditions.

“We did have a little while when we only had three products on our supply list, so we were getting a little nervous, but then when suppliers came to understand what we were looking for we began getting a good response,” Haines explained.

The focus on ethically-made means Vavven now stocks a number of designer, handmade products, with the ethics test much easier for these makers to pass than mass producers.

A few months on from launch, Haines said she has been steadily working to get the word out about the Vavven. Social media marketing has been a mixed bag, with Twitter and Instagram largely okay but Facebook’s content guidelines not always allowing posts through.

Haines has also taken on speaking engagements to market Vavven. While she said she “wasn’t silly enough” to underestimate the difficulty of getting into the sex industry, she said she has been surprised by the difficulty people have in talking about sex with other people.

“What I’ve found is, if you talk to people one on one, they’re quite comfortable to have these conversations; it’s quite rare that you’ll have somebody that isn’t interested or intrigued by the conversation. The change comes when you’re in a slightly larger group and there’s this fear that their reaction will be perceived by somebody, and it’s the fear of how somebody else perceives them on this topic that I find really intriguing.”

Haines is exploring funding opportunities to further shift the conversation in 2017.

Previous article Canberra edutech startup Quizling to pitch at SxSWedu Launch competition in Austin
Next article Con Air: startups won’t get away with fabricating lies about the abilities of products and platforms in 2017
Via Profiles
Tags Australiaecommerceethicalethical supply chaininnovationjacqueline hainesnewcastleNSWSexsex positivitysex toysstartupssupply chainvavven