Con Air: startups won’t get away with fabricating lies about the abilities of products and platforms in 2017 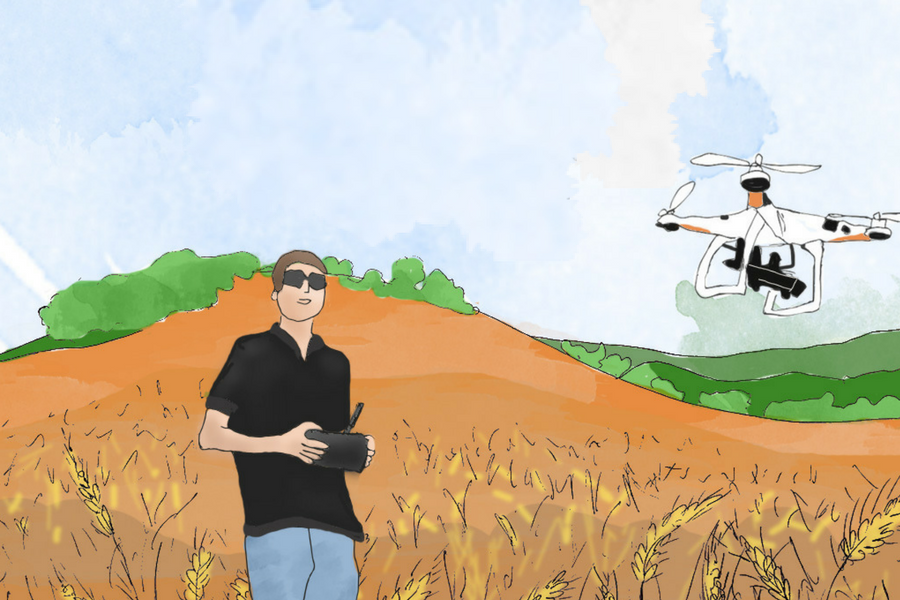 In an open letter that I published on Startup Daily before the start of the new year, I mentioned that in 2016 in particular, startup media really failed to do our jobs properly. We put exclusive headlines and content volume above taking a well-researched approach when it came to profiling new players in the ecosystem. The result is that now we kind of look like a swag of dicks – because time has revealed what most of us should have when we sat down with founders and spokespeople of startup companies and interviewed them.

It is not enough to rely on screenshots and product videos anymore to publish with certainty that a product or service does exactly what we are being told it does. We should experience it ourselves so our words are trustworthy – we owe that to our readers.

Actually, smart startups proactively engage in these types of activities; case in point is Canva – since it first launched into beta and then for every major release since then, target individuals from the media are invited to sit with one of the founders and other key team members in the Canva office, see a presentation on what is being released and then quite literally have access to ‘play’ with the new features under embargo until the news is announced – it is a standard that I think all startups should aspire to.

I think journalists have a responsibility to request such access because press coverage helps create a perception about a subject and perception can be linked back to things like traffic spikes, increased sales and, in some cases, a capital raise.

In the case of the United States-based drone company Lily Robotics, the startup press played a huge role getting the company exposure: it was published in all the major publications, from Recode to Mashable and everything in between. The result: over 12 million views of its product video and an alleged US$34 million in preorders, according to the company – remember the Lily Drone never actually launched on any crowdfunding platform at all.

It was one of the first examples of a successful crowdfunding campaign outside of that environment, which also means they never had to part with a percentage of funds raised to a third party like Kickstarter or Pozible. The downside to not launching on a crowdfunding platform for any company, though, is that while crowdfunding platforms are positioned as being about “funding ideas”,  pre-sales under a direct brand banner usually are not, and in the case of the Lily Robotics website there was nothing that clearly indicated what they were selling was a pipe dream.

A fake it till you make it culture

I do not envy the lives of Antoine Balaresque, Henry Bradlow, or Kelly Coyne, the unfortunate individual who is doing a lot of the frontline communication for Lily Robotics right now. While Coyne perhaps has the ability to show her skills off  as a marketer and public relations professional and move on to bigger and better things in the future, there will always be that question regarding her personal and professional ethics if she knowingly engaged in creating a deceitful marketing campaign that Lily Robotics made money off. She faces a more pleasant immediate future than the cofounders of her soon-to-be previous company, though.

In addition to what is happening from a customer-facing perspective, Lily Robotics is now facing what will be a potentially long and very public court case brought by their state’s District Attorney; pending on that ruling, the case could spark a myriad of other legal battles, including from investors if they were lied to. Don’t forget – in addition to its pre-orders, Lily Robotics raised US$14 million in venture capital from firms such as SV Angel, Spark Capital, and Winklevoss Capital.

However, the biggest mistake the company made, in my opinion, was that promotional video that made it famous.

It is a great sales tool, nobody can deny that. It certainly made me want to buy one. However, as it turns out the most important elements of that video – the parts that show the features in action – were shrouded in a big filthy lie. Those key parts of the promo were filmed using a DJI Inspire drone, and there was nothing in the video that indicated that. In order to give some perspective, Australia has very clear statutory laws in place around companies engaging in misleading and deceptive conduct under the Competition and Consumer Act 2010 (formally in the Trade Practices Act), in addition to common laws around such behaviours.

Lily Robotics is being taken to court by the District Attorney in the United States – in Australia our equivalent approach would be the Australian Competition and Consumer Commission taking you to court. In Australia we also look at individual breaches of statutory law, meaning that if we wanted to get really technical, a case like Lily Robotics could mean that the number of breaches were equal to the number of individual units that were bought via their website.

It hardly seems worth taking that kind of risk in the first place, does it?

Yet the startup ecosystem – and it is a global problem – seems to have a habit of confusing innovation and pushing boundaries with straight up deception. There is a huge difference between taking a calculated risk and telling a lie and hoping the desired outcome manifests out of thin air.

A complacent attitude by prominent players in the ecosystem

The big issue is that as an ecosystem, we seem to have this weird hesitation when it comes to calling founders that have engaged in such deceptive conduct out on their bullshit. Yes, we should be mindful not to kick people while they are down but we should also avoid the current status quo of giving them an encouraging pat on the back and going down the path of the old “onwards and upwards” rhetoric.

It is ok to make mistakes as a startup founder, and in fact it should be expected. But we should not reward or ignore when startup founders tell lies because it is bad for the entire ecosystem. It makes it harder for mainstream society to trust us as a community and it turns us into a stereotype, and once a business sector is categorised like that the reputation is almost impossible to escape – think of the used car salesmen.

The pioneers of Australia’s startup scene have worked too hard to have the goodwill of the sector tarnished. Startups like Alphatise and Sociabl were very early examples in the local scene where we saw the startup brotherhood culture emerge as opposed to founders of note stating that the go-to-market behaviours exhibited by these companies were unacceptable.

A change is coming however in 2017 and the Lily Robotics case could very well be the catalyst. Startups that lie will be caught out: customers expect transparency and entities like the ACCC are going to be taking a lot more notice of the startup ecosystem because it is a major part of the government’s agenda.

You can still aspire to execute on big ideas and be an ethical company. So let’s do that.