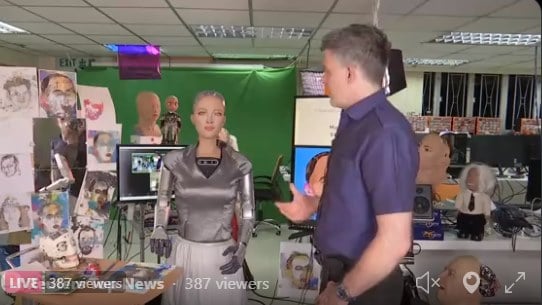 Happy Friday and congrats on making it through another working week

Real estate is one of the world’s oldest hustles in the world, so we were intrigued by a Forbes profile on US startup Pacaso, which is basically a share holiday house platform.

Greycroft Partners led the round alongside Global Founders Capital, and Pacaso also has $1 billion in debt financing.

Forbes describes business model thus: “The company specialises in subdividing vacation homes among multiple owners, in most cases buying them up front and managing use among multiple parties”. Homeowners can share a slice of their place too.

The “billion dollar” venture charges a 12% fee on purchases and then a $100 monthly fee to each owner. A request for financial figures was declined by Pacaso says 500,000 people had visited its website (gee, that must mean Startup Daily is worth several billion dollars) and they’d had 60,000 inquiries.

Greycroft’s optimistic founding partner, Dana Settle, told Forbes: “You don’t even need to own a huge percentage of the market for this to just be a massive company.”

Marriott Vacations Worldwide, the world’s biggest timeshare company, around for 37 years, is worth US$6.7 billion. Pacaso’s founders say they’re not like a timeshare.

Remember the Sophia, the humanoid, AI-laden robot that did the rounds of talk shows a few years back? Well Hanson Robots, the Hong Kong-based company behind “her” is teaming up with Immervision to create a “little sister”, Joyce, with a visual cortex based on Immervision’s tech, which has three ultra-wide-angle panomorph cameras. Sophia will also be upgraded with the same visual cortex.

Hanson CEO David Hanson said: “I believe that strong computer vision like Immervision’s products, combined with embodied cognition of a social robot like Sophia and her little sister JOYCE, will produce in huge leaps forward in useful AI and robotics.”

Immersion is making a development kit available to developers, universities, and technology companies as part of the Joyce project to add additional sensors, software, and AI algorithms to enhance its perception and understanding of the environment to solve computer vision challenges.

Meanwhile, Sophia is also in on the NFT craze. A “hand” painted self portrait of the robot sold for US$688,000 at auction.

The work, “Sophia Instantiation,” was created in collaboration with Andrea Bonaceto, an artist and partner at blockchain investment firm Eterna Capital. He painted an initial version the robot then riffed on.

Yue Lihua, 49, grew up in a poor village in rural China, but is now being hailed as a rising tech star, with his online grocery venture, Xingsheng Selected, valued at more than US$8 billion ($A10.5bn), with sales growing from US$122m in 2018 to US$4.6bn last year.

His rapidly growing business has caught the eyes of Tencent and US investors such as KKR, Sequoia Capital,and JD.com. The Information has the tale of how he wants to turn the company into the online version of Costco. Read it here ($).

Also worth looking at on The Information is the story of Instagram-like social e-commerce platform Xiaohongshu, which is contemplating an IPO in the US, perhaps this year. The Shanghai-based firm at more than US$10 billion, up from its most recent private valuation of US$6 billion. More here.

Flinders University, the federal government and electronic warfare company DEWC T&E, have partnered to establish a Centre of Expertise for Electronic Warfare in South Australia.

The government and university will co-found the centre with $5 million over five years.

He said having a skilled electronic warfare workforce comprising both practitioners and researchers across Defence, academia and industry is key to ensuring future defence capabilities.

Previous article Linktree clicks on $59 million in Series B
Next article Canva: the next Amazon, but for printing
Via Topics
Tags 90 second guide