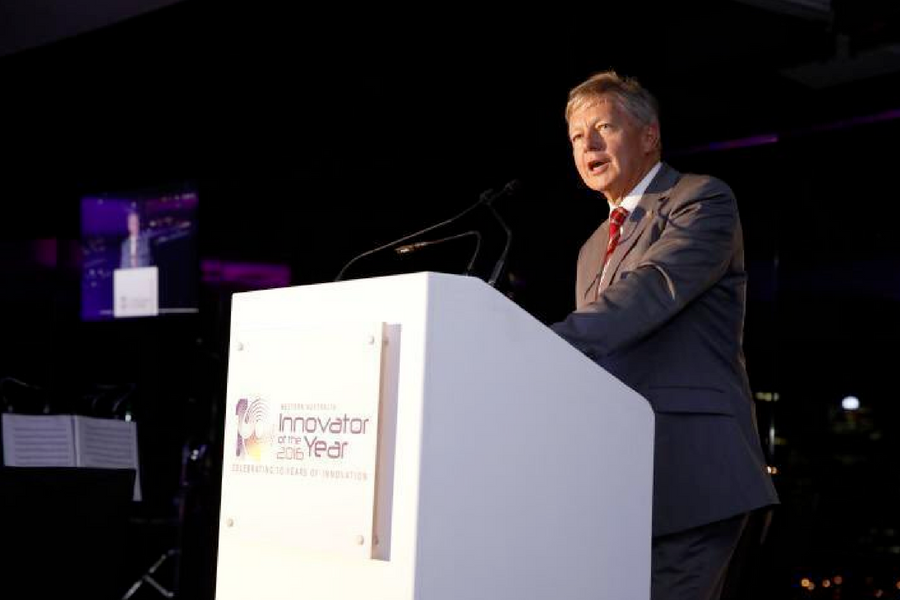 In the year since Malcolm Turnbull launched his innovation agenda, a number of state governments around Australia have followed suit, from Queensland expanding its Advance Queensland scheme to more than $400 million worth of programs to the establishment of the Victorian Government’s LaunchVic body and NSW announcing the development of its own ‘whole of government’ strategy.

The latest to join the fray is Western Australia, with Minister for Innovation, Bill Marmion last night announcing the launch of the state’s own Innovation Strategy at the Innovator of the Year Awards.

Looking to address the key pillars of talent and skills, investment and infrastructure, culture and collaboration, and marketing and promotion, Marmion stated the four year strategy, running to October 2020, will aim to “showcase and commercialise [WA’s] transformational technologies, attract the best and brightest talent and investment from across the globe, and introduce the world to life-changing ideas”.

Rather than bankrolling innovation, however, in his foreword to the Strategy Marmion wrote that the role of government in spurring innovation is to “be a facilitator and an enabler”.

As well as facilitating and enabling, government will also look to be a first customer to innovators, incubator innovations that address government problems, and have innovation programs in all public sector agencies.

The execution of the innovation strategy will be funded the $20 million innovation fund announced in the state budget earlier this year.

The strategy has a core focus on on developing people, through the providing of opportunities for learning, networking, mentoring, and collaborating, and by fostering an environment in which creativity can flourish and ideas can be pursued.

Programs coming under the pillar of talent and skills aim to help retain, attract, and develop innovative and entrepreneurial talent and skills through various activities and programs. This includes continued support of the Innovator of the Year Program, sponsorship of events that showcase WA innovations and talent, and the holding of an annual Innovation Summit, which will include keynote addresses by WA expats.

Under the pillar of investment and infrastructure the government will look to create the WA Startup Program (WASUP), a co-funding program that will see the WA Government co-fund ideas with angel investors. It will also allow for WA trade offices to be used as landing pads for innovators to access international markets, and provide funding for unsolicited bids for proposed innovations that meet a government priority and help solve a problem.

In terms of culture and collaboration, the government will look to help support an entrepreneurial culture by cutting red tape to make it easier for businesses to establish and grow, creating an easier regulatory framework, and being a first customer.

To support this, the government is creating an Innovation Portal, an online directory of sorts allowing people to find opportunities and information across the tech and entrepreneurship landscape.

When it comes to marketing and promotion, the government will look to build on the fact that Perth has been named as one of the world’s most liveable cities multiple times. It will also promote WA innovations both across Australia and internationally through videos, trade missions, and international programs.

While looking to support innovation across all sectors, the Strategy also highlights a focus on “capabilities that are at the core of innovation in the digital age” including automation, data analytics, digital technology, remote operations, and robotics; these are areas in which WA has already developed a degree of capability through the resources sector and the nature of the size of the state.

The government believes these capabilities, combined with the fact WA is “sitting on the doorstep of Asia”, located in the same time zone at 60 percent of the world’s emerging middle class, could see Perth become the go-to destination for Western companies wanting exposure to China and other Asian markets from a “more culturally familiar base”.

The government is set to release a detailed plan for the first year of the strategy.