South Australia gets ready to rocket, with two launches before Christmas 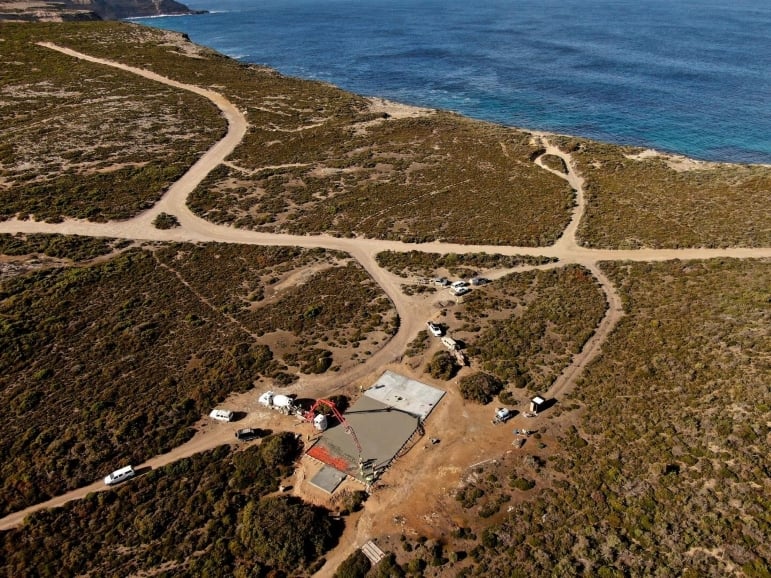 After a severe electrical storm damaged an ATSpace rocket on the launch pad in November, the company has announced that repairs have been completed and they will attempt another launch in the coming weeks, followed by another already planned launch of a second rocket.

ATSpace CEO Dr Yen Sen Chen said they were pleased to discover that the repairs required to the VS03 rocket were less than first anticipated.

“We always planned to launch the VS02 rocket in 2022 and it is fantastic that we can attempt to combine the two missions to be consecutive launches,” he said.

Southern Launch and ATSpace have received permission from the Australian Space Agency to launch the VS02 and VS03 missions from the Whalers Way Orbital Launch Complex on the Eyre Peninsula in South Australia.

Both missions will test the two-stage, sub-orbital Kestrel I rocket’s viability while gathering data on the noise and environmental impacts of conducting launches at the Whalers Way complex in anticipation of future commercial launches.

In the VS03 mission, the 10-metre-tall Kestrel I rocket will carry three South Australian designed payloads to an altitude of 200km at speeds of more than 5000km/h and spend about 10 minutes in space. 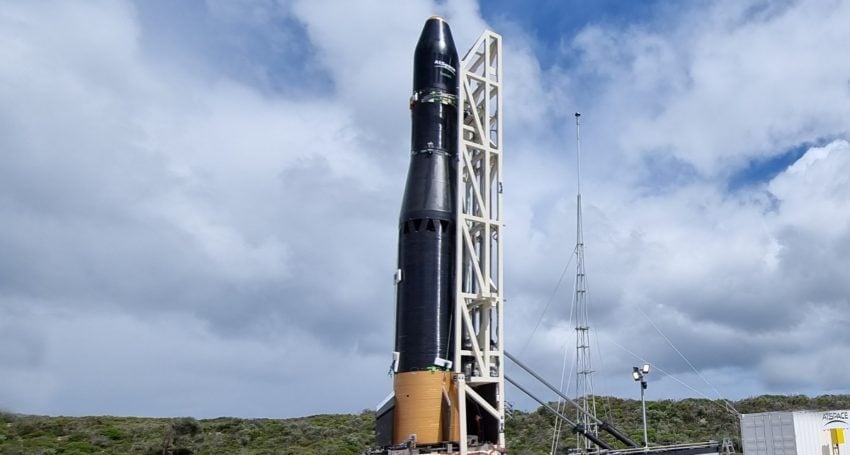 The journey over the Southern Ocean will be tracked onboard through a state-of-the-art payload, reducing the need for ground-level surveillance.

South Australian companies Southern Launch, ATSpace, Asension and Inovor Technologies have collaborated on the VS03 mission.

ATSpace was founded in Australia in January 2021 and is the sister company to TiSPACE from Taiwan.

Inovor Technologies, which provides turnkey spacecraft mission delivery services, built the spacecraft that will house the payloads designed by Asension and Southern Launch.

The sub-orbital spaceflight will allow the companies to test their technologies under launch conditions and monitor the payloads to help inform future space missions.

Ian Spencer, CEO of Asension, said having access to space from Australian soil is a game changer for the company’s R&D efforts.

“This launch will accelerate the development of our technology in a way that has not previously been possible. This means that we can provide greater sovereign capability sooner,” he said.

Dr Yen-Sen Chen said the launch will demonstrate the technical performance of the Kestrel I system.

“This suborbital launch provides us with valuable data to validate our future Kestrel V orbital design,” he said.

“Launching to space is a challenging task and well-planned test launches help us achieve technical maturity.”

Southern Launch chief executive Lloyd Damp said a successful launch will be a “clear demonstration of the future potential” of the Whalers Way site to become a permanent launch pad.

He said that the different payloads will test different communication protocols and they will be able to gain space flight heritage for their satellite components that are planned for orbit in 2023.

While the South Australian government has yet to approve the company’s plans for a permanent orbital space launch facility at the site, Damp hopes that it is a matter of time and gathering the required approvals before space manufacturers can launch their rockets and payloads on-site.

“What we expect to start seeing now is even more companies attracted to Australia, South Australia and our regional areas to start leveraging the capabilities of our state-of-the-art launch facilities,” Damp said.

The company has been working with the South Australian Country Fire Service (CFS) to ensure launches are safe. Part of this includes developing in-house firefighting capabilities and technology that reduces the need for local CFS crews to be on site.

“We have invested significantly in developing in-house firefighting capability and fire suppression systems for the launch pad at the Whalers Way Orbital Launch Complex,” Damp said.

“The launch trajectory for both potential missions is over the Southern Ocean which further minimises the risk of fire.”

In September, Southern Launch formed a sharing partnership with the United States Space Command, the first commercial Australian space company to enter such an agreement.

The United States Space Command tracks more than 47,000 objects orbiting the planet. Under this agreement, Southern Launch collaborates with the U.S. Space Command to ensure its rockets follow a safe trajectory in space.

“The trajectory we’re on now is that we’ll be manufacturing satellites in South Australia in volume within the next few years,” Price said.

“Companies are looking to manufacture constellations of satellites in South Australia. So, there’s a significant industry, both from the point of view of the application of the technology itself and the many ways it can improve our lives, and also from the inspiration that it is going to bring the community to actually get involved in exciting science and technology careers in the future.”

Price said the global market for launches is very competitive and that the successful test launches at Whaler’s Way would keep momentum to secure the manufacture of satellites going in South Australia.

“Other launch sites are appearing in Norway, Sweden, the U.K., and everybody is trying to do what we’re doing in South Australia,” Price said.

“The test launches are part of a  campaign previously approved by the Australian government for three suborbital rocket launches. The construction and operation of an orbital launch facility at Whalers Way is still subject to major development approval from the South Australian Government.”

Damp said launching the rockets on behalf of Southern Launch customer ATSpace and providing access to space for Asension and Inovor Technologies to test their world-class technology brought the leading South Australian companies together.

“The VS03 mission will be a realisation of the incredible work and collaboration that is happening right here in South Australia and testament to our position as the space capital of Australia,” Damp said.